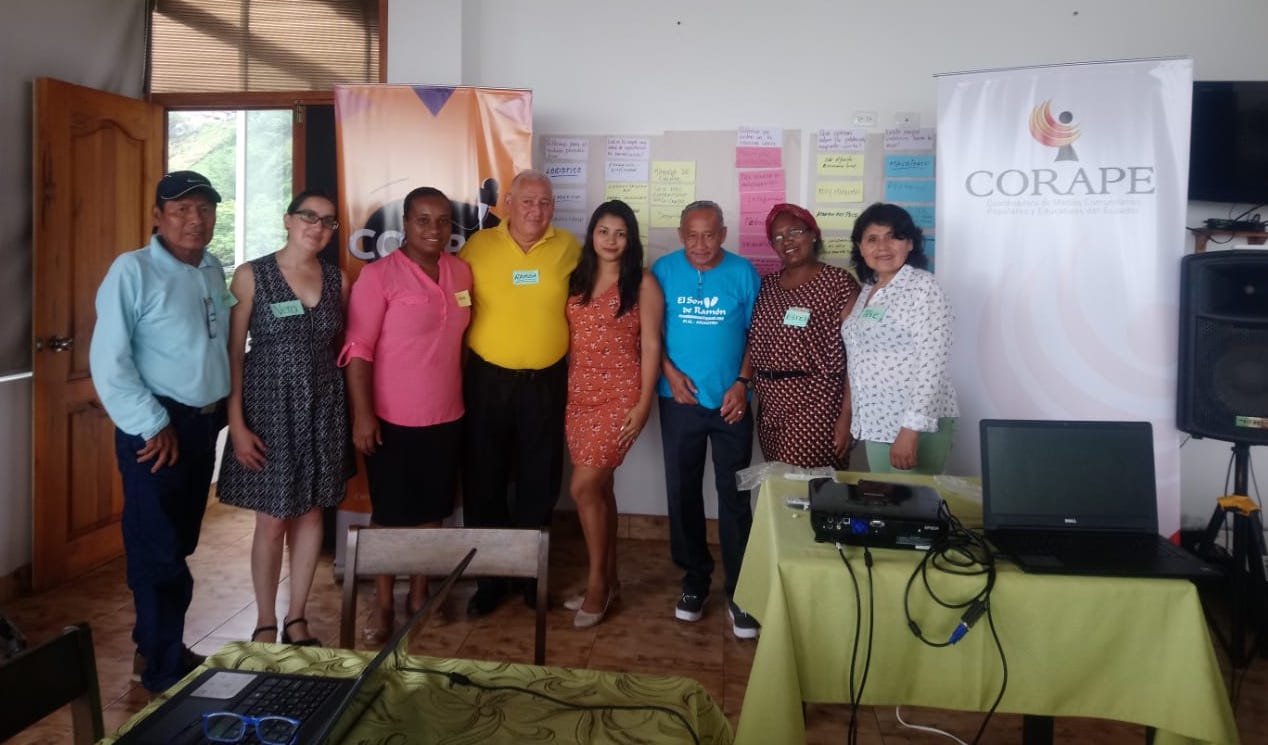 A WACC-supported project has been training Ecuadorian and Colombian citizen journalists on investigative journalism, media production, migrants’ rights, and human security to equip them with new skills that will help meet the communication and information needs of migrants and host communities in their midst.

In 2014, CORAPE launched “Your Voice in the Border Region” (Tu Voz en la Frontera), which trained about 40 citizen reporters to report on peace and migration issues from a grassroots perspective. The project was established to deal with the needs and concerns of Colombian refugees and migrants to Ecuador. It led to the establishment of a loose network of citizen journalists that is still active today.

Since 2017, when thousands of Venezuelans fled their country’s economic and political crisis, the situation in the border areas between Ecuador and Colombia has deteriorated, according to CORAPE.  While migration from Colombia decreased in 2016 as a result of the historic peace deal between the Colombian government and the left-wing Revolutionary Armed Forces of Colombia (FARC), this was replaced by the migration of Venezuelans who left their country through the Colombian border. By the end of 2020, approximately 659,000 Venezuelan migrants are expected to reside in Ecuador; many of them arriving by foot through Colombia. There are now 4.5 million Venezuelan refugees and migrants worldwide, according to the UN High Commissioner for Refugees.

The WACC-supported project seeks to build on the structures and experiences of CORAPE’s Tu Voz en la Frontera network in to help address some of the communication and information needs of migrants and host communities.

“For many years, the peoples of the border have been marginalized by the governments in office, which is why they are plunged into poverty, there is no health care, education, access roads,” Ramón Zambrano, a journalist from the province of Esmeraldas-Ecuador, noted in one workshop.

“The outputs of this project will also feed into WACC’s ongoing migration and communication work in neighbouring Colombia and Venezuela,” said Lorenzo Vargas, WACC program manager for Communication for Social Change. It will also serve the purpose of strengthening alliance with other civil society organizations such as the Jesuit Refugee Service, CARITAS, UNHCR and HIAS, he said. “Ultimately, the project seeks to contribute to the development of an inclusive and right-based narrative of migration to counterbalance growing xenophobic discourse.”

Photo above: Participants at a workshop on communications and migration hosted by CORAPE, with support from WACC Global.