Democracy for All: Beyond a crisis of imagination
21429
post-template-default,single,single-post,postid-21429,single-format-standard,theme-bridge,bridge-core-2.6.1,woocommerce-no-js,qode-page-transition-enabled,ajax_fade,page_not_loaded,,qode-title-hidden,columns-4,qode-child-theme-ver-1.0.0,qode-theme-ver-28.4,qode-theme-bridge,qode_header_in_grid,qode-wpml-enabled,wpb-js-composer js-comp-ver-6.7.0,vc_responsive 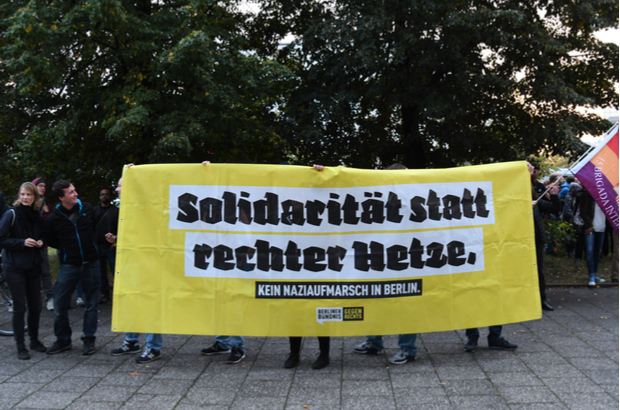 13 May 2019 Democracy for All: Beyond a crisis of imagination

This article sets out the conclusions of a year-long research project led by CIVICUS, the global civil society alliance. Our consultations heard the voices of people from around 80 countries. Civil society leaders, activists and stakeholders shared 54 written contributions and provided 97 interviews, while 26 democracy dialogues – informal citizen-led discussions on challenges with and hopes for democracy – were convened in countries around the world.

In country after country, democracy is under attack. In many countries, we see democratic regression and the withdrawal of democratic freedoms. We see the rise of polarising politics and the cult of the strong-arm leader. We see right-wing populism on the march. At the same time, profound global problems such as climate change, inequality and conflict are left largely unaddressed. Everywhere around the world, people are unhappy with the limited forms of democracy they experience.

Our consultations tell us that people want more democracy, not less. In the many countries that do not have functioning institutions of representative democracy, people want them, but in countries where these exist, people want more, and demand more participatory, deliberative and direct democracy. In our consultations, people overwhelmingly expressed the view that democracy is the best form of governance, even though it presently falls far short of its potential. People want democracy both because it enables better decisions to be taken and decision-makers held more accountable, and because there is a fundamental human need to have a voice and influence over the circumstances of our lives.

A new vision of democracy
If we are to have the kind of democracy where people have agency and their voices are heard, we believe three fundamental shifts are needed.

1. Governance defined by local needs and aspirations: We need to see democracy as a process that has participation at its heart and is open to all. We need much more local and community-level participatory democracy, including devolved and decentralised governance that allows communities to develop their own locally grounded solutions to the challenges they face. We need more deliberative democracy, through such means as citizen assemblies. We need more direct democracy, providing there are safeguards against the majoritarian abuse of power and manipulation of instruments of direct democracy by political leaders. All systems of democracy need to be open to a wide variety of viewpoints and respect the rights of minority voices to be heard.

3. A democratised economy that works for all: All the institutions of democracy will count for little if our economies remain under the control of super-rich elites. We all need to have more say in economic decision-making and to have an equal say in political decision-making, rather than one that is determined by our economic status. We need to transition to a post-growth economy focused on the better distribution of what we have and can generate for all, the provision of quality essential services that can be accessed by all, and the ability of all to participate in the management of our resources.

Key current challenges
Clearly, the present-day situation falls far short of this expansive vision of democracy. Key challenges of the day identified in our consultations include:

• Flawed elections and governance institutions: Various indices of democracy point to democratic decline. In many countries, elections lack substance and are performative and ceremonial. Even when elections are more free and fair, they exclude groups of people or fail to deliver adequate choice. The ability to participate and express dissent, and civil society’s ability to act, are often clamped down upon around elections. Incumbents are often unfairly advantaged. Flawed elections can cause people to withdraw from participation, leaving the field open for extremist alternatives.

• Skewed economics: Tiny elites control our economies, and the gap between the obscenely wealthy and everyone else is increasing. Economic and political elites are tightly enmeshed, such that the super-rich are able to skew political decision-making in their favour: as economic inequality increases, policies to address inequality become less likely. Almost all of us are shut out of economic decision-making. Workplace democracy seems an impossible dream for most. Large, transnational corporations have penetrated decision-making at the international sphere too.

• Narrow development approaches: Approaches to development have increasingly become top-down, technocratic and oriented around mega-projects and the promotion of economic growth in ways that most benefit the wealthy. It is harder for citizens to exert democratic accountability over development projects, and corruption flourishes in the absence of accountability, impacting on democratic freedoms. People are increasingly not asked or trusted to define their own development needs.

• Exclusion: While we are all excluded from economic decision-making, marginalised and minority groups are particularly so, and have long been excluded from many political systems. Now increasing political polarisation is widening divides, and right-wing populists are targeting excluded groups and encouraging their supporters to attack them. In many contexts, culture wars are being waged, framed around notions of citizenship and nationality that are deliberately exclusive rather than inclusive. These deny people the power to express their views and participate.

• Global democratic deficits: States that are repressing democracy at the national level are also doing so at the international level, making it harder for citizens to influence international institutions. International institutions are being attacked and weakened by right-wing populist leaders. They are also increasingly being targeted by highly conservative groups that position themselves within the civil society arena to take advantage of and skew consultation processes.

• Democracy in civil society: In civil society, we are being questioned about how democratic we are in practice, not least in the light of recent high-profile scandals that have exposed worrying deficits in our internal practices and posed troubling questions about how strongly we adhere to our values. Our policies may not enable those who work and volunteer for us to have a voice. We often fail to connect with citizens and understand their needs, particularly those who may not share our values and ways of seeing the world. Within the civil society sphere, democracy is undermined by the rise of anti-rights groups.

Civil society leading the response
But the news is not all gloomy. Across the world civil society is responding and making democratic progress. Mass movements sparked apparent democratic breakthroughs by ousting corrupt and autocratic leaders in Armenia and South Korea. In West African countries such as Burkina Faso and Senegal, young people have led, mobilising creatively to stand up to autocratic rulers who tried to extend their time in office. Malaysia’s ruling party was finally defeated after more than six decades of entrenched power, with civil society’s campaigning against corruption and electoral abuses pivotal. In The Gambia, united civil society action helped force a longstanding dictator to accept the people’s verdict. In Paraguay, attempts to change the constitution to allow the president to stand again were dropped following mass protests. In Tunisia, concerted and coalition-based civil society action prevented democratic backsliding following revolution.

The MeToo and Time’s Up movements mobilised huge numbers of people, changing the debate about the status of women in societies and workplaces, not just in the USA, but around the world. In Ireland, civil society showed how citizen assemblies and referendums can advance rights with a successful campaign to change the abortion law, marking a victory for women’s sexual and reproductive rights.

Away from the headlines, our contributors offered many other examples of how civil society is stepping up to make the difference. Despite civil society’s many efforts, we are clearly still a long way away from our expansive vision of democracy. But there are steps we can all take that build on our responses so far.

1. Building better institutions at every level

• Making elections more free and fair: We can advocate for independent election management bodies, high standards of conduct and acceptance of dissent during election periods and fairer and more proportional voting systems. We can undertake and support citizen-led election monitoring and reporting. We can challenge the exclusion of candidates and voters from marginalised groups.

• Building greater participation: We can model, demonstrate and call for forms of participatory, deliberative and direct democracy, such as community parliaments, citizen assemblies, referendums that arise from popular will and are geared towards extending justice and rights, online petitions and other forms of participation in decision-making enabled by social and mobile media. We can develop and deliver high-quality civic education that encourages participation and teaches people to respect and value democratic freedoms.

• Building alliances: We can build stronger and broader alliances to defend and expand democracy. We can work to combine short-term and long-term, online and offline and spontaneous and organised actions. We can reach outside civil society to form alliances with independent parliaments and judicial institutions, election management bodies, the media, businesses that share our values and governments that support democratic values and freedoms.

• Brokering unusual conversations: We can strive to reach beyond those who agree with us and start conversations with those who don’t. We can reach out to the people we normally fail to reach. We can offer disaffected citizens positive platforms to express their views and participate. We can create spaces where polarisation can be addressed, dialogue beyond political divides fostered and reconciliation between opposing groups promoted.

Civil society leading by example
We in civil society need to take the lead in reimagining democracy, because civil society is the sphere of dialogue, innovation and reinvention. But we must lead by example in democratising ourselves and demonstrating that we adhere to exemplary transparency and accountability standards, including by making citizens the primary focus of our reporting and enabling them to participate in our decision-making. We need to experiment in and model workplace democracy and change our leadership styles to do so. We need to learn from the horizontal leadership styles of contemporary social movements and feminist movements.

We must take on these challenges and show leadership because today’s events show that democracy is lacking almost everywhere, and everywhere it is fragile, even in contexts where it was believed that arguments for democratic freedoms had long been won. In response, we must step up our action and create the spaces where active citizenship is lived and becomes real. We need to think big and be bold. We need to renew, revitalise and reimagine democracy.

The CIVICUS document can be found here.

Photo above: Police and protesters during right-wing Anti AfD protest near Alexanderplatz, Berlin. By Paul Velesco/Shutterstock