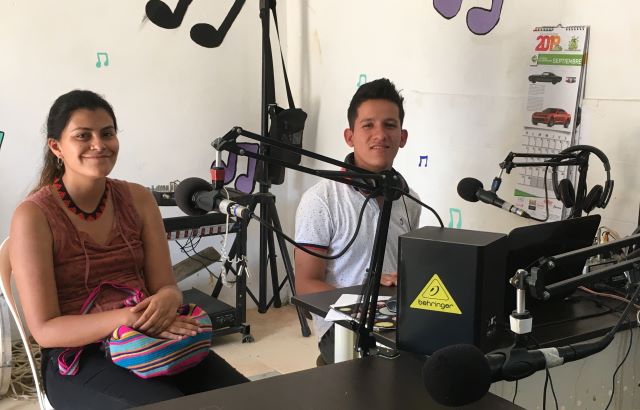 On February 13,  World Radio Day, WACC Global joins UNESCO in urging radio stations worldwide to “uphold diversity, both in their newsroom and on the airwaves.”

WACC also encourages its members to celebrate the contributions of community radio, which remain the most accessible medium for disadvantaged and far-flung populations to share their views, ideas and problems, to get information, and to be heard by policymakers.

“Radio is about voice. And when that voice belongs to an individual or community of which one is part, its impact is all the greater,” said WACC General Secretary Philip Lee. “That’s why authenticity and diversity are so important and why WACC advocates the broadest possible range of voices in public broadcasting.”

For decades now, WACC has helped build the capacity of dozens of community broadcasters to enable people to exercise their communication rights by promoting democratic participation, to have access to knowledge and to contribute to sustainable development.

Member states of UNESCO proclaimed World Radio Day in 2011, and the UN General Assembly adopted it as an international day in 2012.

“Radio is a powerful medium for celebrating humanity in all its diversity and constitutes a platform for democratic discourse,” said UNESCO on this year’s observance. “This unique ability to reach out the widest audience means radio can shape a society’s experience of diversity, stand as an arena for all voices to speak out, be represented and heard.” In this regard, said UNESCO, there must be pluralism in radio ownership by having a mix of public, private and community broadcasting. Newsrooms must also represent diverse groups in society, and there must be “a diversity of editorial content and programme types.”

There are about 44,000 radio stations worldwide, and at least 75% of households in developing countries have access to radio, according to UNESCO.

Photo above: At Tayrona Estereo, the community radio station for the Kankuamo people in their Indigenous territory at Sierra Nevada de Santa Marta, Colombia.