A WACC Global-supported project in Ecuador is contributing to the development of an inclusive and rights-based narrative on migration by producing new radio and web content that serves as a counterbalance to xenophobic discourse in the country.

The trainings, initially planned as four-day long workshops, had to be conducted online because of the global Covid-19 pandemic. Participants later produced stories around migration and its impact on human mobility, economic issues, peace, culture, education and gender. Stories were shared via radio stations and a web platform, which reached between 120,000 to 500,000 people in the border region, said Corape in a project report.

Corape said the project has helped ease tensions in the border regions, noting that despite many health and economic challenges resulting from the pandemic, “most border communities continued to express solidarity towards migrants.”

The project also helped journalists develop new skills and contributed to the revitalization of the network, said Corape. 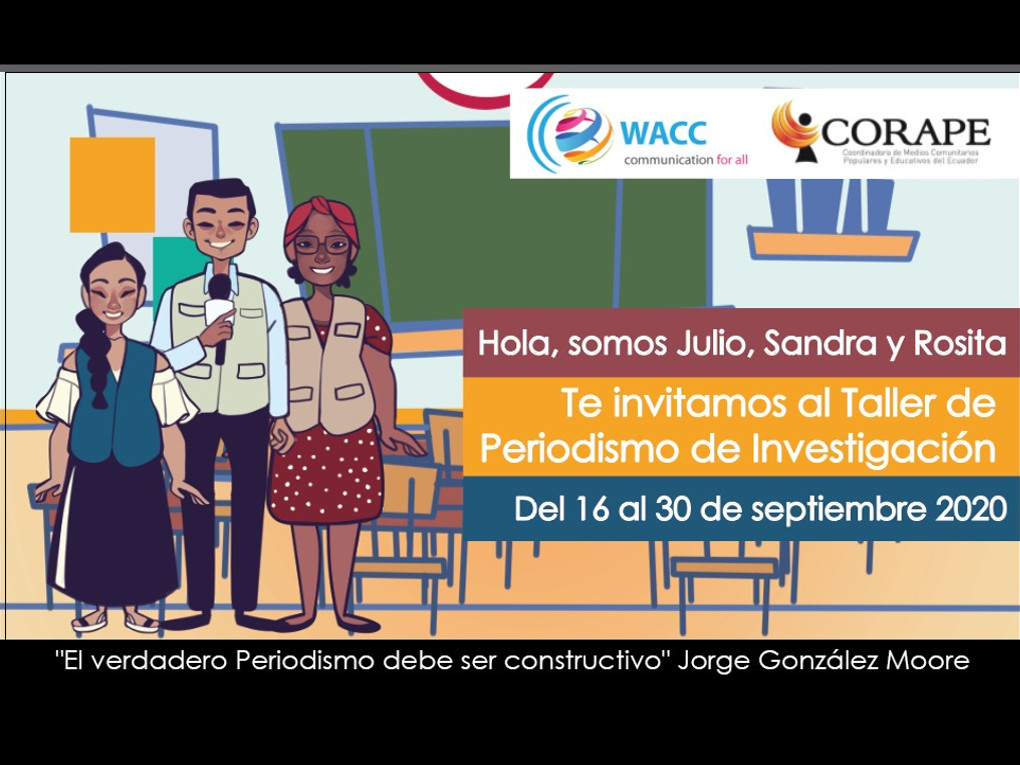 Earlier in 2014, Corape launched the project, Your Voice in the Border Region (Tu Voz en la Frontera), which built the capacity of some 40 citizen reporters belonging to community and alternative media outlets to report on peace and migration issues from a grassroots perspective. The project, which was launched in response to the deteriorating security and migration situation in the border areas between Ecuador and Colombia, led to the establishment of a loose network of citizen journalists that is still active today.

Since then, the situation in the border areas between Ecuador and Colombia has deteriorated. “Security issues continue, but the situation has become more complex as a result of the mass exodus of Venezuelans for other Latin American countries,” said Lorenzo Vargas, WACC Program Manager for Communication for Social Change. In 2018, more than half a million Venezuelan migrants fled to Ecuador, according to the UN. “Major issues affecting migrants include access to the labour market, accessing basic services, integration, and dealing with growing xenophobia,” said Vargas. “In this context, this project sought to build on the structures and experiences of CORAPE’s Tu Voz en la Frontera network in to help meet some of the communication and information needs of migrants and host communities.”

Above: A Venezuelan migrant in Imbabura: “Venezuelans can contribute a lot in Ecuador, we only ask for work.”