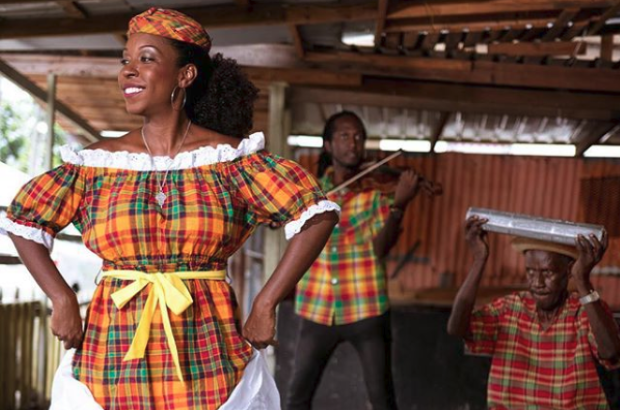 Posted at 09:30h in News, WACC Caribbean by Staff 0 Comments

Embert Charles, WACC president-elect, is scheduled to deliver a talk on the Kwéyòl language on Thursday, May 9, in Toronto.

Charles was invited by York University in his capacity as chairperson of the board and former executive director of the Msgr. Patrick Anthony Folk Research Centre (FRC) of Saint Lucia.

Established in 1973, the FRC has been a “repository for cultural heritage, a vehicle for research, study, recording and promulgating Saint Lucia’s rich heritage,” according to its website.  [The FRC headquarters was destroyed by a fire on March 25, 2018 and resulted in the loss of Saint Lucia’s major collection of cultural and historical artefacts. A rebuilding fund has been launched and members continue their restoration efforts.]

As one of the principal vernacular cultural institutions in the Caribbean, the FRC has been at the forefront of the Kwéyòl language movement. Kwéyòl, a French-based Creole language, “is unique despite the fact that it is easily understood by Creole speakers in Martinique, Guadeloupe, French Guyana and Dominica where there are varying degrees of difference,” says its website. “It plays a central role in local culture, religion, politics and economics and serves as an appropriate link for Creole speakers in the Americas and in the Indian Ocean.”

FRC’s public awareness and promotion of Creole culture culminates each year with what has become one the largest and most popular cultural festivals in Saint Lucia,  Jounen Kwéyòl  (Creole Day), celebrated at the end of October, during Creole Heritage Month.

An experienced communication and media specialist, Charles has been one of the prime movers in the research, documentation and teaching of traditional and vernacular culture of Saint Lucia and the eastern Caribbean. Charles has an MA in Telecommunications Regulation and Policy from the University of the West Indies, Jamaica, and an MPhil in Development Studies from the University of Sussex, United Kingdom.

“Traditional knowledge, the Kwéyòl language and public policy in the small nation state” will be held at A Different Booklist Cultural Centre , 779 Bathurst St., at 7 p.m. The event is organized by York University’s Cultural and Artistic Practices for Environmental and Social Justice, Faculty of Environmental Studies and the Centre for Research on Latin America and the Caribbean.

Photo above: Jounen Kwéyòl  (Creole Day), celebrated at the end of October, is one of the most popular cultural festivals in Saint Lucia. By @wavemakerphotos/Instagram