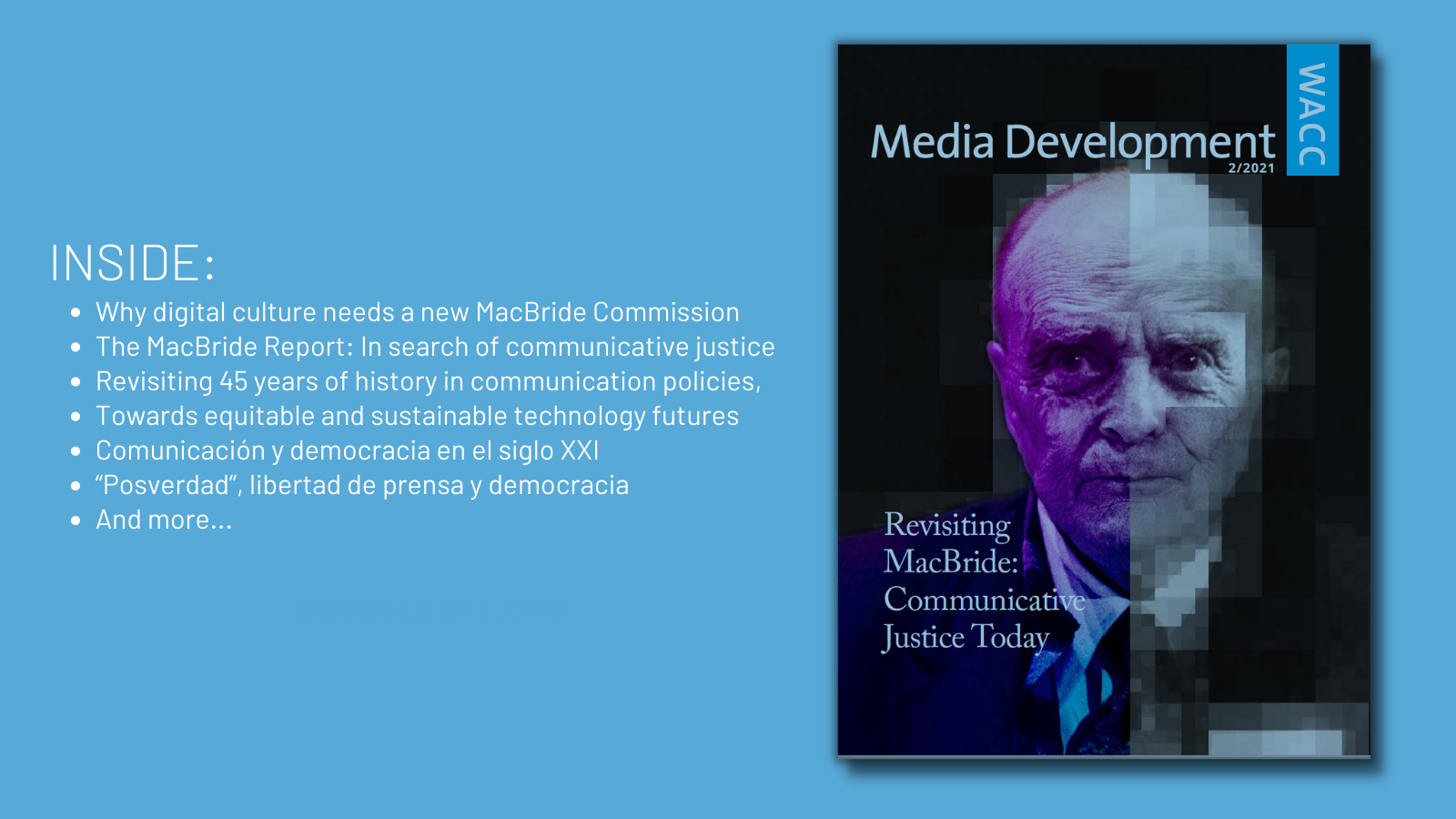 What the MacBride Commission might have to say “about inclusion, exclusion, and social progress in the world taken over by digital technologies of all kinds” is the focus of the latest issue of Media Development, WACC’s quarterly journal, according to its editor Philip Lee, who is also WACC’s General Secretary.

Forty-one years ago, the Commission, named after its chair, Nobel laureate Sean MacBride, published its groundbreaking report, “Many Voices, One World,” which called for a “new world information and communication order” and the democratization of information. It also argued that “communication is a basic individual right, as well as a collective one required by all communities and nations.”

In her article Why digital culture needs a new MacBride Commission, University of Amsterdam associate professor Stefania Milan states that contemporary digital culture is in dire need of a new MacBride Commission “able to produce a comprehensive critique of the state of play, and to identify corrective policy measures and directions for activists and practitioners to follow in the attempt to reclaim the central role of communications for human development.”

Milan, who teaches New Media and Digital Culture, notes that the legacy of the Commission has particular relevance and resonance today. “Its criticism of distorted market forces in the media and communications sector is dramatically current. On the one hand, platform monopolies enjoy an unrivalled power over users and states alike,” she states. “On the other, technological innovations potentially introduce new reasons to worry – think of artificial intelligence technology.”

Cees J. Hamelink, University of Amsterdam emeritus professor of international communications, argues otherwise in his article, The MacBride Report: In search of communicative justice. Creating a 2021 version of the MacBride Commission “however well-intentioned…would not be a very realistic or even meaningful project,” he writes. “The time for commissions of wise men and women to deal with burning global issues belongs to the past,” and reflected the “old belief in wizards who have the power to wave their magic wand to solve perplexing problems.” However laudable their recommendations were, they “failed in the real-life confrontation with narrow political interests, commercial objectives, and the failures,” he states.

Instead, Hamelink argues, “The “many voices, one world” theme of the MacBride Commission will in the 21st century have to be dealt with from the bottom up. No longer as a debate on a new global order or a global re-set, but in the form of inspirational local initiatives that should be supported by such global organizations such as WACC and the IAMCR (International Association for Media and Communication Research).”