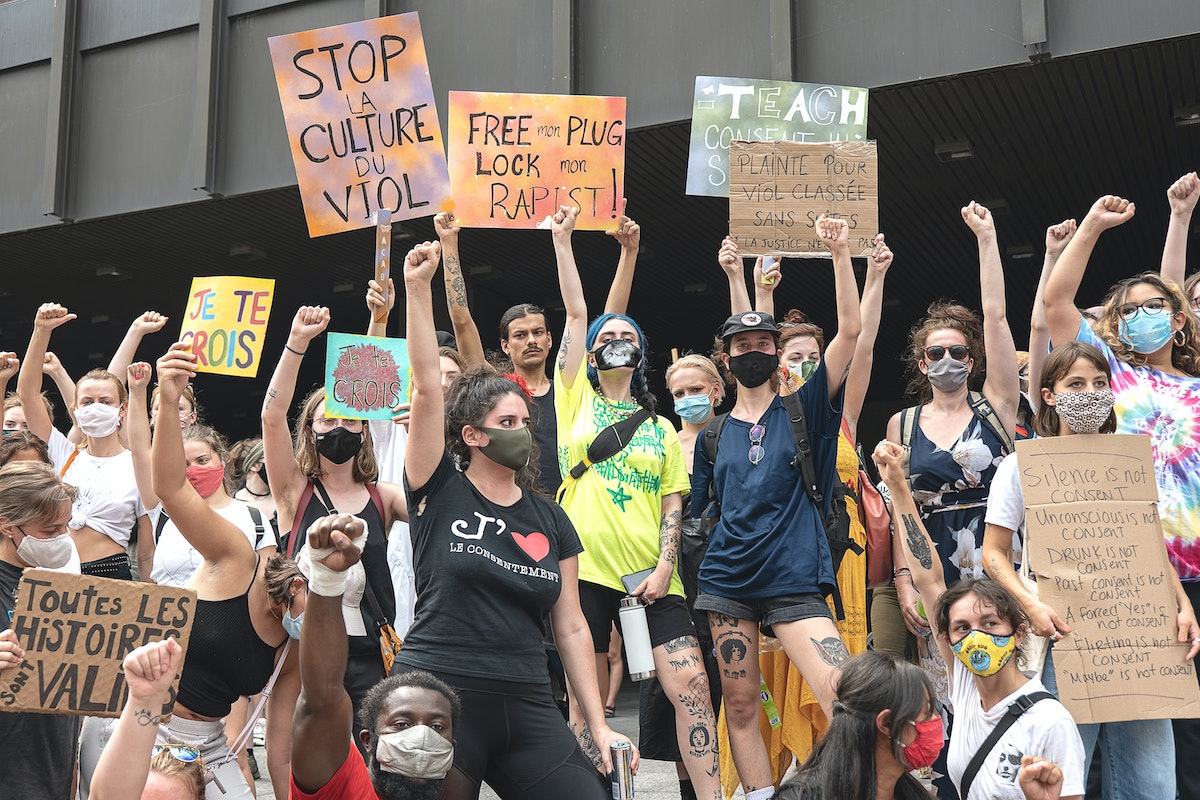 The news media need to reconsider their “run-of-the-mill approach” to reporting on gender-based violence (GBV) if they wish to become part of the solution to this lingering global issue, said Sarah Macharia, WACC programme manager for gender and coordinator of the Global Media Monitoring Project (GMMP).

For the most part, “the news media have hindered rather than helped fight gender-based violence,” said Macharia in a press seminar conducted June 16 by the World Council of Churches (WCC) in preparation for its 11th Assembly August 31-September 8, 2022.  The Rev. Nicole Ashwood, programme executive, Just Community of Women and Men, also gave a presentation on Thursdays in Black, a campaign started by the WCC in the 1980s as a form of peaceful protest against violence and rape.

The press seminar was held as part of a proposal by WACC and WCC to build a coalition of rights-based, ecumenical, and developmental partners acting to strengthen and advance a media environment that is more equitable, sustainable and inclusive of girls, women and marginalized groups.

Saying nothing about violent masculinities and misogyny, leaving out women’s perspectives, treating GBV as “isolated incidents rather than a pattern, a system, a culture that upholds this type of violence as natural and normal,” are some examples of “run-of-the-mill” reporting, said Macharia.

Macharia underscored the importance that media play in shaping public opinion and perspectives. “Our world is not compartmentalized into the secular and the faith-affiliated, but our lives and experiences weave through both,” she said. “In general, the news media tell us what to think about and how to think about it.” Faith-based media, she added, should help us understand, interpret and respond to issues through the filter of faith.

Macharia cited an example of how, without proper context, news reports about violence could be seen simply as acts of violence.  On May 25, 2022, among the world’s top stories were the deadly school shooting in Texas, an elderly woman in India beaten to death by her son, and Russia’s continuing assault on Ukraine, she said. “The uncritical reader or listener may think that the only common link across these stories is deadly violence. But there are at least two more.”

A second thread weaving these incidents together is “the culture of macho masculinities that is pervasive in most societies the world over,” she said. “Research indicates that historically, 98% of perpetrators of mass shootings in the U.S. identify as male; war has been waged almost exclusively by men with few exceptions and; gender-related killings of women and girls are committed primarily by men,” she said. “Only 2% of war reporting focuses centrally on women,yet, the evidence indicates sharp gender differences in experiences of war.”

A third thread, she said, “is a pattern of gender blindness in news media reporting on these and other violent crime incidents, as evidence from WACC’s Global Media Monitoring Project reveals.”

The 6th GMMP shows “near total invisibility of gender-based violence in the main stories of the day in legacy and digital news media,” said Macharia. GBV stories account for less than 1% of of articles in print, radio and TV news bulletins, on news websites, and in posts shared by news media organisations on Twitter, she said.  GMMP data also show “gender-blindness or gender neutrality on highly-gendered issues and events,” said Macharia. She cited how four out of five news stories on gender-based violence either support or do nothing to clearly challenge gender stereotypes,

Women are also “relatively invisible in news about war and state-based violence, being only 12% of the subjects and sources in the stories despite common knowledge on the disproportionate impact of war on women,” she said. “Only 2% of war reporting focuses centrally on women, yet, the evidence indicates sharp gender differences in experiences of war.”

Macharia asked: “How could the standard of professional news journalism be raised to align with the aspirations of half the news audience who desire and have a right to live a life free of violence?”

She offered some examples from the Gender-ethical journalism resource kit and media-house policy published by WACC and the International Federation of Journalists.