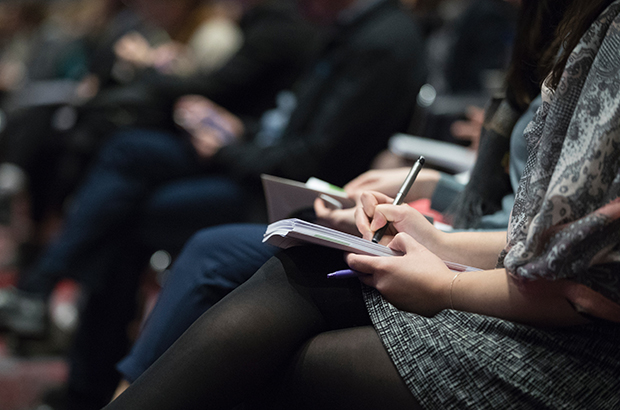 “The absence of substantive education about gender issues and newsroom culture in university journalism courses, helps to maintain systemic gender inequality in the industry” (Louise North, 2010).

The Beijing Fourth World Conference on Women (1995) Section “J” on women and the media, called attention to the centrality of media and ICTs for gender equality. Echoing the Beijing Platform for Action (BPfA), the 47th Session of the Commission on the Status of Women in 2003 noted the responsibility of these industries to end discrimination against women. Most recently, Sustainable Development Goal 5 also referred to the role of media and ICTs in women’s empowerment.

However, progress has been slow and some areas have moved backwards – for example, the extended proliferation of violence against women in media and digital representations. A potential reason for the lack of progress is the absence of gender mainstreaming in higher education and of curricula that are gender sensitive within media and journalism programs globally. These institutions prepare future media and ICT professionals and journalists.

Changes in curricula must be relevant to and meet the needs of communication and information industries whilst also educating emerging media and journalism practitioners to understand the importance of creating gender sensitive media structures and content. To date they have most primarily concentrated on technological innovation but not in the implications of the production of content for gender equality.

Evidence
Since the publication of the Beijing Platform for Action (BPfA) in 1995, institutional efforts were concentrated in combating sexist stereotypes in media and ICT content. Gender sensitivity in media and journalism education was not regarded as the starting point to change media content and operations. It has been thanks to the influence of feminist scholars who, in linking with activists and women media workers, have called public attention to this issue, that education has been recognized as a strategic domain to promote change.

Most recently, the UNESCO UNITWIN University Network on Gender Media and ICTs has claimed the centrality of gender mainstreaming in the curricula of communication and journalism schools, to combat gender inequality in those industries.

Teaching gender issues in journalism and communication schools has to do with understanding the construction and impact of the gendered production of media content, and also with the status of women in newsrooms, professional career opportunities, equal payment, and eradication of sexual harassment, among other issues (North, 2010).

According to Gertseema (2014), gender mainstreaming in journalism was adopted first by the Inter Press Service News Agency, which implemented this policy in 1994 to improve gender equality in both media structures and news content.

Following this, in 2012 WACC and the IFJ together launched the Learning Resource Kit for Gender-Ethical Journalism and Media House Policy, a resource to promote gender ethical journalism. The kit is based on the insights of media practitioners, educators and scholars from all regions of the world. It includes guidelines for gender equality in media contents and encourages dialogue within media structures and self-regulatory bodies and NGO’s.

Implementing the gender mainstreaming principle in the media and journalism education field, relates to a diversity of dimensions:

Based on this model, the South African NGO Gender Links conducted an audit of gender equality in media and journalism education in two Namibian universities. Findings revealed lack of a formal gender policy at the institutional level and the absence of gender mainstreaming in the curricula. They also revealed a dearth of gender specific courses and a lack of mechanisms to mainstream gender into undergraduate programs.

The audit made evident that the incorporation of gender-related issues mostly depends on the lecturer’s own knowledge and on her/his feminist interests (Made, 2009); a situation that resembles the broader reality of media and journalism courses across the world.

Indeed, similar results were found by North (2010) in a national study which included 30 universities in Australia. According to the study, no academic journalism program in Australia offers courses that address the portrayal of women in the media, neither gendered media culture nor gendered production of content. A few of them just include some aspects of gender in unit synopses. Also, women students outnumber men in communication and journalism programs in a ratio between 2:1.

However, according to North (2010, p. 104) there is an institutional resistance to including feminist theoretical or critical pedagogies in Australian journalism curricula. Thus, the lack of gender mainstreaming in curricula seems to be the consequence not only of the beliefs, values, knowledge and experiences of the course developers but of a patriarchal structure that resists the introduction of the feminist perspective in teaching (North, 2010).

Although there are exceptions, in most of cases female out-number male students, when they enter the professional field, and they tend to have lower status. They occupy the lower-income positions and have difficulty reaching parity within media and ICT industries – including in gaining senior and managerial roles in media organisations – which has an impact in media content.

Why is there still resistance to introduce gender mainstreaming in the curricula of journalism and communication schools? Louise North offers some insights that inform this question:

“To find reasons why journalism education should embrace gender in its curriculum, one just has to ask why men dominate in the editorial hierarchy. Why is sexual harassment a continuing problem in the newsroom and effectively unaddressed by media organisations and the industry union? Why is there a disproportionate number of men graded higher than women of equivalent industry experience? And why are women more cynical about the industry?” (North, 2010: 111).

Recommendations
In view of the evidence, the UNESCO UNITWIN University Network on Gender Media and ICTs issues a strong call to member States, UN agencies, universities, media and ICT industries to implement the actions listed below:

References
Gertseema, M. (2014) “Gender mainstreaming in media and journalism education”, in Vega Montiel, A. Gender and Media: A Scholarly Agenda for the Global Alliance on Media and Gender. Paris: UNESCO / IAMCR. pp. 70-73.

Made, P.A. (2010) Gender in media education: An audit of Gender in Journalism & Media Education and Training. Johannesburg: Gender Links.

The Gender, Media and ICTs University Network is a UNESCO UniTWIN (the abbreviation for University Twinning and Networking Programme). Supporting education and research on media, information and communication technologies, the Network specifically aims to promote gender equality and women’s participation in and through media on a global scale through research, education and advocacy.