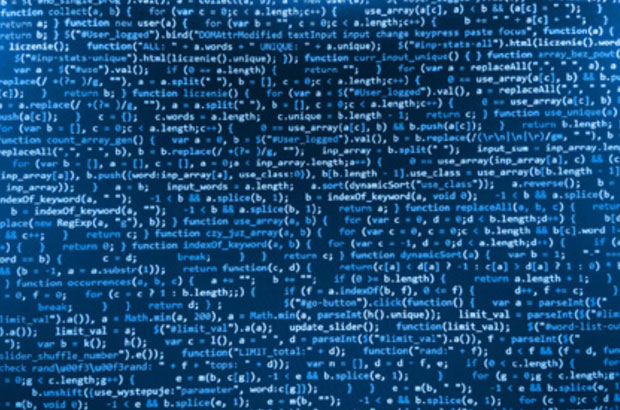 The digital revolution is one of the mega-themes of our times – if not the one mega-theme. It certainly stands for the most fundamental cultural revolution I have experienced in my own life-time.

When I became a university student in the early 1980s, I was very proud to actually use a typewriter. I never took a typewriting class, which I regret to this very day, but I wrote my seminar papers with my typewriter feeling very important just because of the technology I used. When I later arrived in Berkeley for an exchange year in theology, for the first time I came across fellow students who used computers for their studies. I received invitations for the peace group I got involved in, which were written and printed using computers.

My image of these technologies was transformed. I had thought of computers as stuff that was used by snobby students trying to copy the corporate world in order to look really cool, but I started realizing that I’d been wrong. I began to develop a sense that these new technologies could perhaps be used for very good things such as effective involvement in civil society.

When I got back to Germany, I soon began work on my dissertation and bought a computer to do so. And I realized how important it had become for me when I got arrested for blocking a truck carrying nuclear weapons and was condemned by the court to pay a fine as a substitute for serving a few weeks in prison. I refused to pay until they threatened to confiscate my computer, the only valuable thing I possessed. I paid because I realized that losing my computer simply was not an option for me.

In history, there have always been progressive optimists that welcome all things new, and sometimes promise a golden age along with it, or even predict the ultimate liberation of humankind and the end of all worries and care. And then there are the prophets of doom, like those who predicted that the railway would destroy the human soul if it exceeded the speed of 15 miles an hour.

We in the Protestant Churches in Germany are in the thick of these discussions about what may come: some see digitization as the fulfillment of a biblical vision. You can certainly sense a little of the Pentecostal spirit blowing in the new possibilities of the digital world and its non-hierarchical communication model of all-to-all. But for equally good reasons we are also pointed to the dark side of ourselves. Some of the algorithms we use daily serve to reinforce our opinions and preferences.

I have the impression that we all associate the catchword “digital revolution” with a sense of fundamental change, sometimes slightly sinister. But when we ask again and again and dig down to the core of the matter, we sense in almost every area, at the end of the day no one really knows what is to come. Therefore, conjectures about the impact of the digital revolution may reflect more the hopes and concerns of the beholder than a truly objective situation.

What are human beings?
When we look at the human being from a theological point of view, we must reflect upon what the biblical testimonies say about human beings.

“When I look at your heavens, the work of your fingers, the moon and the stars that you have established; what are human beings that you are mindful of them, mortals that you care for them? Yet you have made them little lower than God, and crowned them with glory and honor.”

These verses are from Psalm 8, a prayer in the Psalter of the Old Testament, which in its own way replies to this eternal question: What are human beings?

Naturally there are many different ways of answering this question and whole libraries that try to do so: a human being is a “zoon logikon” or “rational animal” as Aristotle said, to stress the difference compared to animals. Today, some understand humankind more “biologistically” as one animal among many other similar animals or as a somewhat complicated chemical algorithm machine, as a plaything of complicated biochemical accidents whose freedom is only deceptive. Yuval Noah Harari’s fundamental thesis in Homo Deus is based on his view of the human being as fundamentally governed by algorithms rather than by free will.

“I sense that a certain desire comes up in myself, because this desire is being generated by biochemical processes in my brain. These processes can be deterministic or coincidental, but in no case free.”1

“Our emotions are not some specifically human spiritual attitude or mirror any kind of ‘free will’. Emotions are rather biochemical mechanisms used by all mammals and birds to quickly calculate probabilities of survival and reproduction. Emotions are not based on intuition, inspiration or freedom – they are based on calculation.”2

Yet biblical tradition did not define humankind through itself but first and foremost in relation to, and being different from, God. Biblical anthropology starts by praising God. Humans are “little lower than God”, but still lower. On the one hand, that reflects their amazement that God has given them “dominion over the works of God’s hands” – creation, including all sheep and cattle, wild animals and birds and fish. On the other hand, the psalmist is immediately reminded – despite this dominion over the created world – that he is lower than God, and is not homo deus, but homo sapiens. If humans are really homo sapiens then it is revealed in their ability to distinguish themselves in their relation to God, even though they have been given so much power and dominion in God’s creation.

This brings us to another central aspect of Christian anthropology: The affirmation of human dignity does not rest on human perfection but on God’s love. It is crucial that, in a theological view, affirmation of human dignity is based exclusively on God’s action and not on human action. To have shown this, is the special merit of the Lutheran doctrine of justification which, in 1999, was officially accepted by the Roman Catholic church as well when the Vatican signed the statement on the justification doctrine developed together with the Lutheran World Federation.

Accepting our finiteness and laying it in God’s hands is one of the most liberating promises of the biblical justification idea, especially based on Paul’s writings. If we are justified by our faith in Christ and not by our good works, we do not have to base our certitude of salvation any longer on achievement and perfection. We can live from plenitude.

Theology affirms the dynamic relationship between God and human beings. On the basis of Michael Welker’s introduction of the concept of emergence from physics into theology one can see the work of the Holy Spirit in the creative and sometimes surprising turns which the history of a human being or human communities or even of nature can take. No algorithm can predict such turns. History is open. Visions of a world in which algorithms take over are human power phantasies denying both human and divine agency.

The close link between human and divine agency, however, points toward human responsibility. Human beings respond to God’s action by living responsibly. As a consequence, the use of digital technology must be sensitive to the conditions of human agency. There is a necessity for human self-limitation to make sure that responsible action continues to be possible.

We must not wait, and hide or delete fake content only afterwards. With this method, we are always too late. The algorithm is a central component of the business model, so it must be also the focus of our interest. The big challenge is consciously to deal with algorithms and responsibly shape them. Simply leaving these powerful shapers of public culture to commercially driven selection mechanisms is as wrong as subjecting them to pure state control and, thus, potentially to authoritarian censorship.

Public accountability could be achieved by boards, which would include representatives of various political and societal groups and thereby guarantee the pluralistic character of such accountability. One could maybe learn from the experience of public broadcasting structures in different countries.

If the dignity of the human person is the basis for such public accountability, there is no risk of censorship in the name of some ideology. On the contrary, it would be a firm barrier to such ideological takeover efforts. It is worth imagining what would happen if an information search automatically meant that well-researched and presented quality content  was made available and given priority.

The extreme concentration of power, which we experience in the digital business world, implies of course a call to responsibility aimed at those who control this power. Self-critical assessment of their role in shaping society and being the source of serious threats to fundamental conditions for the discourse in civil society must be a central part of digital corporate culture.

Nevertheless, of course trusting in responsible action by the corporations is not enough. We need international institutions that control corporate power. To ground international regulation for the digital world we need to intensify the human rights-based global discourse on this theme in order to find a common understanding of rules that can become binding for everyone on the globe. Effective international anti-trust legislation would be needed. One step to hold digital corporations socially accountable would be international laws which prevent tax evasion by using tax havens like Ireland to circumvent appropriate taxation elsewhere.

In a recent study, the Bertelsmann Foundation has explored a field of ethical reflection which deserves to get much more attention than it has so far. How can those who give birth to the algorithms, which increasingly shape so much of our reality, be taught to reflect on the moral dimension of what they are doing? While business ethics has been an established discipline at the universities for a long time, algorithm ethics is a new discipline.

Responsible shaping of digitization preserves us from being seduced by false internet gods. It is not Google but God to whom we can say with the words of Psalm 139: “You know when I sit down and when I rise up; you discern my thoughts from far away. You search out my path and are acquainted with all my ways.” (Psalm 139, 2f.).

Despite all digitization, despite all algorithms and artificial intelligence, God knows me better than I know myself. Ultimately, that does not depend on the quantity of data produced about me but on the depth of the relationship that grows through love and leaves me my mystery, my specialness, my uniqueness. God remains the first counterpart. But among all humans, it is my wife who knows me best – and that is how it should stay.

Heinrich Bedford-Strohm is Presiding Bishop of the Evangelical-Lutheran Church in Bavaria and Chairman of the Council of Evangelical Churches in Germany. From 2004 until 2011 he held the Chair of Systematic Theology and Contemporary Theological Issues in the Faculty for Human Sciences at the Otto-Friedrich University of Bamberg, Germany. Since 2011 he is Honorary Professor at the University of Bamberg. He is also, since 2009, Extraordinary Professor at the Theological Faculty in Stellenbosch, South Africa. In 2008 Bedford-Strohm was the Founding Director of the Dietrich Bonhoeffer Research Centre for Public Theology in Bamberg, which is a member of the Global Network for Public Theology. His books focus on themes of social justice, the ecumenical discussion on creation, bioethics, civil society, migration and asylum, and Public Theology. His newest book is on the church: “Radikal lieben. Anstöße für eine mutige Kirche der Zukunft (2017).