14 May 2016 How Jerry Falwell Jr. is spreading Islamophobia 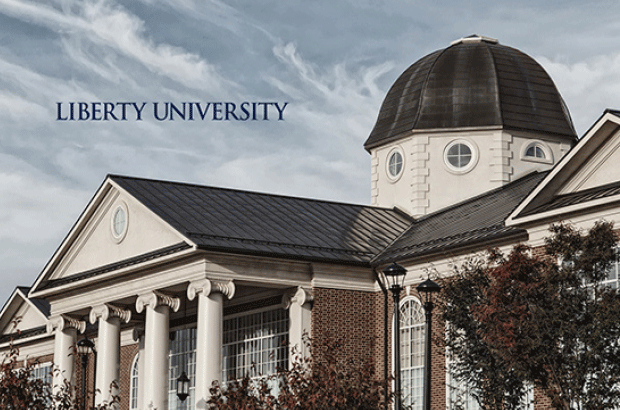 Liberty University is a private, non-profit Christian university located in Lynchburg, Virginia, United States. In 1967, Jerry Falwell decided to build a Christian educational system for evangelical youth. He began with the establishment of Lynchburg Christian Academy, an accredited Christian day school for grades K-12 . In 1971, he founded Liberty University, an accredited Christian university for evangelical believers. Liberty is well known as a stage for politicians seeking to reach an evangelical Christian audience and it was here in March 2015 that Ted Cruz announced his intention to run for president in the 2016 election

As an American Muslim who speaks at about 25 college campuses a year, I suppose I should thank Jerry Falwell Jr. for the trigger warning.

This month [December 2015] Falwell, presi­dent of Liberty University, used the occasion of a weekly convocation to urge his students to obtain guns so they could “end those Muslims before they walked in.” The students at Liberty cheered.
Although he later tried to tone down his remark, Mr. Falwell’s comment has the virtue of being quite clear. He is stating in no uncertain terms that his university will proudly magnify a signature prejudice of our times.

While Liberty is undoubtedly an outlier   as far as colleges go, the incident still raises provocative questions for higher-education leaders more broadly. Given the barrage of anti-Muslim talk across America, is it possible that students at more typical colleges might cheer a call to violently target Muslims? What is the role of colleges in engaging a prejudice like Islamophobia? Ought the presidents make some sort of statement condemning it? Do colleges have curricular and co-curricular programs where students whose curiosity has been piqued by the current climate of prejudice can study college-level material about Islam and Muslim communities?

Such questions are made more potent by recent campus movements with respect to race, gender, and sexuality. If buildings named after historical figures with racist views, like Woodrow Wilson and John C. Calhoun, contribute to a hostile environment for black students, then the constant debates about Islam blaring from the televisions in the fitness centre has to have some effect on Muslim students.

If multicultural requirements are needed to correct for the absence of African-American history in the standard high-school curriculum, then courses on religious diversity could do the same for the shameful lack of knowledge about the contributions of Islam and other traditions to human civilization. If co-curricular programs that facilitate meaningful dialogues between students of different racial and ethnic backgrounds reduce racism, then the same type of programs involving religiously diverse students could do the same for Islamophobia and other forms of religious prejudice.

Most colleges make fighting bias part of their core mission because prejudice is the enemy of both knowledge and democracy. To make a race analogy, institutions that advance the pursuit of truth and prepare young people for civic and professional life want to make sure that when white students hear “black” they recall the names of great black writers and scientists who were highlighted in the curriculum, and black housemates and classmates befriended in a dynamic campus environment. In other words, colleges are well aware that we are all susceptible to making inference errors.

Too many people right now, including college students, think “terrorist” when they hear “Muslim,” despite the fact that white supremacists have killed more Americans since 9/11 than have Muslim extremists. Yet the broad concern in the United States is about jihadist violence rather than right-wing terrorism, an association based on the constant volley of highly skewed information available in the public square. As they are increasingly more proactive on race questions, colleges have to become more intentional on religious issues as well.

Why colleges? No other institution in our society has reducing prejudice as a core value, and the requisite knowledge and resources to succeed at this in a large-scale way. Campuses (and here I emphasize the experience of four-year residential institutions) gather young people from a wide range of backgrounds, eager to explore their own identities and learn about others. They hire staff who are expert in both nurturing particularity and facilitating healthy community across a range of identities.

Campuses have faculty members whose purpose is both to advance the frontiers of knowledge and make the unfamiliar accessible to 19-year-olds. They pride themselves on a culture where students can get inspired by big ideas and start concrete initiatives that put those ideas into action. Our democracy, in all its various diversities, literally depends on colleges succeeding at such tasks. One final point. Jerry Falwell Jr. chose to make his statement at convocation, a stage infused with religious meaning. By doing so, he connected the Christian mission of his institution with fear
and hatred of Muslims.

Perhaps he was playing to the crowd. Anti-Muslim bias among Christians is rampant. A Pew study found that, on a “warmth thermometer” of 1 to 100, with 50 being lukewarm, Roman Catholics rated Muslims a 40, white mainline Protestants scored Muslims a 37, and white Evangelicals gave my community a 30. This was in July 2014, before Donald Trump took up his full-time residency in the American media and very likely made all this a lot worse.

I think this has special implications for the leaders of the hundreds of institutions in the United States that take their Christian heritage seriously. Islamophobia is steadily taking root in Christian theology. This is a result of deliberate action; educators from pastors to university presidents are teaching that fear and hatred of Muslims is holy, a Christian thing to do.

This stark reality should serve as a call to those in Christian institutions that have a different theology when it comes to relating with Muslims, or any other identity group for that matter. Are the climate, the coursework, and the co-curricular activities of your institution nurturing a theology of the friend, or are they forfeiting students to Jerry Falwell Jr.’s theology of the gun?