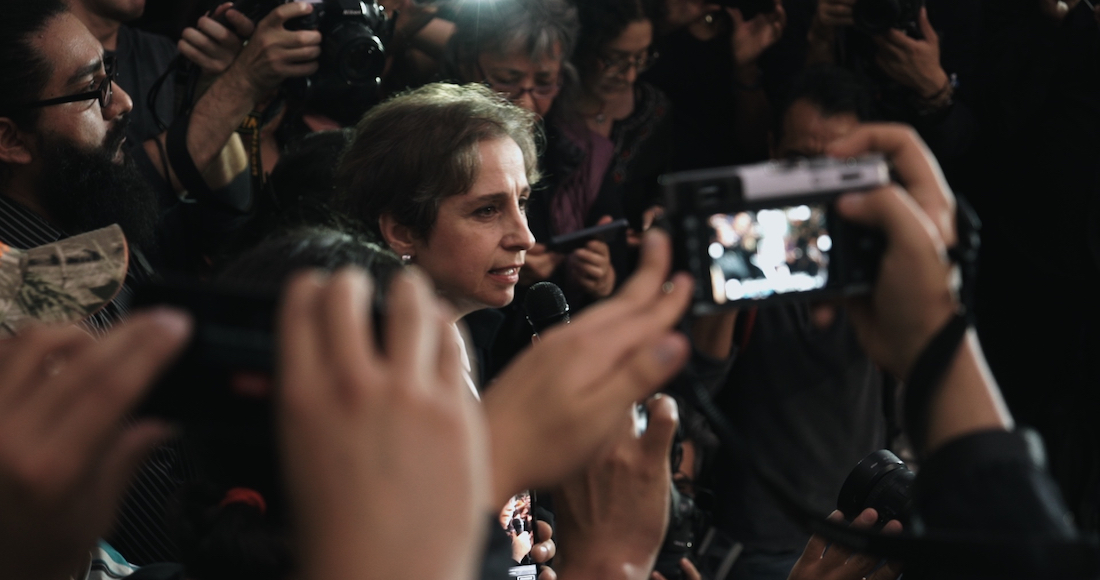 A feature-length documentary (77 min.), it highlights the essence of freedom of speech, human rights and democracy expressed by the courage of journalists in Mexico to fight against state corruption, drug crimes and injustice in this country where every year more than 30,000 inhabitants are killed.

Over four years (2015-18), film-maker Juliana Fanjul followed the well-known Mexican radio journalist Carmen Aristegui, who is one of the most critical voices in the country fighting for an independent press. She and her colleagues know that they do this at the risk of their lives, even when they admit to not being suicidal. This is made clear at the beginning of the film where Carmen is at a demonstration in front of the ministry of the interior to ask justice for her murdered colleague journalist Javier Valdez. 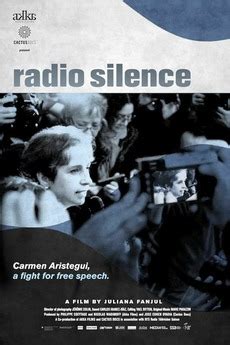 Violence is omnipresent: journalists, women and children are murdered. Aristegui is not afraid openly to criticize President Enrique Peña Nieto and politicians involved with the drug cartels. During the making of this film, Aristegui gets fired from the radio station where she works and she and her collaborators face death threats. She uses her personal funds to start broadcasting via the internet and social media to continue to play her role as “the fourth estate” in the service of the people, defending human rights and justice.

Radio Silence is a documentary about these issues and the important role the media play. It illustrates that the fight to give a voice to the powerless is more than necessary, but in these times in which the powerful own and control most of the media, the fight becomes more and more unequal.

Radio Silence is well made, almost a thriller giving the impression that it will reach the inevitable moment when Carmen would be killed, which fortunately is not the case. Carmen’s courage is an example for the press and for journalists, especially women, struggling to make their voices heard, defending ethics based on human dignity in order to foster peace as essential for a better society.

The International Documentary Filmfestival in Amsterdam described the film as a “powerful portrait of an uncommonly courageous and tenacious woman makes it very clear what you get when the freedom of the press is crushed: no rule of law and a crumbling democracy.”