14 May 2016 Indian democracy and governance 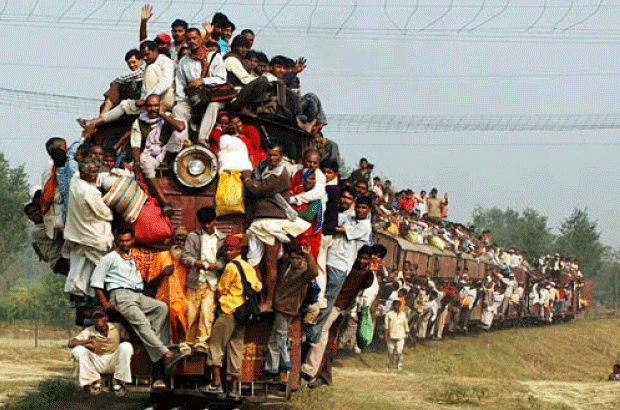 Trains are still a major means of transport for urban and rural communities in India. Photo: Infiniteunknown

Democracyas a system of governance is supposed to allow extensive representation and inclusiveness of as many people and views as possible to feed into the functioning of a fair and just society. The definition of democracy is incomplete unless it is defined in social and individual contexts.

Democratic ideals represent various aspects of the broad idea of  “government of the people, by the people and for the people.” They include political characteristics that can be seen to be intrinsically important in terms of the objective of democratic social living, such as freedom of expression, participation of the people in deciding the factors governing their lives, public accountability of leaders, and an equitable distribution of power. Therefore, when we say Indian democracy, we mean not only that its political institutions and processes are democratic but also that the Indian society and every Indian citizen is democratic, reflecting basic democratic values of equality, liberty, fraternity, secularism and justice in social sphere and individual behaviour.

Democratic governance, the term recently added to the vocabulary of politics, signifies more than what the two words signify separately. A compound is not what its constituents are. From the term itself it is clear that democratic governance is not merely being democratic as it is usually understood in its minimalist sense as government of people’s representatives elected in a free and competitive situation; nor is it merely governance as one of limited government charged with the task of enforcement of law and order, and overseeing the contracts among individuals living in a state or to facilitate, promote and regulate markets. Democratic governance is a condition in which the promise of justice, liberty and equality is realized in a democratic political framework, where the government is sensitive to the people’s identities, aspirations and needs and where people feel secure and content.

India is proud to be the largest democracy in the world. For more than sixty-five years, we have witnessed the conduct of successful elections, peaceful changes of government at the Centre and in the States, people exercising freedom of expression, movement and religion. At the same time, we quite often experience rampant inequalities, injustice or nonfulfillment of social expectations.

Today, people believe that their government is not keeping pace with their expectations. In the last two years, India has seen two groundswells of popular protest in which crowds largely composed of middle-class urbanites have taken to the streets to demand a more accountable and responsive government. The moral outrage is entirely justified, and the factors linked to India’s governance woes are well known − a rise in corruption, cronyism, and criminalising among the ranks of elected officials, and a crushing government bureaucracy. India’s governance challenges come against these backgrounds of dramatic economic and political transformation. 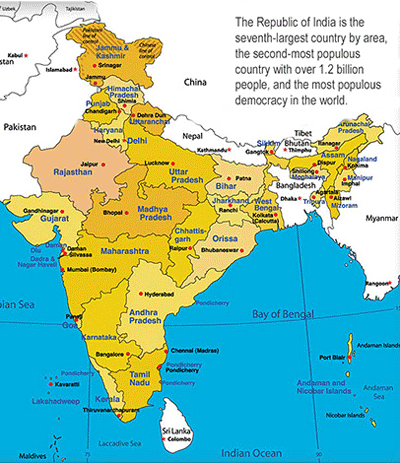 The transformative approach addresses the problem mentioned earlier of the creation of virtu al wealth which has enriched some but harmed many, creating poverty, unemployment, hunger and death; widening the gap between the rich and poor; marginalizing peoples, eroding the whole meaning of life and destroying eco-systems. The financial crisis indicates the immorality within  a system that glorifies money and dehumanizes people by encouraging acquisitive individualism: This greed-nurtured culture reduces the value of human life, erodes the moral and ecological fabric of human civilization.

Even the current understanding of development has not produced economic freedom in any substantial way. Due to the implementation of Globalization and free market economy, many changes have occurred in the production relations, and the life of the people have been taken for granted and human rights have been violated and the basic rights of the common person are being neglected. Globalization has not only been able to adopt free market economy but at the same time the rights of millions to live a dignified life have been denied. The state-controlled economic sectors were opened up to private holdings; regulations and welfare measures were reduced considerably and labour laws and policies were restructured, mostly in the favour of the market economy and to enhance the productive capacities of the respective sectors. As much a major share of national wealth is in the hands of a limited section of people. A majority of the population is poor and live in the rural areas. The gap between the rich and the poor is widening.

The conditions created by such lopsided economic arrangements have produced new forms of hierarchies within gender, regional, caste and at the community levels. For instance, the Dalits, who comprise almost 17% of the national population, have a negligible presence in the formal economy. They consistently suffer discrimination with respect to land, labour and capital. The greater dependency of Dalits on agriculture for their livelihood − mainly as landless labourers with low wage rates − has created the condition described as “chronic poverty”. Such discriminatory disparities remain also in the educational sectors. Market practices further show subtle discrimination in allocating resources, employment, loans and other facilities to this particular group.

The greatest threat that democracy is facing in India today is the scourge of corruption. Despite having a vigilant press, an outspoken civil society and an impartial Judiciary, the most disheartening fact of Indian democracy is corruption. Corruption in public life has been a major concern in India. Corruption continues to exist in covert and overt ways at all three levels political, bureaucratic and corporate sector. One can see the nexus between politicians, bureaucrats and industrialists which has resulted in corruption and corrupt practices. The high level of corruption in India has been widely perceived as a major obstacle in improving the quality of governance. In fact, corruption is a sign of political instability. and institutional decay, challenging seriously the validity and propriety of governance.

Criminalization is a fact of Indian electoral politics today. Criminalization of politics means to use politics or political power for immoral gains. Criminalization of politics is the very negation of democratic values and has no place in a democratic set up. The voters, political parties and the law and order machinery of the state are all equally responsible for this. There is very little faith in. India in the efficacy of the democratic process in actually delivering good governance. The unholy nexus between politicians, civil servants, and business houses have a baneful influence on public policy formulation and governance.

If there is one word that occupies headlines in India today, it is intolerance and the country is debating rising radicalism and the shrinking liberal space. The recent resurgence of religiosity has been associated with the growth of intolerance and, in some cases, the outbreak of conflict in the country. The government of India contemplated a move to bring an anti-cow slaughter law and the whole thing just snowballed from there. The beef ban gave the power to many radical groups, who took it upon themselves to implement it. A Muslim man was dragged out of his house, lynched and killed on the suspicion that he and his family in Dadri, Uttar Pradesh had stored beef in their refrigerator. The road to making India’s government more accountable goes uphill and the problem seem to get worse.

Never before in independent India’s history have so many writers and public intellectuals mounted a collective protest against the government’s failure to protect freedom of expression and contain religious intolerance. Over 30 writers have returned their state awards citing the reason that they are “raising their voice against the changing secular fabric of the country”. They were joined by many other scientists and artists in this exercise. It is important to note that this response is not born out of an anti-government or pro-minorities bias. It is the result of accumulation of growing dissent over a variety of repressive measures against individual freedoms. But the government seems to be blind towards public opinion.

The crisis of governance in India today is a consequence of the breakdown of democratic institutions and the emergence of an unholy nexus between inefficient, corrupt civil servants and vote-hungry politicians. As a result, more than six decades after independence, despite low place in the human development. The basic fabric of good governance does not occur by chance. Good governance is associated with responsible political leadership, enlightened policy-making and a civil service imbued with a professional ethos. The presence of a strong civil society including a free press and independent judiciary are the pre-conditions for such good governance. It must be demanded by citizens and nourished explicitly and consciously by the nation-state.

Editorial in “Democracy and Governance”, Religion & Society, Vol. 60 No. 4 December 2015. Published by the Christian Institute for the Study of Religion and Society.