“This is broom grass. This is one of the holy plants for bonpo (shamans),” says a Tamang Indigenous bonpo speaking in his own peoples’ language, as he points to a lush plant with large, narrow green leaves that taper to a point. “You can see the sign of God here. We’ve been protecting this plant for generations.”

The broom grass plant is not only important for ceremonies; it is usually planted on rice terrace walls and hillsides to prevent landslides and flooding, he adds.  The roots of the plants help retain ground moisture and reduce soil erosion. The plant, which is used to make brooms, is also a source of living for many.

As he is being interviewed on video, he moves and points next to a plant with green lobed leaves, and explains that it is mugwort, an herb widely used for offering and also as medicine.

The bonpo shared some of his peoples’ knowledge and traditions for a short documentary series produced by Indigenous Television, a WACC partner in Nepal, to showcase the use of Indigenous knowledge on climate adaptation and sustainable living. The series was part of a one-year WACC-supported project, Strengthening Nepalese Indigenous Peoples’ Voices on Climate Change Through Media, which began February 2020.

The bonpo tradition of the Tamang People, who make up the largest of 59 Indigenous Peoples recognized by the Nepal government, “has helped protect nature and forests,” said Indigenous Television in its report to WACC. Not only do they work to preserve the environment, “they spread the message of protecting the forest since they have a spiritual connection to it.”

In total, Indigenous Television produced and distributed eight episodes of short documentaries and 12 episodes of TV programs dedicated to Indigenous knowledge on climate change adaptation and mitigation, the first time it has done so.  One documentary focused on the Indigenous practice of planting “three-sister crops,” a term used to describe the planting of corn, squash and beans, which are traditionally grown by Indigenous populations because of their nutritional value and as a source of livelihood. This type of mixed-farming, or companion planting, is now recognized as a way of mitigating the impacts of climate change.

Another documentary explored the Pajari Indigenous Peoples’ spiritual and livelihood connections to bamboo, while one documented an Indigenous food system for ensuring food security and food sovereignty.

The documentary series and programs were broadcast through Indigenous Television and ITV Nepal, which recently launched a satellite TV channel by the Indigenous Media Foundation. They were also screened in Dolakha, Sindhuli, and in Pahari gau, Lalitpur. 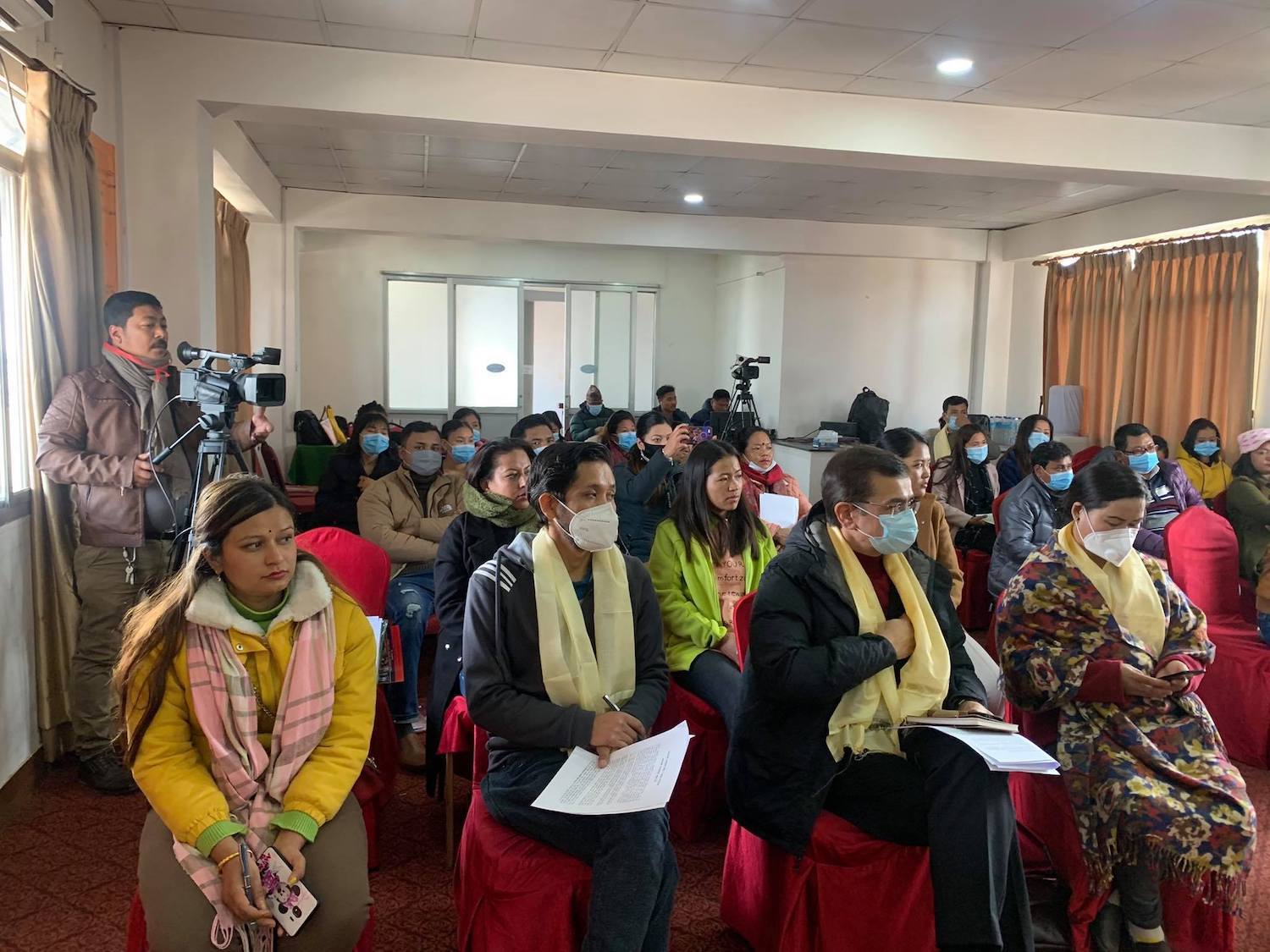 The project falls under WACC’s Climate Change and Communication Rights programme, which  aligns with the UN’s Sustainable Development Goal (SDG) 16 on Peace, Justice, and Strong Institutions, SDG 13-on Climate Action, SDG 15 on Life on Land, and the objectives of the Paris Agreement.  Projects supported under this program enable communities at the grassroots level to harness traditional ecological knowledge and to support of networks of environmental citizen journalists.

Lorenzo Vargas, WACC manager for Communication for Social Change, notes that Nepal’s 59 recognized Indigenous nations and 125 ethnic/caste groups in Nepal, represent approximately 35% of the country’s population.” Many of these nations and groups speak their own languages; it is estimated that 123 different languages are spoken in Nepal.  Despite this linguistic and cultural diversity, most Indigenous people in Nepal do not have access to media platforms and content as most of it is available only in Nepali and English and does not reflect their needs and interests,” he said. “Furthermore, most of Nepal’s media is owned and controlled by those more socially and economically powerful.”

WACC support has also enabled Indigenous Television to raise awareness about the risks and impacts of the Covid-19 pandemic to Indigenous communities. It partnered with the Indigenous Community Radio Network in disseminating information about the novel coronavirus and preventive measures, in multiple Indigenous languages spoken in Nepal. Its work in producing these public service announcements, in partnership with the network, was praised by the UN as one of the “promising practices” for responding to the pandemic.

UNESCO has also featured the work of Indigenous TV and UNDP Nepal has showcased a video depicting Indigenous knowledge on climate change adaptation during the 75th UN Day on October 22, 2020. 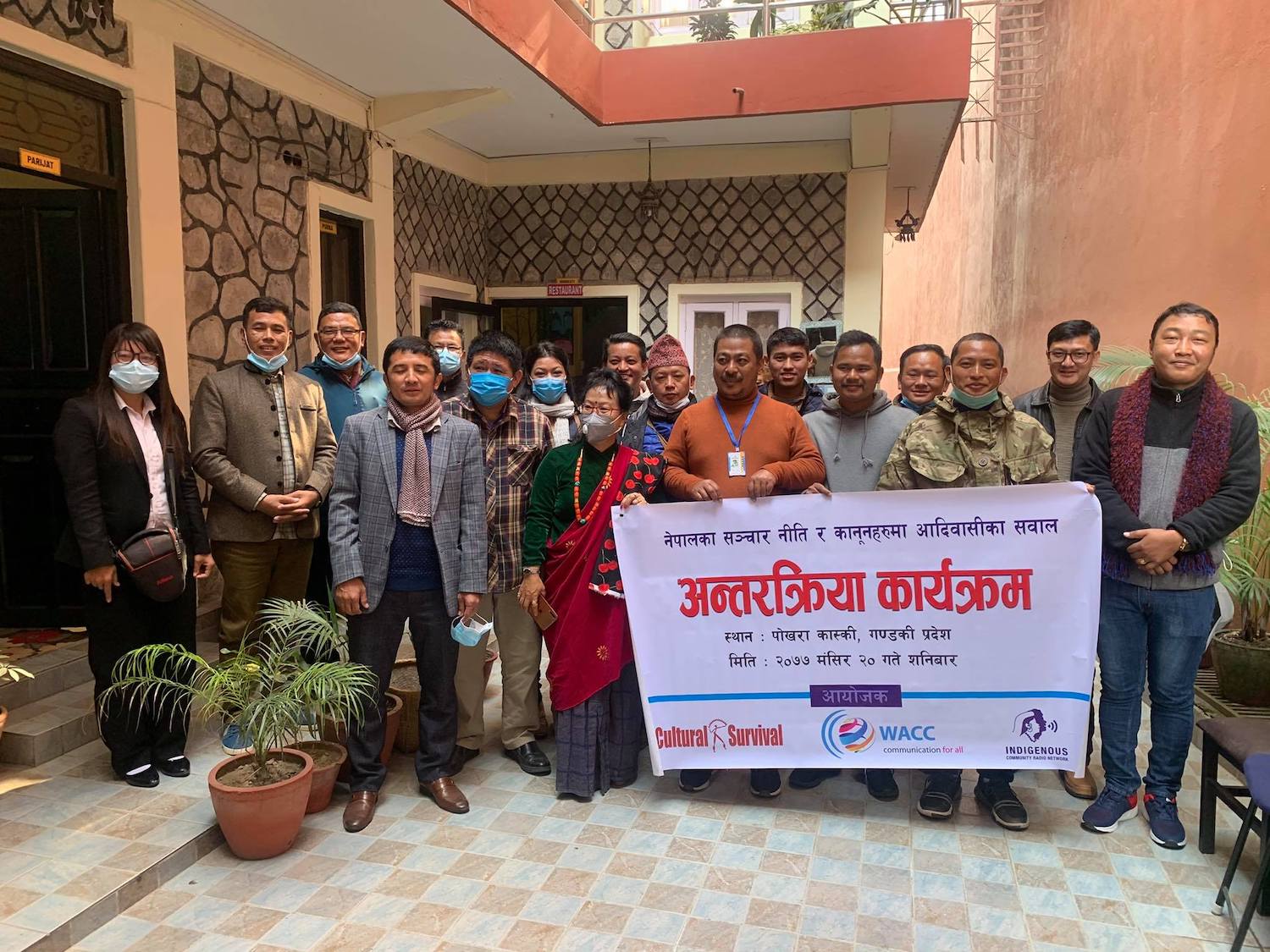