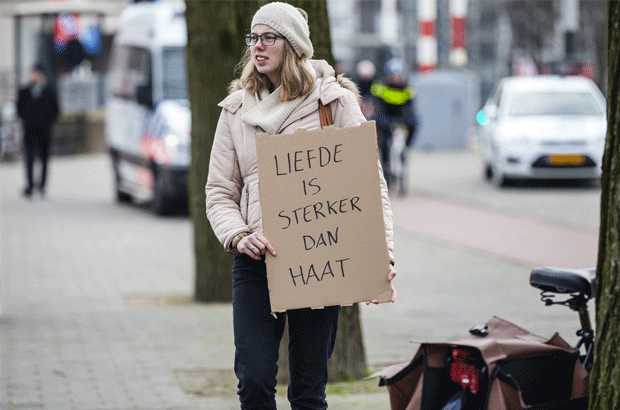 Islamophobia is a term used to describe irrational hostility, fear, or hatred of Islam, Muslims, and Islamic culture, and active discrimination against these groups or individuals within them.

Today, Islamophobia in Europe manifests itself through individual attitudes and behaviours,
and the policies and practices of organizations and institutions. Examples—which vary across countries and time—include the following:

The use of the term Islamophobia is a relatively recent phenomenon and, despite signs that it exists, it remains contested as to what exactly defines anti-Muslim or anti-Islamic actions or behaviour. Some anti-Muslim and anti-Islamic platforms and networks have sought to delegitimize the term by producing a counter-narrative against Islamophobia.

Why is Islamophobia an issue in Europe now?

In recent years, Islamophobia has been fuelled by public anxiety over immigration and the integration of Muslim minorities into majority cultures in Europe. These tensions have been exacerbated by the aftermath of the economic crash of 2007 and the rise of populist nationalist politicians. They have also been aggravated by high-profile terrorist attacks carried out by Muslim extremists.

In a climate of rapidly expanding diversity in Europe, Muslim minorities have been portrayed as non-belonging and wanting to separate themselves from the rest of society. Government policies have failed to ensure equal rights for all, forcing significant sections of Muslim minorities to face unemployment, poverty, and limited civic and political participation, all of which aggravate discrimination.

Europe is going through its worst economic recession since the 1930s. Minorities often serve as scapegoats in times of economic and political crisis. Islam and the approximately 20 million Muslims who live in the European Union are depicted by some as inherent threats to the European way of life, even in countries where they have lived for generations. The myth of an ongoing European “Islamization” or invasion has been nurtured by xenophobic, populist parties that are on the rise across Europe. In fact, Europeans overestimate the proportion of their populations that is Muslim.

The 9/11 terrorist attacks drastically changed public opinion towards Muslims. Since then, terrorist acts such as the attacks by violent jihadists in London and Madrid, the murder of Dutch filmmaker Theo van Gogh, and the massacre at the Charlie Hebdo offices in Paris have increased fear and anxiety. The use of Islam by extremists to justify their terrorist acts has made many Europeans regard Islam as a threat and fear Muslims as the enemy.

Since 2001, some media in Europe have succumbed to reporting based on stereotypes and used the actions of Islamists to stigmatize Muslim populations. There are concerns that stereotypes and generalizations about Muslims are informing counter-terrorism measures in Europe that restrict liberties for all and negatively impact Muslim communities.

What are the implications for an open society?

Islamophobia is a “symptom of the disintegration of human values,” according to former Council of Europe Commissioner for Human Rights Thomas Hammarberg values such as non-discrimination, tolerance, freedom of thought, justice, solidarity, and equality. These values are supposed to be inherent to European societies; they are values upon which the European Union and the Council of Europe were built.

The extent and nature of the discrimination and Islamophobic incidents perpetrated against European Muslims remain under-documented and under-reported due to a lack of relevant data. Many institutions, such as the Organization for Security and Co-operation in Europe’s Office for Democratic Institutions and Human Rights, and NGOs like the Collective Against Islamophobia in France (CCIF) and Tell MAMA in the UK, have acknowledged the rise in this worrying phenomenon and noted the increasingly aggravated nature of the incidents.

For instance, the latest EU Minorities and Discrimination Survey found that on average one in three Muslim respondents faced discrimination and prejudice in the past 12 months, and 11 percent experienced a racist crime. Evidence also shows that Islamophobia can especially affect women according to CCIF’s most recent annual report, about 80% of reported cases of discrimination across France in 2013 concerned women.

What are the Open Society Foundations doing to tackle Islamophobia in Europe?

The Open Society Foundations have worked for over a decade to combat discrimination  against Muslims in Europe and to make sure that Muslim minorities co-exist with equal rights in their national communities. For example: