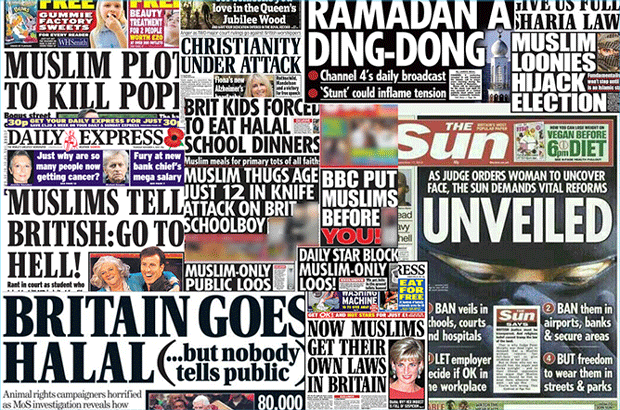 International principles of journalism ethics stress the duty of professional communicators to seek truth and to provide fair and balanced accounts of events and issues. With this in mind, conscientious journalists try to serve the public with honesty and integrity the cornerstones of their credibility.

The independence of news outlets rests on high standards of accuracy, fact checking, and impartiality. Their obligation is not only to inform the public, but also to engage people in the practice of good governance and to serve as a voice for those who have been denied a voice.

Not everyone will agree with every editorial decision taken, but ethical standards help guide journalists and enable them to be held accountable.

In short, the basic functions of the media in a democratic society are:

So much for the theory. In reality, media practitioners are subject to the economic constraints facing the industry in which they work, to the demands of the market, and often to the dictates of government or corporate interests. Editorial policies need to cater to a broad range of tastes so that “giving the public what they want” often becomes an argument for dubious, salacious or inflammatory content. In such cases, freedom of expression is used as a camouflage for “anything goes” and satire can be confused with incitement.

In recent years, and for a range of reasons, Islamophobia has “hit the headlines”. At times like these independent media have to be especially sensitive and vigilant and to take steps to present balanced coverage, to counter discrimination and stereotyping, and to defuse tension.

Islamophobia has many causes. It can be deep-rooted historically, culturally, and socially. It can take the form of an understandable reaction to an act of terrorism or an irrational prejudice towards migrants. It can reflect ignorance or a fear of the unknown. Often it is seized on by malcontents for political or economic advantage. In such situations, the role played by mass media, but also by community and social media, becomes crucial and, on occasion, a matter of life or death.

In “Islamophobia plays right into the hands of Isis” (The Guardian 25 November 2015), Owen Jones pointed out that:

“Some of the media’s attacks are beyond sinister. A Daily Mail cartoon provoked understandable comparisons with 1930s Nazi propaganda after portraying gun-toting

Muslim refugees entering Europe amid rats. It is generally more subtle than that, of course.

But it helps create an atmosphere where anything goes; where bigotry seems officially sanctioned and legitimised. Muslims become seen as the enemy within, a fifth column, a near-homogenous group defined by their hostility to western values – or indeed the west full stop. ‘Muslim’ becomes synonymous with ‘extremist’ and ‘potential terrorist’.”

Many reputable (and responsible) media outlets make a point of offering balanced views of Islam, Muslims, and the difficult situations in which they are caught up – for example the war in Syria, the Israel/Palestine conflict, Hindutva in India, and the struggle in Mindanao, Philippines. Others are deliberately inflammatory and provocative.

The current crisis of Syrian refugees is a case in point, in which some media outlets have stoked public anxiety and intolerance by reporting the words and deeds of certain

politicians without offering more moderate or sympathetic views. And then there is political intervention. In “The Elephant in the Room: Islam and the Crisis of Liberal Values in Europe” (Foreign Affairs, 2 February 2016) Alexander Betts makes the point that:

“The simple fact is that European member states don’t really want to welcome Muslim migrants. This has been explicit in the case of countries with vocal far-right parties and in central European countries with Christian nationalist governments. But the liberal

political elites of Western Europe have steered clear of admitting that the biggest single barrier to coherent asylum and immigration policies is public anxiety about Islam. Far- right parties have pandered to these fears, stoking xenophobia.”

Predominantly negative and racist reporting in the media strengthens an increasingly dangerous anti-Muslim mind-set, which reinforces stereotypes and leads to an escalation of violent attacks on Muslims. False or inaccurate stories about Muslims are routinely used by far right groups to legitimise their “case” and to gain followers. The Internet is full of forums using mainstream newspaper reports as “proof” that their intolerant views about Muslims are true.

Silence, of course, is deadly. But some journalists are trying to persuade others to act more responsibly. In “5 Ways Journalists Can Avoid Islamophobia In Their Coverage” (Huffington Post, 14 December 2015), Senior Media Editor Gabriel Arana noted that, “It is the duty of journalists to inform and educate.

But when it comes to Islam and the Muslim community – in the U.S. and across the world – news outlets have far too often served to spread misinformation and perpetuate prejudice.”

The articles in this issue of Media Development address these questions from a variety of perspectives in an attempt to open up dialogue and to pave the way for greater understanding.