Posted at 09:45h in Media Development by wacc_kn 0 Comments 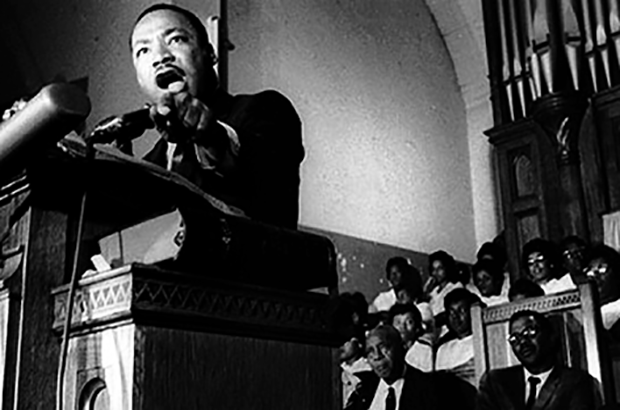 This photo of Martin Luther King Jr giving his speech at Riverside Church, New York, is courtesy of DailyKos/JPLime.

On 4 April 1967, the Revd Dr Martin Luther King Jr gave his impassioned “Vietnam” speech at Riverside Church, New York. Most of that speech is as pertinent now as it was then. Take out the references to war and there are compelling arguments for truth-telling and a revolution of values. In a certain sense, that is the theme of this issue of Media Development.

“Half a century later, the Riverside speech also seems to carry the greater weight of prophecy. King portrayed the war in Vietnam as an imperial one, prosecuted at the expense of the poor. Vietnam, he said, was ‘the symptom of a far deeper malady within the American spirit’, and, if left untreated, if the malady continued to fester, ‘we shall surely be dragged down the long, dark, and shameful corridors of time reserved for those who possess power without compassion, might without morality, and strength without sight’.”

Some might argue that this is precisely where the USA finds itself today – in a morass characterised by lack of respect for fundamental rules and the institutions on which good governance is based, lack of regard for truth, and a mix of conspiracy theories, racist rhetoric, and crackpot ideas.

What follows are passages from Martin Luther King Jr’s speech that could have been written yesterday, and probably would have been had King not been assassinated.

On the need to act

“Even when pressed by the demands of inner truth, men do not easily assume the task of opposing their government’s policy, especially in time of war. Nor does the human spirit move without great difficulty against all the apathy of conformist thought within one’s own bosom and in the surrounding world. Moreover, when the issues at hand seem as perplexing as they often do in the case of this dreadful conflict, we are always on the verge of being mesmerized by uncertainty. But we must move on.”

On the need to speak out

“Some of us who have already begun to break the silence of the night have found that the calling to speak is often a vocation of agony, but we must speak. We must speak with all the humility that is appropriate to our limited vision, but we must speak… For we are deeply in need of a new way beyond the darkness that seems so close around us.”

On the need for transformation

“A true revolution of values will soon cause us to question the fairness and justice of many of our past and present policies. On the one hand we are called to play the Good Samaritan on life’s roadside, but that will be only an initial act. One day we must come to see that the whole Jericho Road must be transformed so that men and women will not be constantly beaten and robbed as they make their journey on life’s highway. True compassion is more than flinging a coin to a beggar. It comes to see than an edifice which produces beggars needs restructuring.”

On the need for redistribution of wealth

“A true revolution of values will soon look uneasily on the glaring contrast of poverty and wealth. With righteous indignation, it will look across the seas and see individual capitalists of the West investing huge sums of money in Asia, Africa, and South America, only to take the profits out with no concern for the social betterment of the countries, and say, ‘This is not just’. It will look at our alliance with the landed gentry of South America and say, ‘This is not just.’ The Western arrogance of feeling that it has everything to teach others and nothing to learn from them is not just.”

On the need for equality and justice

“A genuine revolution of values means in the final analysis that our loyalties must become ecumenical rather than sectional. Every nation must now develop an overriding loyalty to mankind as a whole in order to preserve the best in their individual societies.”

Communicators today − especially those much maligned public intellectuals, opinion journalists, and voices of conscience who open people’s eyes and ears to inequality and injustice − have a moral duty to tell it like it is, to disturb the world, and – like Martin Luther King Jr – to dream of a better future for all. ν