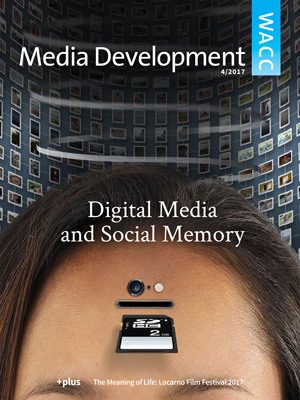 Memory is power and power is politics.

Traditional newspapers are often considered “journals of record”, because they try to maintain rigorous ethical standards in terms of veracity, balance, and accountability. Their editorial independence is a mark of their integrity. Consequently, newspapers have been seen as repositories of factual narratives on which national and cultural histories and identities can, in part, be built.

At the same time, there are newspapers of the tabloid variety, whose ethical principles (if any) are subservient to profit and, therefore, to the need to attract readers and advertisers. They have become “shows” similar to those popular news channels on television that mix news tidbits with dollops of “entertainment”. Tabloid newspapers, of course, are useful as indicators of the directions popular culture is taking at a given time, but that may be their sole worth.

In the heyday of public service broadcasting, media corporations such as the UK’s BBC, Germany’s ARD, the Dutch NPO, and the Japan Broadcasting Corporation, were neither commercial nor state-owned. Free from political interference and commercial pressure, they embodied the words of UNESCO, that with “pluralism, programming diversity, editorial independence, appropriate funding, accountability and transparency, public service broadcasting can serve as a cornerstone of democracy.”

In this sense, public broadcasters also became repositories of historical facts: what was on record was assumed to be true and reliable − even though thorny issues of inclusion and exclusion were often ignored. From the 1960s onwards, the rise of alternative media gave public representation and voice to some of those omissions.

Today, traditional media and other social institutions are giving ground to digital technologies and social media with a consequent revaluation of how public memory is represented and conserved. As Joanne Garde-Hansen has noted:

“A shift in power relations is occurring, such that the powerful archiving force of the institution (museum, government, church, law or mass media) and corporations that may seek to preserve knowledge and history on their own terms seems to be challenged by the present archiving power of increasingly popular and easy-to-use digital media.”1

It is important, therefore, to test some of the assumptions made about digital media and, in particular, to tease out potential implications for the way society sees itself, records itself, and remembers itself. That is the theme of this issue of Media Development.

It is well known that when oral communities made the long transition to writing, it impacted how they were organised, how they recollected the past, and how they viewed the future. They were able to keep tallies and records and lineages, which cemented social bonds and commercial relationships, establishing what directions they might take next. Writing marked a settled community with a sense of its own place in history and a sense of its own importance. In terms of political and social control, therefore, the need arose to monopolise and/or control public “statements” relating to political and social entities. And, as Michal Foucault points out in The Archeology of Knowledge:

“Instead of being something said once and for all – and lost in the past like the results of a battle, a geological catastrophe, or the death of a king – the statement, as it emerges in its materiality, appears with a status, enters various networks and various fields of use, is subjected to transferences or modifications, is integrated into operations and strategies in which its identity is maintained or effaced.”

Today, public statements that lay claim to a particular status or existence, and the public forms of communication that maintain them, have been appropriated by digital technologies that seem to be shifting the nexus of power from the monopoly of authority (political or social) to that of the social collective or, indeed, of the ordinary person, either of which can effectively challenge, make counter-claims, and organise in opposition.

Yet, as the draft report of the International Panel on Social Progress “Rethinking Society for the 21st Century” warns in its Chapter on “Media and Communications”:

“As media infrastructures become more pervasive in everyday life, they increasingly mediate the human experience of the self, the other, and the world. As they connect individuals and communities, they also structure the universe of information and personalise informational exposure… Since individual autonomy is a necessary element of any form of social progress, it is essential to consider the implications of such large-scale media-based developments for the ongoing goal of social progress.”2

In relation to the politics of memory, mediations of both individual and collective memory are likely to be heavily influenced and profoundly changed by the way digital infrastructures and protocols are designed and implemented over the next decade. It is already clear, as Anna Reading has pointed out, that digital media technologies, in combination with other political, economic, social and cultural shifts “are changing human memory practices both individually and collectively.”3

What is less clear, and will require considerable interdisciplinary study to elucidate, is how digital media technologies are transforming human relationships, human behaviour, and human beings themselves.