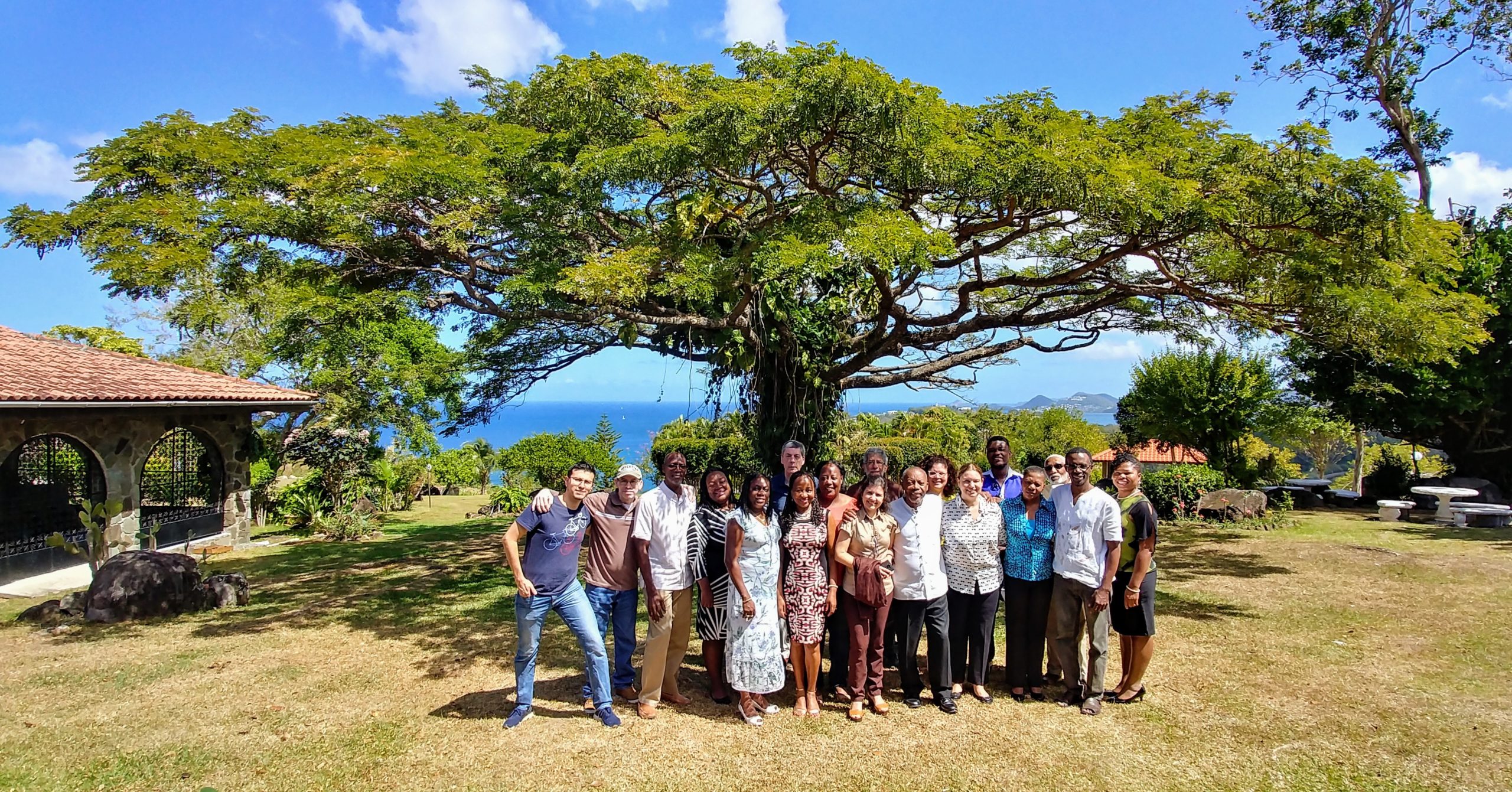 Posted at 08:00h in News, WACC Caribbean by Staff 1 Comment

WACC convened a meeting of its project partners across the Caribbean Feb. 25 to 27 to reflect on challenges and opportunities around communication rights and linguistic diversity, particularly in relation to sustainable development.

The meeting in Saint Lucia explored the following questions: What is the role of civil society in advocating for linguistic rights? How can civil society in the region forge stronger links to promote greater cooperation? How should countries adapt to meet the linguistic needs of migrants? What role does gender play in tensions around language use? Can digital communication help advance linguistic rights, enhance participation, and promote regional integration?

In setting the theme for the meeting, WACC noted that the United Nations declared 2019 as the International Year of Indigenous Languages in order to raise awareness about the importance of linguistic diversity in relation to sustainable development, culture, knowledge, and collective memory. WACC applauded this recognition by the UN, saying that “people’s ability to communicate in their own language is one of the cornerstones of communication rights.”

The meeting was attended by 11 representatives of 9 WACC project partners from Haiti, Dominican Republic, Jamaica, Saint Lucia, Puerto Rico, Cuba, and Suriname, as well as by 4 experts on topics such as gender, media systems, and cultural policy. Saint Lucia’s Folk Research Centre served as local organizer and host.

Discussions among WACC partners and experts focused on three key themes. The first one was the role of media in upholding linguistic rights. Keeping in mind that media play a critical role in establishing spaces for public debate and in shaping public discourse, participants were asked to reflect about the role the media should play in creating spaces for linguistic minorities to express themselves, whether this role should be seen as a responsibility or as merely as choice by media houses.

The second one focused on the relationship between gender dynamics, linguistic issues, and participation in society. Participants explored questions such as “do women who do not master the dominant language in a given society face greater obstacles than men?” and “do women have a special role to play in the preservation or promotion of creole or patois languages?”

The third theme focused on the challenges and opportunities for greater integration and cooperation among Caribbean countries brought about by linguistic diversity.

The recommendations stemming from this meeting of partners will be critical for WACC’s programmatic strategy for the Caribbean region in the next few years. These recommendations will also guide WACC’s advocacy and research efforts in relation to linguistic rights and sustainable development more broadly. Marylin Hyacinth, one of the participants, said the meeting helped her gain “a deeper understanding regarding language rights and gender.” She added that “the focus on how communication rights and linguistic rights are interconnected was important.”

Spanish, English, French and Dutch are the dominant colonial languages in the Caribbean, which is made up of hundreds of islands, dozens of countries and territories, and is home to more than 40 million people of Indigenous, African, European, and Asian ancestry. Nevertheless, Papiamento, Haitian Creole, Jamaican Patois, and Saint Lucian Creole, are also widely spoken in this region, a situation that has historically created tensions in many islands.

“In the Caribbean, tensions over the use of different languages have their roots in colonialism, and manifest themselves in different ways, depending on each island’s history.” said Lorenzo Vargas, WACC Program Manager for Communication and Social Change, who attended the consultation. He noted that in some islands Creole or Patois are increasingly being recognized by the state and society as “languages in their own right that deserve official status or where some services may be delivered in those languages.” But there are other islands where colonial languages are still dominant, he said. “In other islands, Creole or Patois languages may not exist, but there may be tensions around the dominance of colonial languages, as is the case in Puerto Rico.” Tensions around language often have strong class and racial undertones, “and are intertwined with access to social, economic and cultural capital.”

The diversity of languages in the Caribbean region also “poses a challenge, though not an insurmountable one, to regional integration in terms of trade, cultural exchange, and cooperation,” Vargas noted. “This is a long standing issue that has prevented greater integration in a region with great diversity but also with many historical commonalities.”

This WACC meeting was “a valuable opportunity to examine [linguistic] issues from a rights-based perspective, as well as to develop joint strategies for collaboration among WACC partners in the region,” said WACC General Secretary Philip Lee. “It is now up to WACC and its partners to move forward on the implementation of some the outcomes and recommendations of this gathering”, he concluded.