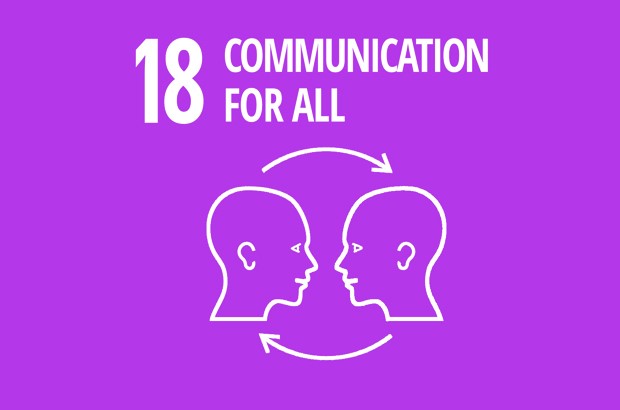 Posted at 08:45h in Media Development, News by Staff 0 Comments

The 1/2019 issue of Media Development  goes in search of the missing Sustainable Development Goal (SDG) that “underpins all the other SDGs.”

What’s been missing? Goal 18, Communication for All, argues the editorial and the essay, Shrinking Civic Space and Sustainable Development.

In 2014, an Open Working Group of government representatives created to identify the SDGs neglected to include the important role played by communications, notes the editorial. “This, despite many UN-related agencies and most civil society organisations having agreed at the World Summit on the Information Society… that independent, diverse and pluralistic media, and providing affordable access to information and communication technologies are vital to today’s information and knowledge societies and to sustainable development itself.”

SDG 18’s goal, according to the editorial, should be to “expand and strengthen public civic spaces through equitable and affordable access to communication technologies and platforms, media platforms, and media diversity.”

The issue also includes Communication is inscribed in human nature, by Michael Traber, who links the right to communicate with other social and political rights and with a democratic body politic. Traber was WACC’s former Director of Studies and Publications and Editor of Media Development.

Traber likens the role of communic 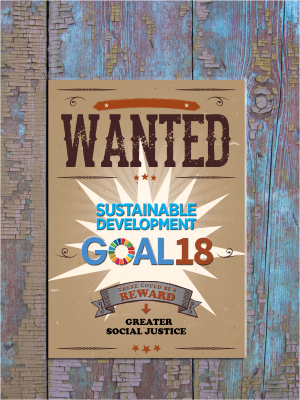 ation to the human body’s nervous system. “If the nervous stem or the immune system breaks down, the wellbeing of the entire body is in jeopardy,” Traber writes. “Similarly, no modern democracy can exist, let alone flourish, without a certain level of information and participation.”

Dev Kumar Sunuwar examines the media landscape in Indigenous communities in What do the SDGs mean for the world’s Indigenous Peoples?

“By and large, media are owned and controlled by more socially and economically powerful groups,” writes Sunuwar, adding that language remains a barrier, “as content in Indigenous mother tongues is limited in the mainstream media.”  This puts an estimated 270 million Indigenous People worldwide at a disadvantage, adds Sunuwar, since it prevents them from having access to essential news and resources. Sunuwar is Community Media Grants Project Associate at  Cultural Survival, and comes from Koits-Sunuwar, one of Nepal’s 59 Indigenous communities.

In Digital media and divide in Ethiopia, Tedla Desta surveys the ICT and digital system landscape in the largest and most populated country in the Horn of Africa.

The other articles in this issue are: