Muslim resilience and the right to communicate
20980
post-template-default,single,single-post,postid-20980,single-format-standard,theme-bridge,bridge-core-3.0.1,woocommerce-no-js,qodef-qi--no-touch,qi-addons-for-elementor-1.5.6,qode-page-transition-enabled,ajax_fade,page_not_loaded,,qode-title-hidden,columns-4,qode-child-theme-ver-1.0.0,qode-theme-ver-29.2,qode-theme-bridge,qode_header_in_grid,qode-wpml-enabled,wpb-js-composer js-comp-ver-6.10.0,vc_responsive,elementor-default,elementor-kit-41156

14 May 2016 Muslim resilience and the right to communicate 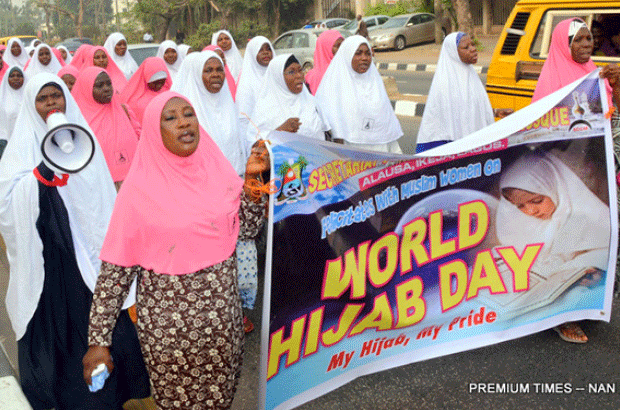 Forty-seven years ago, Jean d’Arcy, the father of the right to communicate (RTC) argued that the Universal Declaration of Human Rights will have to include a more extensive right than the right to information. He asserted, “This is the angle from which the future development of communications will have to be considered if it is to be fully understood” (d’Arcy, 1969: 1).

A few years later, Instant World – a report produced by the Canadian Department for Communications, articulated the RTC understanding to be more of a marker of a civilized democratic society that enforces both equality and inclusion. It clearly pinpointed that, “the rights to hear and be heard, to inform and to be informed, together may be regarded as the essential components of a ‘right to communicate’“(1971: 3).

Viewed in this manner, it is not surprising to see the RTC discourse being utilized recently as an indicator of self-determination by various movements and advocacy groups to voice the notion of cultural and religious rights. Here, it will be argued that this discourse can be seen in current Canadian/international trends to contest the stereotyping of Arabs and Muslims by presenting images of them as merely one of the three Bs (Billionaires, Bombers, and Belly dancers) promoted by the media (Shaheen, 2009).

Without exhausting readers with many examples of the ways media reinforce colonial stereotypes, one can easily see examples in real-life. They range from a simple slogan in a Turkish delight commercial reassuring its audience that it is “full of eastern promise”, to Muslim men in movies who are portrayed as “oil-rich”, “sex-crazed sheikhs”, and “inept terrorists” in famous films like, Indiana Jones, Harem, The Jewel Of The Nile, True Lies, and Father Of The Bride 2 (Haider, 2016). Structures of media ownership and control are explicitly linked to Muslim stereotypes in media production and distribution not only in movies, but equally in news reporting. Studies show that media apply “ideological principals each time a news story surfaces” which encourages the “racialization of Muslims by associating them with eroticized images” (Perigoe & Eid, 2014: 16-17).

Islamophobia1 has been recently seen and practiced in various forms, and it is argued in this article that it represents lack of understanding about the right to communicate. Evidently, a recent case of a grade 11 math teacher in British Columbia who said “don’t make her angry otherwise she’ll bomb you or she’s going to blow everything up” in-class to a Muslim student is just one example of an Islamophobic stance that even targeted children (CBC, 2016).

On a more international scale, a recent study concluded that the New York Times, a very reputable media outlet internationally, is voicing a “significant bias” against Islam and Muslims “that is likely to lead the average reader to ‘assign collective responsibility to Islam/Muslims for the violent actions’” (Mastracci, 2016). The study argues that such portrayal is even more negative than the portrayal of a disease like cancer.2
Ironically such Islamophobic attitudes are grounded in nothing more than discomfort and perceived racism toward Muslims in day-to-day life. The Independent newspaper also published a story about four men thrown off an American Airlines flight because they “looked too Muslim” (Ross, 2016). Relating that to the RTC research, Servaes pleaded that, “there is an urgent need for a global ethics that begins from a global cultural perspective” (2004).

More crucially, stereotypes of Muslim women are unmistakable in the media, as the Muslim women’s veil or Hijab, or the headscarf has always been a site of struggle in western societies. For them, it is simply “the most visible marker of the differentness and inferiority of Islamic societies . . . And the backwardness of Islam, and it became the open target of colonial attack and the spearhead of the assault on Muslim societies” (Ahmed, 1992: 152).

If we consider that a true democracy consists of three major dimensions: equality, participation, and a public sphere, it is important to assess some initiatives taken to challenge Islamophobia in the media, and particularly social media in recent years.

In 2014, Laurier University Students’ Public Interest Research Group (LSPIRG) started a campaign “I am not a costume” during Halloween to produce awareness on cultural appropriation and stereotyping and to start a “social conversation” on the dynamics of dress, symbols, and words used to paint a picture about a certain culture or religion. LSPIRG posted on its website that:

During the campaign, students posed holding photos that imagined one culture in the media, and not in reality, asserting that a human being is not simply a costume: a very successful campaign that covered a variety of stereotypes (Chinese, Aboriginal, Hispanic, South-Asian, Arabs, etc.).

It was an interesting experiment to document in this discussion what Canadian comedian Davidson discovered. Launching “Muslim versus Christian” profiles on Tinder website, the comedian intended to show the degree both profiles match on dating sites. In fact, the result was remarkable. While following the number of likes for both pages (which were in favour of the Muslim Sara), the “Muslim” account came under review and was then blocked. The Christian Sara account remained operating. Reactivating it and e-mailing the website administrator failed. Davidson commented:

“I have no way of knowing if it’s that users were angry because they saw I had two identical profiles, or if it had something to do with the fact that I was Muslim that I was banned. But I find it very interesting that until today, I have a fully functioning Christian Sara profile and a completely blocked Muslim profile” (2016).

While some were offended by this experiment, I would argue that it has really underscored the degree to which Islamophobia exists in real-time.

The advertising industry steps in

Despite the critique of being simply a market-driven idea run by a giant multi-national corporation, some would argue that there is a trend in the fashion and design industry lately to cater to the “Muslim-Hijabi” style, or to be more inclusive in their products by acknowledging Muslim women and their right to cultural expression. In September 2015, H&M featured its first Muslim model wearing a hijab, followed by the famous Italian Dolce & Gabbana which announced that it will produce an exclusive new line of designer hijabs and abayas (Crane-Newman, 2016).

At the beginning of 2016, a Hijarbie [Barbie as a hijab-wearing Muslim] provoked international debate between supporters and opposers, especially after Mattel introduced three physically different shapes of the famous Barbie doll. Crane-Newman documents that the Instagram account, which sees Hijarbie modelling the latest glam looks while sporting chic hijabs, amassed thousands of followers in just a few short weeks (2016). The originator of the Hijarbie, Adam who lives in Nigeria, asked the Barbie company to introduce the Hijarbie into their line in order to “better able to represent the millions of Muslim girls around the world who play with the toy” (Ibid).

Another interesting attempt to dispel the myth behind the image of Muslim women in the media is the story of Australia’s first hijabi-ballerina in the world. Inspired by two African-American ballerinas, the first hijabi Emirati weight lifter, and the first hijabi news anchor on American television to pursue her passion, Stephanie Kurlow (14 years old) stated, “Dancing is like flying for me. It makes me feel free” (Pesce, 2016).

Kurlow wants only to share this form of art after converting to Islam a few years ago. She adds, that she wants to “inspire other young people who maybe don’t feel so confident to follow their dreams due to the outfits they wear, religious beliefs or lack of opportunities” (Pesce, 2016).

I have argued elsewhere that the “communication media are one of the significant indicators of the practice of pluralism, diversity and the right to communicate in everyday existence” (Dakroury, 2006: 36). Such an understanding has been squarely articulated within both the RTC literature as well as in advocacy groups. Toby Mendel, the programme director of Article 19, pointed out on World Press Freedom Day, that an RTC will never materialize unless “the right of every individual or community to have its stories and views heard” is enforced within cultures and societies (2003). In this respect, one can notice a strong tide of advocacy work in dispelling Muslim stereotypes within Muslim communities themselves (as part of their own resistance against stereotypes and islamophobia).

One interesting attempt is led by the Canadian Council of Muslim women that provides some ground work, engages in societal dialogue, and produces policy proposals on perception and attitudes towards Muslims (especially in Canada in the wake of the 2015 shooting). I would argue that Muslim Link (http://muslimlink.ca), an online community hub that aims to “build community through storytelling” (Muslim Link, 2016), is one means of expressing the right to communicate for the Muslim Community in the Canadian capital city.

Topics vary from education, business, arts, culture, and community service to showcasing Muslims as an integral part of Canadian society. One can see unconventional headlines like “Using art to address the impact of Islamophobia on children”, or sponsorship for an initiative like “Ottawa Hijab Solidarity Day”, or “Walking with our Muslim Sisters”. These are important initiatives to challenge Islamophobia, to share stories, to give voices to the voiceless, and to practice the right to communicate in real life.