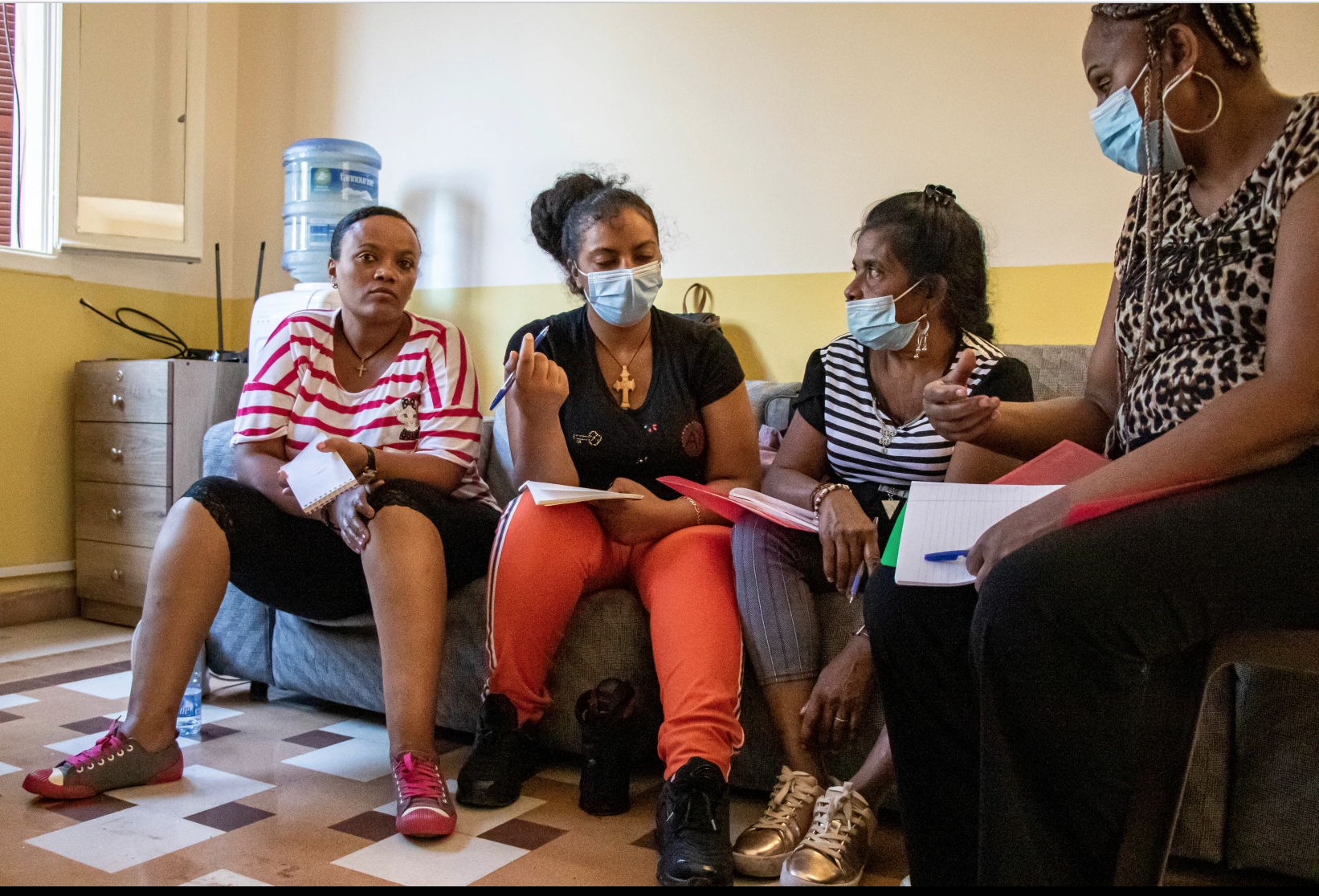 Lebanese news headlines about migrant workers are “getting more negative,” with clear biases detected “by word and tone,” says a media monitoring report published as part of a WACC-supported project in Lebanon. The report will be launched via Facebook Live on Sunday, February 27, at 3 p.m. (Beirut time).

Negative news articles often portrayed citizen-employers as “superior to migrant workers and Lebanese workers as above domestic work, perpetuating racist, sexist, scapegoating discourses,” said the research study, Media Monitoring Report: Analyzing News about Migrant Workers in Lebanon. There were headlines, for example, that used the derogatory Arabic term “khadam” (servant) instead of worker, and others that referred to employers of a migrant domestic worker as “her owners.”

The study was prepared by the Institute of Media Research and Training at Lebanese American University (LAU), as part of a project implemented by the Anti-Racism Movement (ARM), a local civil society organization and WACC partner. The project, Challenging Discrimination in Lebanon: Migrant Workers’ Newsroom, was implemented in response to observations by migration and communication rights activists that Lebanese news media tend to publish stories that misrepresent the needs and deny the rights of migrant workers.

Lebanon has about 207,000 migrant workers, mostly from Ethiopia, Bangladesh, Egypt, Sri Lanka, and Sudan. Migrant workers are employed under the “Kafala” or sponsorship system, which ARM, and other human rights groups have likened to slavery and human trafficking. Before Lebanon’s economic crisis in 2020, it hosted over 400,000 migrant workers, more than half of whom were employed as domestic worker, said the study.

The study, which used qualitative and quantitative analysis, monitored a random sample of 197 headlines published in English and Arabic by Lebanese news TV, newspapers, and news websites from January 2020 to September 2021. It also conducted an in-depth analysis of 18 news reports, which had an equal number of stories coded as portraying negative, positive and neutral bias.

It also noted a difference in sentiment between headlines published in Arabic and English, with Arabic news having “a near equal number of headlines that were negative, positive, and neutral towards migrant workers.” In contrast, a majority of English headlines were positive (60%), 24% neutral, and 16% negative.

The study also noted “bias through selection and omission,” in the headlines that were coded and analyzed. “Within many, the why was missing from the headlines,” it said. It cited such examples as stories about migrant protests that don’t indicate the reason for such action, or migrant workers being fired “but no mention of why,” or multiple headlines about a migrant worker being “put up for sale on social media, but [no mention] of the citizen-employer who placed the notice.”

It also noted that “news of a Lebanese citizen committing suicide is published in emotional details, yet articles covering the death by suicide of migrant workers dehumanizes them by usually being short, written in a neutral tone, and missing any human element.”

A content analysis of news articles with negative sentiments also found that none quoted migrant workers even though the story was about them, “thus silencing migrant workers.” The articles also portrayed Lebanese persons as victims, while perpetuating “the trope of migrant workers as tragic victims.” Many also represented Lebanon as a welcoming country,Lebanese people as loving, but migrant workers as “ungrateful, greedy, hateful, and violent.”

Gretchen King, director of pedagogy and curriculum design at the Institute of Media Research and Training, and assistant professor of communication and multimedia journalism at LAU was the study’s principal investigator.

ABOVE : Migrant workers during a digital media training conducted by the Anti-Racism Movement’s Migrant Community Center. Photo by ARM