On the Screen
20975
post-template-default,single,single-post,postid-20975,single-format-standard,theme-bridge,bridge-core-2.6.1,woocommerce-no-js,qode-page-transition-enabled,ajax_fade,page_not_loaded,,qode-title-hidden,side_area_uncovered_from_content,columns-4,qode-child-theme-ver-1.0.0,qode-theme-ver-24.6,qode-theme-bridge,qode_header_in_grid,qode-wpml-enabled,wpb-js-composer js-comp-ver-6.4.2,vc_responsive

Posted at 22:14h in Media Development by wacc_kn 0 Comments 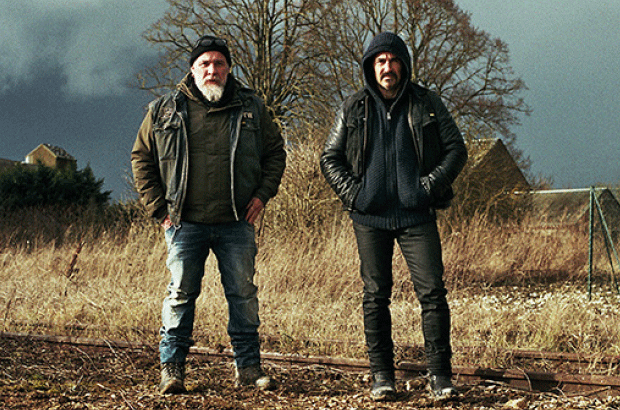 The Ecumenical Jury at the 37th Film Festival Max Ophüls in Saarbrücken awarded its Prize of €2,000 donated by the Evangelical and Catholic Associations for Adult Education in the Saarland, to the film Der Nachtmahr (The Nightmare) by AKIZ (Germany, 2015).

“The Nightmare” deals with anxieties. The audience takes part in Tina’s growing self-awareness. She meets her own “dark” side in the form of a strange creature which she learns to accept

At the 66th International Film Festival Berlin (February 11-21, 2016) the Prize of the Ecumenical Jury in the International Competition was awarded to the documentary Fuocoammare / Fire at Sea directed by Gianfranco Rosi (Italy/ France, 2015).

Fuocoammare interweaves the destinies of African refugees with the life of an Italian fishing family on the island of Lampedusa. Through poetically meaningful images, Rosi illuminates these separate worlds, connecting them through the character of a doctor, and through the motif of the sea, which nourishes some and kills others. A film that crafts a new perspective of the catastrophe, a film that refuses to allow the status quo to go unquestioned.

The Prize of the Ecumenical Jury in the Panorama, endowed with 2500.€ by the Catholic Film Work in Germany, was awarded to Les Premiers, les Derniers / The First, The Last directed by Bouli Lanners (Belgium/France, 2016).

Two outcast lovers on the run. Two hitmen on their trail. Many gunshots. And it all oddly leads to a powerful plea for humanity. With gorgeously photographed lonely landscapes and endearingly hopeful characters, this playfully apocalyptic western paints a desolate road toward salvation, but the journey is worth the wait and the work because, as one character beautifully states, “There is more to life than breathing.” Bouli Lanners’ Les Premiers, les Derniers urges us to breathe and travel together.

In the Forum the Jury awarded its prize, endowed with 2500.€ by the Evangelical Church in Germany, ex aequo to the films Les sauteurs / Those Who Jump directed by Abou Bakar Sidibé, Estephan Wagner, Moritz Siebert (Denmark, 2016) and to Barakah yoqabil Barakah / Barakah Meets Barakah directed by Mahmoud Sabbagh (Saudi Arabia, 2016).

Les sauteurs depicts the plight of African refugees from a bold new perspective. Entrusting the camera to their co-director Abou Bakar Sidibé, a young Malien hoping to enter Europe across the notorious fences of Melilla, directors Moritz Siebert and Estephan Wagner create an intimate portrait of a community in harsh conditions. The film encourages us to look beyond countless dots on a computer monitor to see individuals who suffer, hope and endure.

Barakah Meets Barakah is a classic ‘boys meets girl’ story transposed to a refreshing and challenging context. It proposes a reflection on freedom and the role of the women in Saudi society, on the expression of self in spite of cultural impositions. The film uses humour and charm to render its political message about youth seeking freedom accessible.