On the screen MD 2015/2
20718
post-template-default,single,single-post,postid-20718,single-format-standard,theme-bridge,bridge-core-3.0.1,woocommerce-no-js,qodef-qi--no-touch,qi-addons-for-elementor-1.5.6,qode-page-transition-enabled,ajax_fade,page_not_loaded,,qode-title-hidden,columns-4,qode-child-theme-ver-1.0.0,qode-theme-ver-29.2,qode-theme-bridge,qode_header_in_grid,qode-wpml-enabled,wpb-js-composer js-comp-ver-6.10.0,vc_responsive,elementor-default,elementor-kit-41156 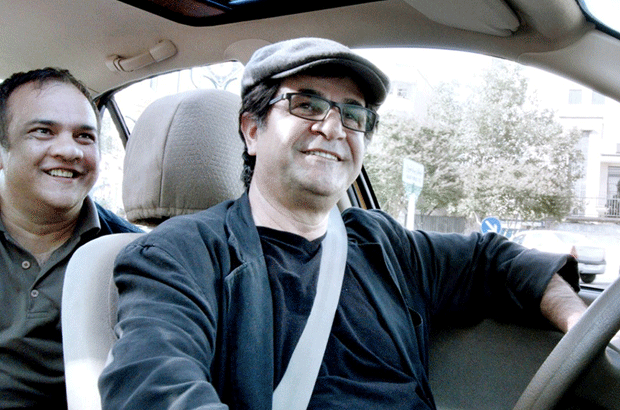 The jury decided that Taxi demonstrates “an unusual and creative way of promoting the human right to communicate, challenging censorship and breaking the taboo of silence within and about Iran. A yellow cab driving through the vibrant streets of Tehran plays host to diverse passengers who express candid views while being interviewed by the driver, who is none other than the film’s director Jafar Panahi.” The film won the Golden Bear at the 2015 Berlin Film Festival.

Taxi plays a dual role visually mediating freedom of expression while ironically showing how new technologies are part and parcel of life and social interaction today. The film underlines and critiques how media images often govern people’s understanding of what is official, authentic, and legal as opposed to what is unofficial, false or downright criminal.

Panahi’s films are known for their humanistic perspective on life in Iran, often focusing on the hardships of children, the impoverished, and women. In his own words, “I’m a filmmaker. I can’t do anything else but make films. Cinema is my expression and the meaning of my life. Nothing can prevent me from making films. Because when I’m pushed into the furthest corners I connect with my inner self.”

Abbas Kiarostami, who made Iranian cinema world-famous, often set his protagonists in cars so that the audience sees what the actor sees. The car and the eyes of the viewer became one, a large moving camera, so that the film director shares observations and thoughts with the viewers.

Jafar Panahi uses a similar technique in Taxi (still left), although the decision to do so was not entirely voluntary. Panahi is currently banned from making films in his home country and is not allowed to travel abroad. Although sentenced to a term in prison, his was freed as a result of pressure from abroad. However, he has chosen to disregard the work ban imposed on him.

Taxi is a courageous act of resistance. The director plays the taxi driver in his own film, making conversation with numerous passengers as he drives them around Tehran. Some of these passengers address Iran’s democratic abuses very directly. In this respect, Taxi is a politically committed film. 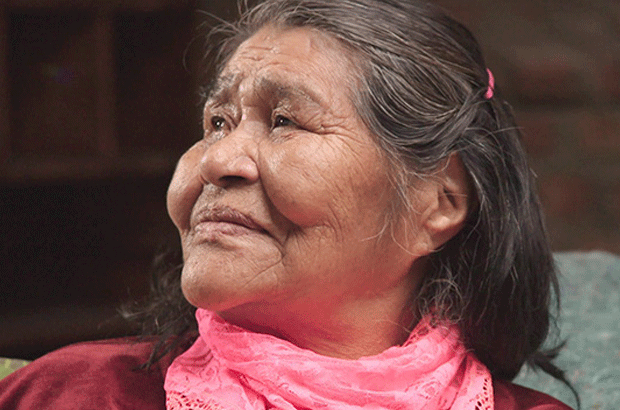 Guzmán’s documentary shows a moving history of the people of Patagonia and Chile reminding us that human suffering and injustice go beyond political and social systems. Using water not only as a symbolic tool but also as a natural element it puts the concrete story of the region’s victims, including precolonial indigenous persons and those who opposed Pinochet’s regime, into the vast perspective of humankind.

In the Panorama, the jury awarded its Prize to Ned Rifle directed by Hal Hartley, USA 2014.

Motivation: The final instalment of Hartley’s trilogy, Ned Rifle stands on its own as an engaging study of human nature and religious motives. Lead character Ned Rifle leaves his adoptive religious household when he turns 18 to kill his father in pursuit of his mother’s revenge (the subjects of the two previous films in the trilogy, Henry Fool and Fay Grim). On his journey Ned interacts with the family stalker, his uncle, his mother and his father as he seeks redemption. Beautiful cinematography and an engaging script combine drama, comedy and a keen exploration of good and evil.

In the Forum, the jury awarded its Prize to Histoire de Judas directed by Rabah Ameur-Zaïmeche, France 2015. This timeless historical drama about the life of Jesus is told from the perspective of Judas, one of his disciples, who traditionally has been seen as the betrayer of Jesus. In this film he is portrayed like Jesus, a victim of the power and oppression of the Roman rulers.

This passion play asks viewers to look beyond prejudices and attempt to understand the life and message of Jesus. With an awareness of current world political events Histoire de Judas makes a strong case for our need to listen to the stories of the marginalized. 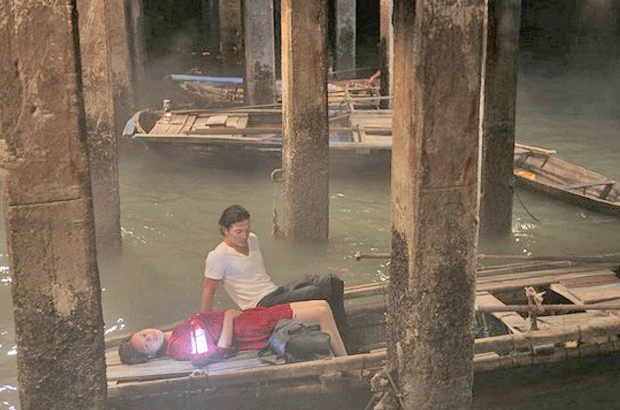 At the 29th Festival International des Films de Fribourg (21-28 March 2015) the Ecumenical Jury Award of INTERFILM and SIGNIS consisting of CHF 5’000 is given jointly by two institutions of the churches working in development cooperation, Fastenopfer (Catholic) and Bread for All (Protestant).

The award goes to the director whose film best reflects generally ethical and spiritual questions, especially questions of the meaning of life in the situation of men and women in Eastern Europe, Africa, Asia and Latin America, and stands for Human Dignity and Rights, Solidarity and lasting Development.

The Ecumenical Jury at the 29th Festival awarded its Prize to the film Flapping in the Middle of Nowhere / Dap cánh giua không trung (still below)directed by Diep Hoang Nguyen (Vietnam, 2014).

Citation: In a way that is both expressive and loaded with emotion, the film shows the daily struggles of a young couple, living in a poor environment and confronted with a pregnancy that was not planned. The efforts of the couple to rise above the limits of their environment are shown in a way that is realistic as well as poetic. The director emphasizes respect for life, the dignity of people, and conveys a hope for the future.