On the screen (MD2018/3)
21250
post-template-default,single,single-post,postid-21250,single-format-standard,theme-bridge,bridge-core-3.0.1,woocommerce-no-js,qodef-qi--no-touch,qi-addons-for-elementor-1.5.6,qode-page-transition-enabled,ajax_fade,page_not_loaded,,qode-title-hidden,columns-4,qode-child-theme-ver-1.0.0,qode-theme-ver-29.2,qode-theme-bridge,qode_header_in_grid,qode-wpml-enabled,wpb-js-composer js-comp-ver-6.10.0,vc_responsive,elementor-default,elementor-kit-41156

In 2018, the Interreligious Jury awarded its Prize endowed with CHF 5,000 to the film Almost Nothing directed by Anna de Manincor and ZimmerFrei (Italy, France, Belgium, 2018). Religious affiliation or nationality seem to be of no importance at CERN. Nevertheless, the film (still below) shows in a most convincing manner how the search for the meaning of life unites the scientists even into the smallest particle. The film succeeds in picturing the human being behind science in a humorous way and at a high level. At the same time, the film shows those human beings in an unexpected religious context.

In addition, the jury gave a Commendation to the film Stories of the Half-Light (Storie del Dormiveglia) directed by Luca Magi (Italy, 2018). The poem-like film, at a high aesthetical level, gives the human beings who are nearly voiceless a voice and gives them back their dignity.

An interreligious jury appointed by SIGNIS (World Association for Catholic Communication and INTERFILM (International Inter-Church Film Organisation) has been present at the Festival Visions du Réel in Nyon (Switzerland) since 2005. The jury includes a representative of a member of INTERFILM and SIGNIS and a member of Jewish and Muslim faith.

The jury awards a prize to a feature-length film of the international competition and possibly a commendation that sheds light on existential, social or spiritual questions as well as human values. The prize of CHF 5,000 is donated by jointly by the Swiss Catholic Church and Médias-pro, the Media Department of Reformed Churches in the French speaking part Switzerland (CER), and the Swiss Federation of Jewish Communities.

The members of the Interreligious Jury 2018 nominated by the Swiss representatives of SIGNIS and INTERFILM were Praxedis Bouwman (The Netherlands); Natalie Fritz (Switzerland) – President; Majid Movasseghi (Switzerland); Daniel Zuta (Germany).

At the 71st Festival de Cannes (8-19 May 2018) the Ecumenical Jury, appointed by INTERFILM and SIGNIS, awarded its Prize to Capharnaüm directed by Nadine Labaki (Lebanon, 2018).

Motivation: Throughout the Competition, it is women and children, the immigrants and outcasts, who have shown by their perseverance and ingenuity, love and courage, the full possibility of the human spirit. Zain, a 12 year old boy (still above),is suing his parents for giving him life. Holding nothing back, the director meets the extreme plight of children with fearless humanity.

In addition, the jury awarded a Commendation to BlacKkKlansman directed by Spike Lee (USA, 2018).

Motivation: The jury commended BlacKkKlansman, a wake-up call about continuing racism not only in the USA, but for the wider world. Told through humour and horror, this film condemns the misappropriation of religion in the cause of hatred.

At the 58th International Film Festival for Children and Youth (25 May to 2 June 2018) the Ecumenical Jury, appointed by INTERFILM and SIGNIS, awarded its Prize to Supa Modo directed by Likarion Wainaina (Kenya/Germany, 2018).

Motivation: The Ecumenical jury gave its prize to an emotional story; simple, pure, but still profound. This film invites us to face death from the perspective of a little girl, who does it with dignity, joy and courage. Like a real superhero.

The members of the jury in 2018 were: Marianela Pinto, Ecuador (President of the Jury); Ylva Liljeholm, Sweden; Jonáš Vacek, Czech Republic. 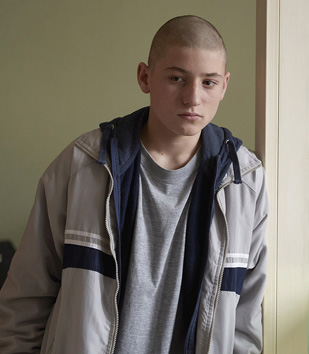 At the 47th International Film Festival Kyiv “Molodist” (27 May to 3 June 2018) the Ecumenical Jury, appointed by INTERFILM and SIGNIS, awarded its Prize in the international competition for full-length films to Retablo directed by Álvaro Delgado-Aparicio (Peru, Germany, Norway, 2018).

Motivation: 14-year-old Segundo is taught the craft of making retablos, Peruvian story-boxes, by his father. But his world collapses when he witnesses an incident. Nevertheless, his love for his father gives him the strength to move ahead. The director captivates us with the colourful and lively world he portrays and the respect he shows for the Quechuan culture of the Andes.

The Prize in the international competition for short films went to Petites filles (Grams) directed by Camille Japy (France, 2017).

Motivation: Under the shock of death, mother-daughter relationships rekindle the life force. The film reminds us with humour and in an unexpected way that death is an integral part of life.

The Prize in the international competition for student films went to Mit’ (The Moment) directed by Julia Tamtura (Ukraine, 2018).

Motivation: In only six minutes, the film shows the power of love. From the ruins of his house, a young soldier phones his mother and shares with her his belief in a hopeful and peaceful future.

The members of the jury in 2018 were: Marianna Kavka, Ukraine; Jacques Vercueils, France; Rita Weinert, Germany (President of the Jury). 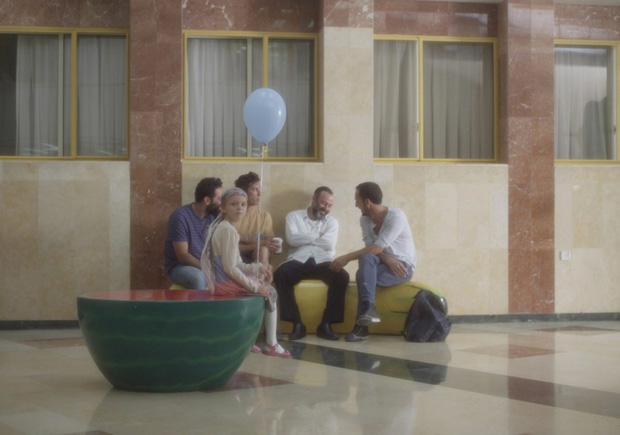 Motivation: A man goes through the process of redemption and reconciliation while trying to save his ill daughter. The jury awards the film for overcoming all kinds of narrow-mindedness to discover the healing beauty of openness and hope; for showing that God and humanity cannot be confined just to a set of rules and that one has to have a courage to be; and for its artistic quality which serves the story by adding another dimension to the experience of the struggle it tells.

In addition, the jury awarded Commendations to the films Všechno bude (Winter Flies) directed by Olmo Omerzu, Czech Republic, Slovenia, Poland, Slovakia, 2018. Motivation: The Jury awarded the film (still above) for its poetic cinematography and a story which portrays the process of changing naïve dreams and finding a new perspective of reality and home.