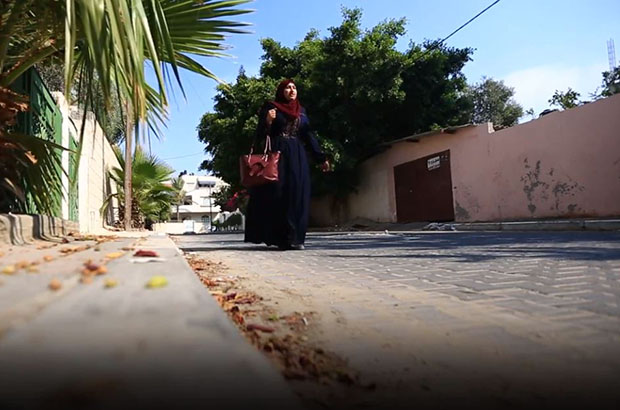 Twenty-three young Palestinian women activists have strengthened their communication and media skills and increased their knowledge of women rights and freedom of expression following a year-long project, Young Women Advocate for their Rights as Human Rights.

The project, which began in January 2018, was supported by the World Association of Christian Communications (WACC) and implemented by its partner, Community Media Center (CMC).

The project sought to enhance young women’s participation in the Gaza Strip by strengthening their capacities to express their views and exercise their right to freedom of expression. It also wanted to promote young women’s role in civic engagement and social responsibility.

“Palestinian women are disproportionately affected by the Israeli-Palestinian conflict and its social, political and economic consequences,” explained Lorenzo Vargas, WACC Communication for Social Change Programme manager. “A patriarchal social climate in Palestine often deprives them of their rights, including their right to freedom of expression and communication.”

The young women, ages 22 to 35, took part in communication and media training that enabled them to produce 68 media products, including 30 in-depth stories, three television features and five radio programmes. 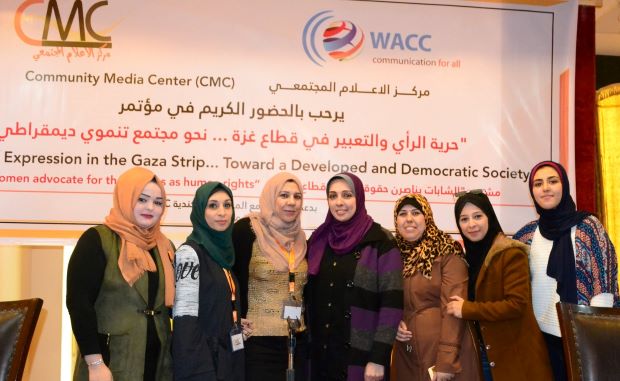 Participants also held 10 workshops with 560 women in five districts to promote women’s rights and the right to freedom of expression.

Workshops were held in tandem with a social media campaign (#اري _الك, #YouHaveAnOpinion), which received 2.25 million impressions on Facebook, and reached 121,000 accounts on Twitter, according to the CMC report.

The project ended with a conference on women’s right to freedom of expression held November 27, 2018, to which local officials and decision makers were invited. Project participants presented papers on reported violations of women’s rights to freedom of expression in the Gaza Strip. They included reported accounts of suppression involving female activists who took part in an event organized by the General Union of Palestinian Women to demand reconciliation and national unity. Media activist Hagar Harb and journalist Wissam Yassine shared personal experiences of being questioned by authorities because of critical stories they had written.

About 250 people attended the event, including a representative of UNHCR, who discussed the current situation of human rights in the Gaza Strip, and a representative of the Palestinian Journalists Syndicate, who analyzed the state of freedom of expression in Palestine. Also present were officials from the Ministry of Women’s Affairs, members of civil society organizations and local media.

The most significant impact made by the project was the high level of ownership demonstrated by the participants, who came from Gaza districts and refugee camps and represented various social, economic and cultural backgrounds, said the CMC. They demonstrated higher levels of confidence, which emboldened them to pose direct and difficult questions to policy makers and decision makers during the workshops, it added.

“Guaranteeing the rights of women and giving them opportunities to reach their full potential is critical not only for attaining gender equality, but also for meeting a wide range of development goals,” noted the CMC. “This project was part of empowering and educating young women… to give them a space to express freely their needs and rights.”

The overall intent of the project, CMC added, was to increase the young women’s sense of self-worth, their decision-making powers, their civic participation, their access to opportunities, their power and control over their lives inside and outside the home, and their ability to effect change.

Photo above: Courtesy of the Community  Media Centre