Posted at 09:31h in News, WACC Europe by Staff 0 Comments 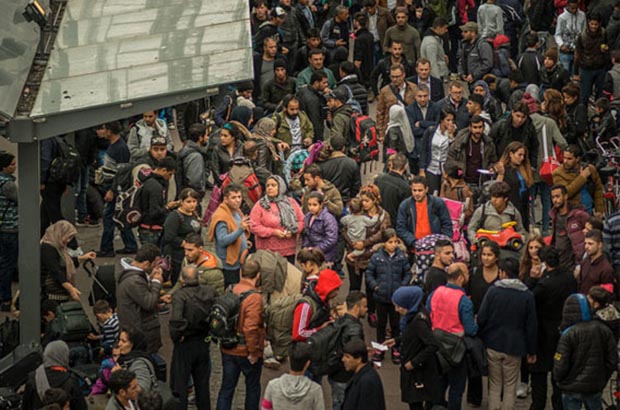 Increasing numbers of people are seeking refuge in Europe. Now, a new project aims to promote the rights of refugees to speak on their own behalf, to assess their portrayal in the media and uphold good journalistic practices, and to raise the visibility of refugee voices and networks.

Launched on 1 December by the World Association for Christian Communication – Europe (WACC Europe) and the Churches’ Commission for Migrants in Europe (CCME), the project will:

The project will last for 12 months and builds on the media monitoring methodology of the World Association for Christian Communication, already used to good effect to track gender media representation and portrayal.

More information about the project can be found on a special website: www.refugeesreporting.eu

The project will also contribute to the “Safe Passage” project of CCME which seeks to respond to the dramatic migration and refugee routes in the Mediterranean, primarily through the sharing of stories by refugees and as a support for advocacy.

Funding for the project is coming from the Otto per Mille fund (OPM) of the Waldensian Church in Italy, as well as the Churches’ Commission for Migrants in Europe, the Evangelical Church in the Rhineland (Germany), and the World Council of Churches, with additional support from the Conference of European Churches and the World Association for Christian Communication.

Stephen Brown, president of WACC Europe, said: “Media in Europe play a key role in how refugees are currently perceived in our various countries. We want to highlight ways in which media promote the rights of refugees to speak on their own behalf, and to uphold journalistic practices that challenge fears and disinformation.”

Doris Peschke, general secretary of CCME, said: “Facilitating that refugees speak themselves about their experience, their fears, their desires and views on their future could help restore their dignity. We are excited to be part of a project which will let refugees speak rather than everyone else speaking about them.”

WACC Europe is the European regional association of the World Association for Christian Communication (www.waccglobal.org), which builds on communication rights in order to promote social justice, supporting people of all faiths, ethnicities, and cultures worldwide. WACC has individual and corporate members in 120 countries worldwide. WACC’s UK office is facilitating the support from OPM.

The Churches’ Commission for Migrants in Europe (www.ccme.be) is the ecumenical agency on migration and integration, asylum and refugees, and against racism and discrimination in Europe. Members are Anglican, Orthodox and Protestant Churches and Councils of Churches as well as church-related agencies in presently 18 European countries. CCME cooperates with the Conference of European Churches and the World Council of Churches.