Pushing the limits of media freedom in the interest of democratic protest
22200
post-template-default,single,single-post,postid-22200,single-format-standard,theme-bridge,bridge-core-3.0.1,woocommerce-no-js,qodef-qi--no-touch,qi-addons-for-elementor-1.5.6,qode-page-transition-enabled,ajax_fade,page_not_loaded,,qode-title-hidden,columns-4,qode-child-theme-ver-1.0.0,qode-theme-ver-29.2,qode-theme-bridge,qode_header_in_grid,qode-wpml-enabled,wpb-js-composer js-comp-ver-6.10.0,vc_responsive,elementor-default,elementor-kit-41156 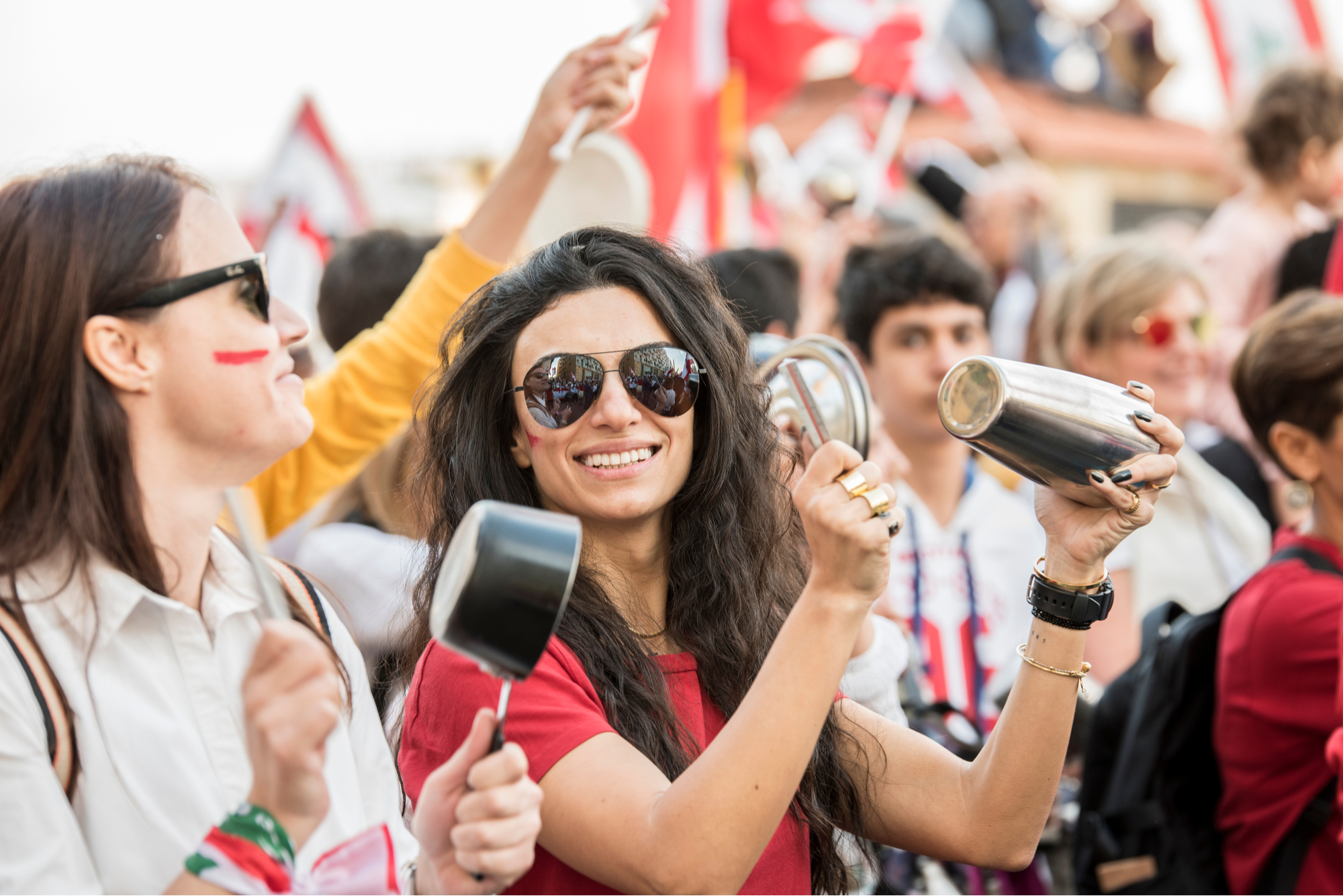 A report from Lebanon’s Maharat Foundation examines the role of freedom of expression and media during the 2019 uprising.

Maharat’s aim is to create societal and political conditions that enhance freedom of expression and access to information both online and offline. It equips a progressive community in Lebanon and the region with the skills and knowledge necessary to bring about change.

The Lebanese “revolution” began on 17 October and carried on until the end of December 2019. It resulted in major transformations in Lebanese social life, whose repercussions will be felt for a long time to come.

Titled “Monitoring Freedom of Expression and Media during the Revolution 17 October – 31 December 2019”, observers examined a new media phenomenon. As described in the report, “People criticized politicians freely and their expression reached the extent of defamation, and public accusation of corruption and theft. This way of expression was used daily by the protesters through different media platforms without any fear or formalities. Thus, the popular movement deserved the name ‘revolution’ because it broke all the principles of the traditional ways of expression, and broke the barrier of fear of prosecutions.”

On other channels, the protests and popular movements became a main part of media coverage, such that these institutions seemed part of the revolution and a mirror for the people protesting.

The events in Lebanon at this time recall the People Power Revolution of 1986 in the Philippines, in which the independent Radio Veritas took the side of civil disobedience. The difference, today, of course, is that digital platforms have the potential to become the voice of the people and of nonviolent democratic protest.