Report urges media to change refugee narrative
A “pattern of invisibility” of refugees and migrants themselves can be found in news reports on asylum and migration in European media, according to a new report presented in Brussels on 16 November 2017.
refugees, migrants, refugee reporting, ethical journalism, Europe, media representation, right to communicate, Churches’ Commission for Migrants in Europe
21171
post-template-default,single,single-post,postid-21171,single-format-standard,theme-bridge,bridge-core-3.0.1,woocommerce-no-js,qodef-qi--no-touch,qi-addons-for-elementor-1.5.6,qode-page-transition-enabled,ajax_fade,page_not_loaded,,qode-title-hidden,columns-4,qode-child-theme-ver-1.0.0,qode-theme-ver-29.2,qode-theme-bridge,qode_header_in_grid,qode-wpml-enabled,wpb-js-composer js-comp-ver-6.10.0,vc_responsive,elementor-default,elementor-kit-41156 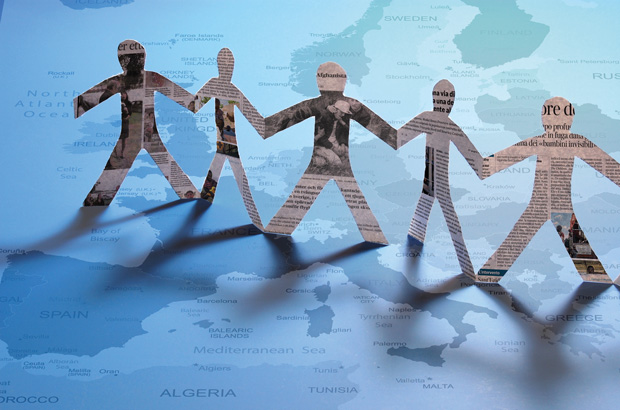 A “pattern of invisibility” of refugees and migrants themselves can be found in news reports on asylum and migration in European media, according to a new report presented in Brussels on 16 November 2017.

Entitled, “Changing the Narrative: Media Representation of Refugees and Migrants in Europe”, the report is the result of a 12-month project – Refugee Reporting – coordinated by the World Association for Christian Communication – Europe region (WACC Europe) and the Churches’ Commission for Migrants in Europe (CCME).

“As organizations committed to communication rights and refugee rights, we believe that the voices of refugees and migrants themselves need to be heard in the media to better inform the public debate,” WACC Europe president, Stephen Brown, and CCME general secretary, Doris Peschke, write in a foreword to the report. “WACC Europe and CCME believe that the representation of refugees and migrants in the media both reflect and contribute to public attitudes.”

The report goes on to make recommendations for media professionals and news organisations; refugee-led organisations and groups; and civil society organisations working with refugees and migrants.

For media, these include:

Recommendations for refugee-led organisations and groups include identifying journalists at local and national level who work on migration and asylum issues and reach out to them to develop a relationship; and understanding the needs of media in order to be able to present stories most effectively and in a way that enables media to make the best use of them.

As well as media monitoring in the seven European countries, interviews were conducted with representatives of refugee networks and media, including a consultation bringing people from both groups together to review the initial research findings.

The project was made possible with financial support from the Otto per Mille (OPM) fund of the Waldensian Church in Italy. Additional financial support came from the Evangelical Church in the Rhineland, Germany, the World Council of Churches, and CCME, in collaboration with the Conference of European Churches and WACC Global.

Photo above: Cover image for the report “Changing the Narrative: Media Representation of Refugees and Migrants in Europe.”