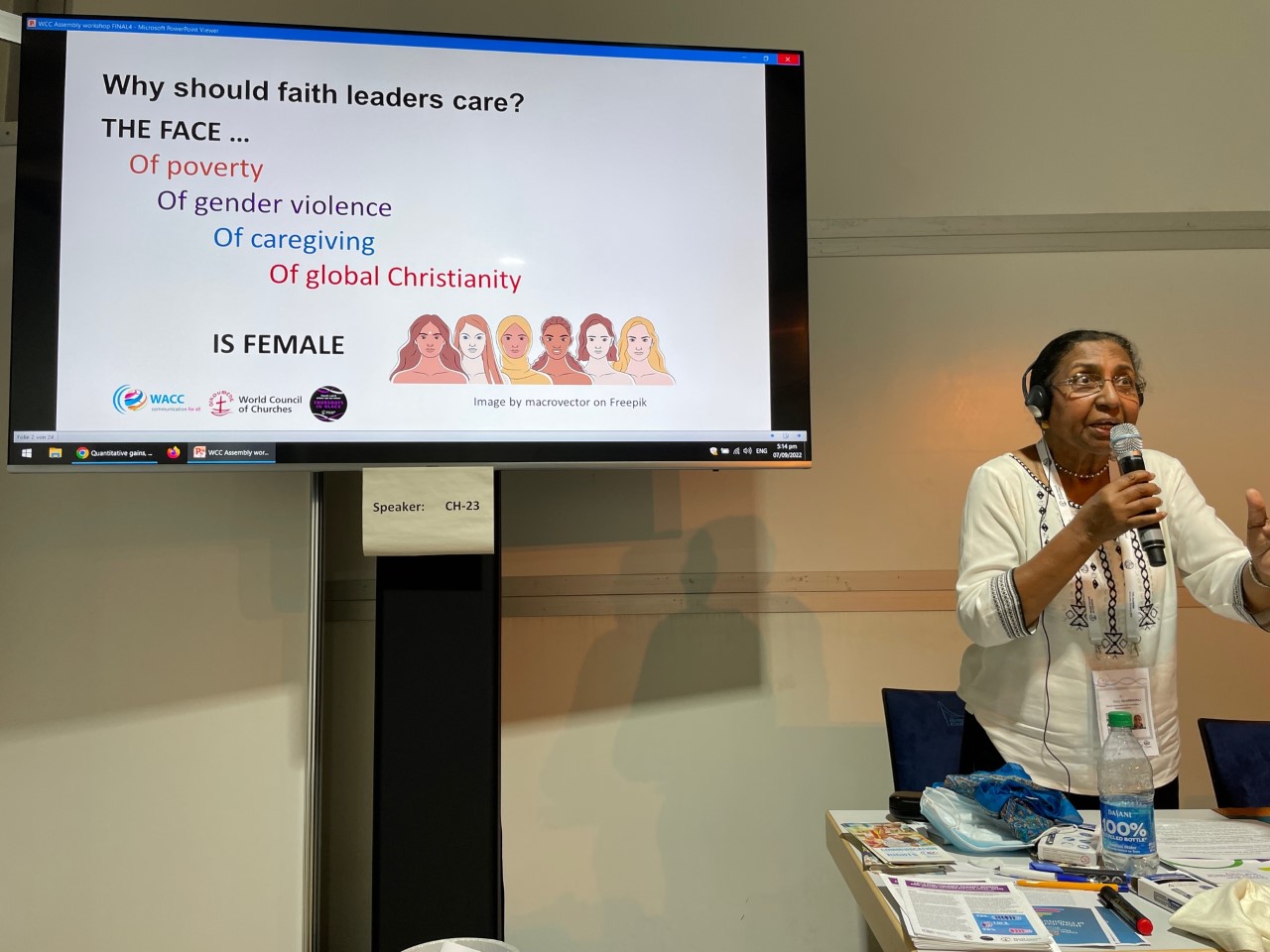 Participants at the 11th World Council of Churches (WCC) Assembly were introduced on September 7 to participatory media monitoring tools that they can use to design advocacy actions to help advance a gender-just and equal media environment during a workshop led by WACC leaders.

The workshop was meant to encourage “sharing and reflection on an ecumenical intervention to advance gender justice in and through the media,” and to generate connections that can lead to “empowerment and action to collaboratively affirm the dignity of women and address gender-based injustices, exclusion, and discrimination.” The Assembly theme Christ’s love moves the world to reconciliation and unity “raises questions about the conditions in society which create our current reality of conflict, violence and disunity,” said Dharmaraj, who facilitated the workshop. Media — traditional, digital, and social media — are major influences in how people act and perceive the world, she said. 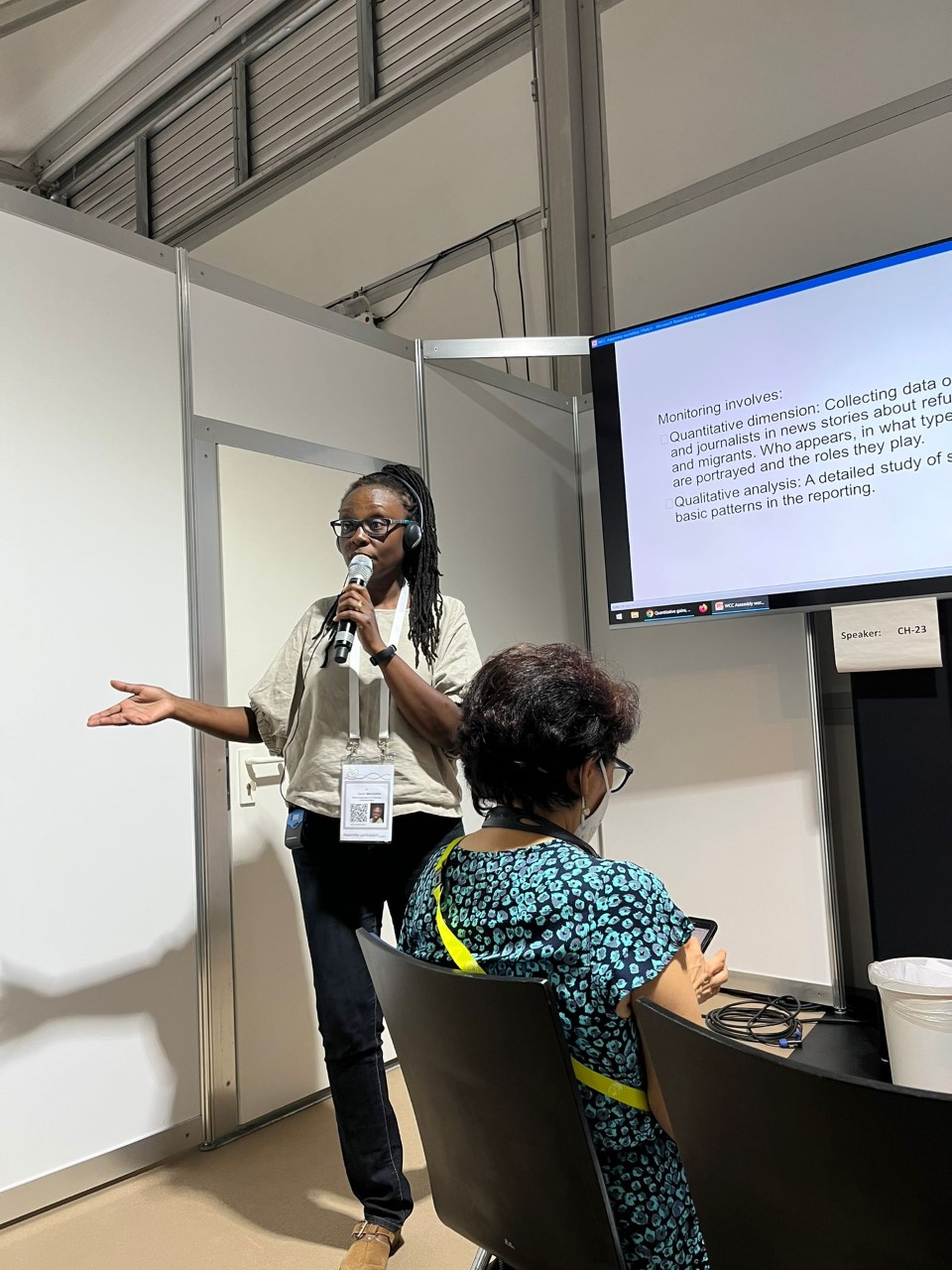 “Gender inequalities are perpetuated in and through our news, social media, and entertainment, complicating efforts to eradicate violence and discrimination against women and girls in politics, the economy, society, religion and culture,” explained the workshop material. “Gender bias, stereotyping, and misrepresentation normalize and entrench the unequal gender power relations at the root of discriminatory attitudes, behaviours, and practices.

Such practices often silence women through fear of speaking up and stigmatization. Internet-enabled violence against girls and women impedes their participation in the digital sphere, and their right to freedom of expression online, among other human rights.”

Macharia presented evidence from the Global Media Monitoring Project (GMMP), a flagship initiative started by WACC in 1995, which has amassed 25 years of data from more than 100 countries documenting the portrayal and representation of women and men in the news media. Results from the 6th GMMP were released in 2021.

Macharia then led a hands-on training on how to monitor the news media, with a focus on digital and social media, and participants broke out in groups to practice what they just learned.

Sung-Ok Lee, United Women in Faith, participated in the workshop and said, “I couldn’t emphasise more the difference it makes to monitor media for gender justice. Progress is noticeable. This is an example of positive advocacy that works over time.” 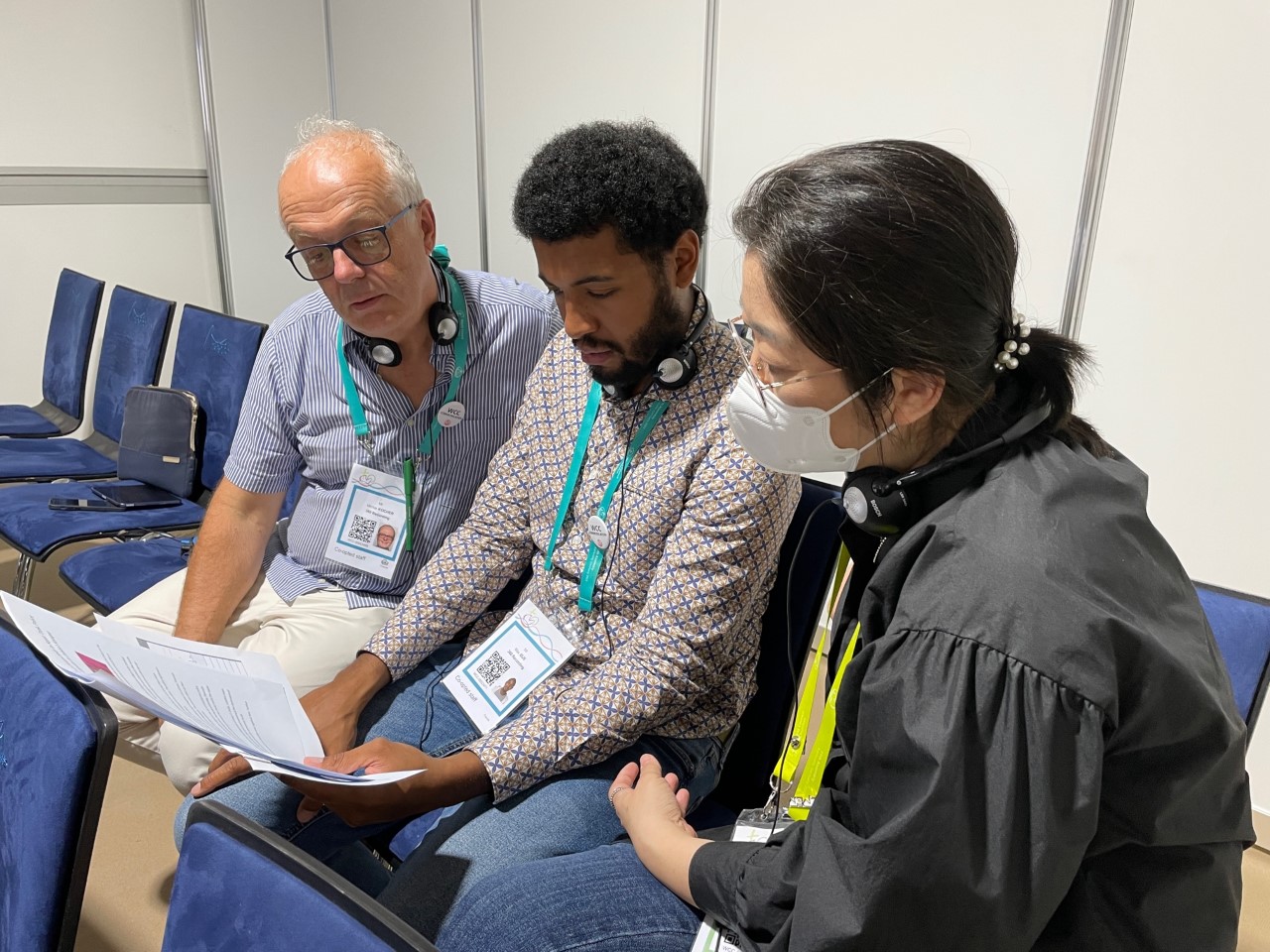 Speicher  introduced the new WACC and WCC initiative, Let’s End Violence Against Women and Secure Gender Justice, which envisions a coalition of rights-based, ecumenical, and developmental partners “acting to advance a media environment that is more equitable, sustainable, and inclusive of girls, women, and marginalized groups.”

The initiative includes, among others, a plan to create a Global Ecumenical Media Observatory, that will “publicize evidence, co-create knowledge with coalition partners through participatory media monitoring, and apply the data to advance gender justice in and through the media.”

Speicher invited participants to join the initiative, underlining that WACC, through the GMMP, and WCC, through the Thursdays in Black movement, are combining their expertise to help make the media landscape safe and just for women and girls – and for everyone.