WACC to WCC: ‘Together, we can break the barriers that obstruct gender justice in & through the media’
47689
post-template-default,single,single-post,postid-47689,single-format-standard,theme-bridge,bridge-core-3.0.1,woocommerce-no-js,qodef-qi--no-touch,qi-addons-for-elementor-1.5.6,qode-page-transition-enabled,ajax_fade,page_not_loaded,,qode-title-hidden,columns-4,qode-child-theme-ver-1.0.0,qode-theme-ver-29.2,qode-theme-bridge,qode_header_in_grid,qode-wpml-enabled,wpb-js-composer js-comp-ver-6.10.0,vc_responsive,elementor-default,elementor-kit-41156,elementor-page elementor-page-47689 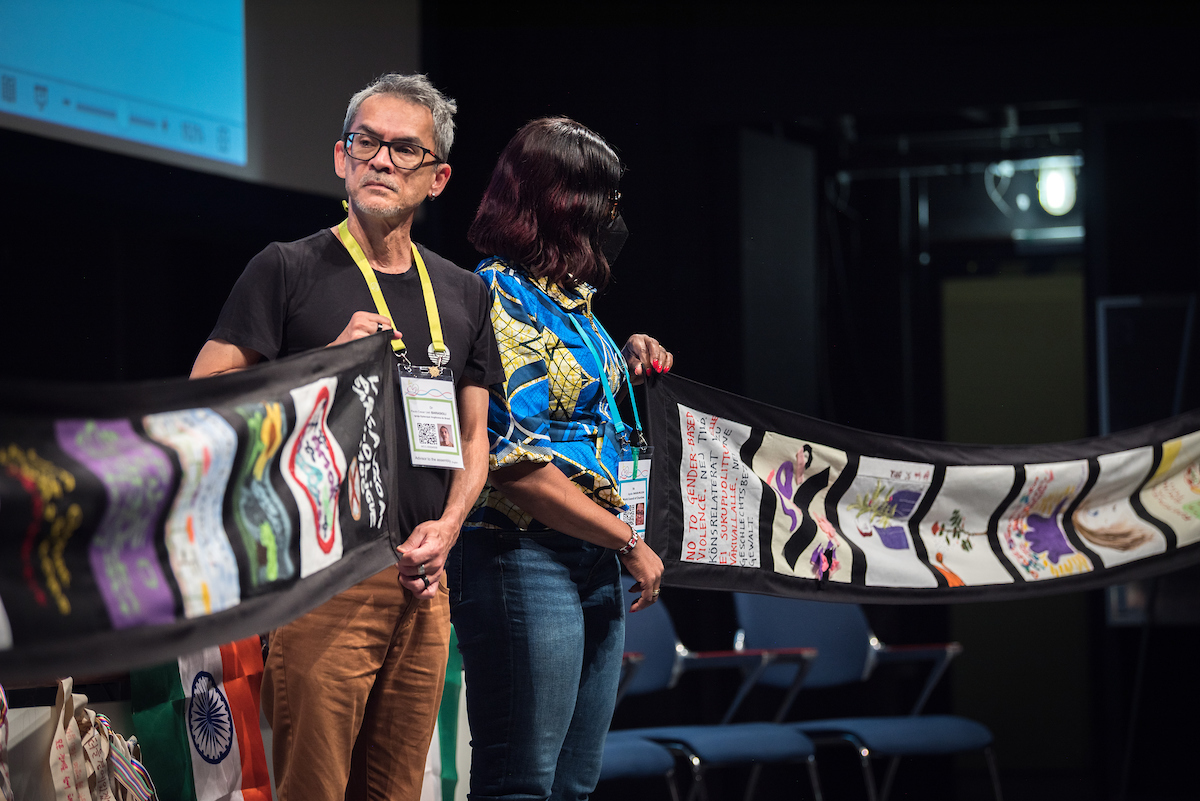 30 Aug 2022 WACC to WCC: ‘Together, we can break the barriers that obstruct gender justice in & through the media’

Saying church and ecumenical communities “can and should strongly engage with media from a gender justice perspective,” WACC Global presented a vision for an Ecumenical Gender and Media Observatory at the World Council of Churches (WCC) pre-assembly on Just Community of Women and Men in Karlsruhe, Germany.

The vision is connected to the WCC’s Thursdays in Black, a global ecumenical advocacy tool against sexual and gender-based violence.  A dedicated web page that explains the vision to end violence against women and secure gender justice has been created by WACC and the WCC.

The pre-assembly, held in advance of the WCC’s 11th Assembly August 31 to September 8, 2022, addressed the subject of “just community.” Presenters spoke of lessons from past initiatives and current challenges facing gender justice around the world.

“Media – from the news we read and watch, to the social media we participate in, to the entertainment and advertising pushed before us every day – have a major impact on our behaviours and opportunities as individuals and our societies and are one of the systemic drivers of gender injustice,” said the WACC presentation, which was presented by Sikhonzile Ndlovu, gender justice advocacy officer for the Lutheran World Federation. Sara Speicher, WACC deputy general secretary, and Dr Sarah Macharia, WACC programme manager for gender and communication, prepared the presentation on “Gender and Media Trends.”

The Global Media Monitoring Project (GMMP), a WACC initiative that has tracked the representation of women in the news media every five years since 1995, has revealed “patterns of gender inequalities persisting across time and common across world regions,” said WACC. The latest GMMP global report, published in 2021, shows that only one of every four persons who are subjects or sources in the news is a woman, an increase of only eight points in 25 years. “At this pace of change, it will take at least three more generations before we reach gender parity – and the representation of groups and women from minority and marginalized sectors is even worse.”

WACC urged attendees to be part of the vision, as individuals, churches, and organisations. “Together, we can break the barriers that obstruct gender justice in and through the media.” 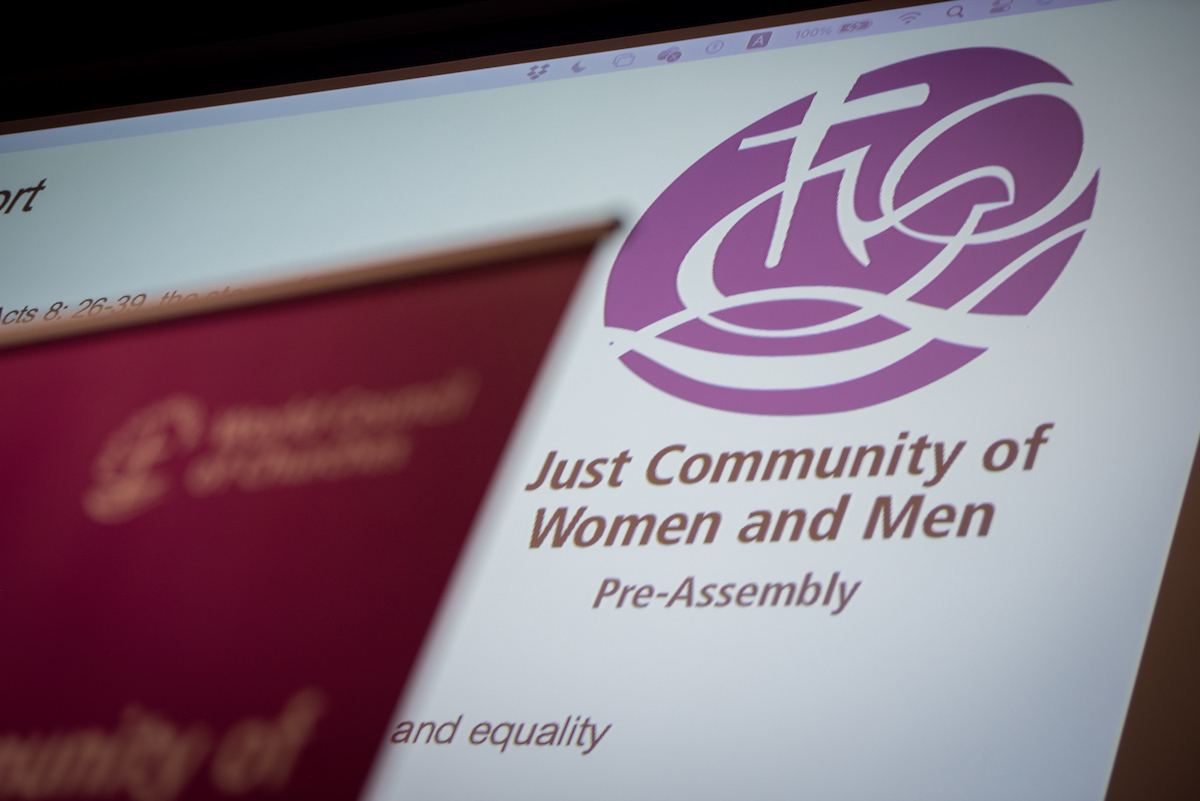 29 August 2022, Karlsruhe, Germany: Opening session of the Women and Men’s pre-assembly to the WCC 11th Assembly. Photo by Albin Hillert/WCC

Other presenters, meanwhile, discussed the widespread and systematic exclusion of women from positions of leadership, whether in churches or secular structures, the use of sexual violence as a weapon of war, and how discrimination is everywhere.

There were discussions on the global pandemic’s disproportionate impact on women, and how it often intensified issues of domestic violence, poverty, and care for families.

“Lively and passionate debate in small groups and in plenary validated all the challenges to a just and inclusive community,” reported the WCC on its website.  Many speakers added that to speak of ‘just community’ must recognize gender minorities. One speaker remarked, ‘It is not just a matter of women and men anymore.'”

Above: A quilt tapestry representing a waterfall of solidarity for survivors and resistance to rape and violence is presented during a session on WCC’s Thursdays in Black campaign. Photo by Albin Hillert/WCC