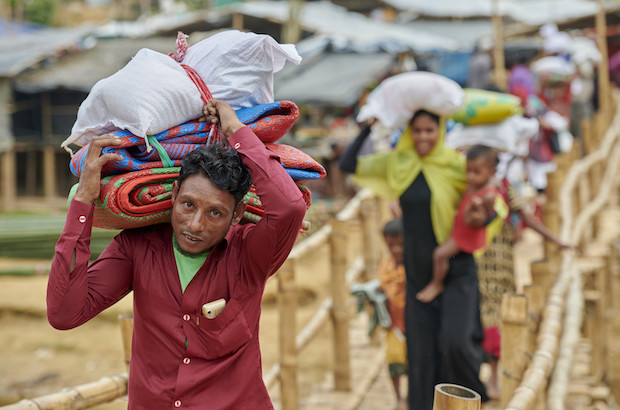 Today, June 20, is World Refugee Day and WACC is calling on communicators to “create greater awareness among the public” about the plight of displaced people, migrants and refugees worldwide and how they can help them.

There are now an unprecedented 70.8 million people forced to flee their home because of war, persecution and conflict, according to the UN High Commissioner for Refugees (UNHCR).

The UNHCR has adopted the theme #StepWithRefugees and is encouraging all citizens to “honor the resilience and determination of refugees” and to walk in solidarity with them.

“That’s 200 million people dispossessed of their homes and seeking relief in neighboring areas or countries,” said Lee. “In its bleaker moments, the UN speaks of a billion or more vulnerable poor people with nowhere to go and nothing to live on.”

Lee said “governments and civil society need to be alert to these scenarios even while setting policies and working towards a more positive outcome.”

“Ensuring communication rights across all communities and media is the only way to overcome these divides,” said Speicher. This means not only ensuring the freedom of expression of displaced persons, but also “making the means to express themselves accessible,” she said.

Communication rights also means fulfilling the right to public information and language rights, “to ensure refugees and host communities have trusted information in their own language to make the decisions they need,” Speicher said, noting that support for press freedom and ethical journalistic reporting is needed, “so that media can report accurately and knowledgeably” about critical issues.

“We also all have a role to play in our own communication, particularly through social media, to convey respect, dignity and equality for all human beings,” said Speicher.