Where did press freedom suffer most in 2013? Online.
20203
post-template-default,single,single-post,postid-20203,single-format-standard,theme-bridge,bridge-core-3.0.1,woocommerce-no-js,qodef-qi--no-touch,qi-addons-for-elementor-1.5.3,qode-page-transition-enabled,ajax_fade,page_not_loaded,,qode-title-hidden,columns-4,qode-child-theme-ver-1.0.0,qode-theme-ver-28.6,qode-theme-bridge,qode_header_in_grid,qode-wpml-enabled,wpb-js-composer js-comp-ver-6.9.0,vc_responsive,elementor-default,elementor-kit-41156 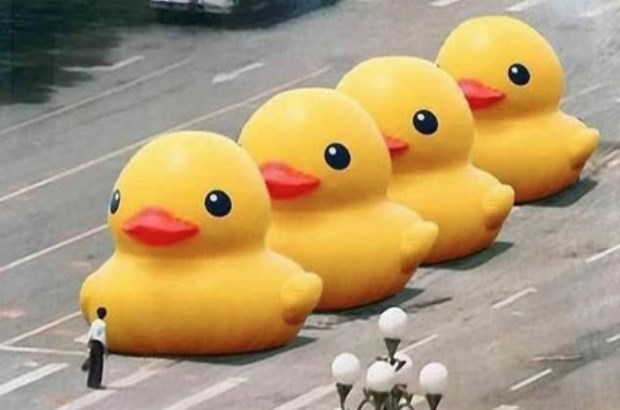 In February 2014 the Committee to Protect Journalists released its annual analysis of Attacks on the Press, including a “Risk List” of the places where press freedom suffered most in 2013. As you might expect, conflict areas filled much of the list — Syria, Egypt, Turkey — but the place on the top of the list was not a country. It was cyberspace.

In the past, the list has focused on highlighting nations where freedom of the press are under attack, but this year CPJ wrote, “We chose to add the supranational platform of cyberspace to the list because of the profound erosion of freedom on the Internet, a critical sphere for journalists worldwide.” Including cyberspace is a recognition that, at least in terms of press freedom and freedom of expression, the web is not virtual reality, it is reality.

CPJ makes clear that the Internet is a contested terrain, a space of conflict, and very much at risk. While volumes have been written about the future of digital journalism, we have not yet fully mapped the geography of emerging threats that face journalism online. This is due in part to the pace of change in journalism and technology, which presents new opportunities and reveals new threats at every turn.

In a recent post on protest, dissent and the Internet, Zeynep Tufekci wrote, “Is the Internet good or bad? It’s both, I kept saying. At the same time. In complex, new configurations.” The Committee to Protect Journalists recognizes this duality as well.

“Digital communication has become essential to newsgathering,” they write, “and the decentralized nature of the Internet has until now sheltered many journalists around the world who are restricted from reporting or expressing their opinion in traditional media.”

But, increasingly, the laws that protect our rights have not kept pace with the ways new technologies allow us to express those rights. And yet, laws designed to impede our rights seem to be spreading around the globe. CPJ points to new Internet censorship laws in China, Singapore, and Bahrain and repressive actions and threats against online journalists in Bangladesh, Russia, and Vietnam.

In addition, CPJ highlights the threats posed by online attacks on publications like the New York Times, Washington Post, and Associated Press. Just days after the CPJ report was released, the Syrian Electronic Army took credit for a major security breach of Forbes.

Our data, our selves

However, one of the key factors that spurred CPJ to add cyberspace to their Risk List was the threat to press freedom posed by mass surveillance. In fact, CPJ dedicates a separate chapter in the Attacks on the Press report to mass surveillance, writing that “Surveillance and persistent data storage have the potential to disrupt the free flow of information even in nations such as the U.S., which boasts strong protections for the freedom of the press.” This sentiment was echoed last year by a group of scholars from Columbia and MIT who filed comments with the NSA review board arguing that “the tremendous power of Internet-era monitoring raises the most serious kinds of questions about freedom, power and democracy” and “presents a grave threat to the effectiveness of an independent press.”

Debates about mass surveillance and freedom of the press often focus on threats to journalist/source confidentiality. But, the impact is much broader than that. In her post, Tufekci argues, “Our understanding of the dangers of surveillance is filtered by our thinking about previous threats to our freedoms. But today’s war is different. We’re in a new kind of environment, one that requires a new kind of understanding.”

Understanding the Internet not only as a network, but also as a place, shifts the way we think about mass surveillance. This reframing helps us understand that our data is not something abstracted from ourselves, but increasingly a fundamental part of who we are online. And the Internet is not just a pathway for our data, but a gathering place, where we come together to connect and communicate.

That is why 22 groups, including my organization Free Press, joined a lawsuit filed by the Electronic Frontier Foundation against the NSA for violating our First Amendment right of association. In announcing the lawsuit, Free Press CEO Craig Aaron connected the freedom to associate with the freedom to communicate.

“There’s no doubt that when the government tracks, logs and analyzes Americans’ phone records there’s a chilling effect on activist organizations,” Aaron said in a statement. “The freedom to communicate is absolutely vital to an organization that relies on daily interactions with its activists to challenge government and corporate wrongdoing and advocate for Internet and press freedom.”

There is another threat to press freedom and our right to assembly online that is not addressed in the recent Committee to Protect Journalists report: Net Neutrality. Just last month, a D.C. court struck a troubling blow to Net Neutrality, the simple principal that no gatekeeper – government or corporation – can stifle, block or interfere with the free flow of information online. Without these protections, Internet companies can censor content and speech they don’t like, block apps that compete with their products, and slow down traffic to websites that don’t pay new fees.

Freedom of speech was enshrined in the Constitution at a time when our voices could only reach those within earshot. Our public squares were places where speech was disseminated, where information was shared, and could reach an audience. As more information moved onto the printed page, and eventually over phone lines, our lawmakers sought to protect both speech and the networks that transmitted that speech. Both the U.S. postal service and U.S. telecom services have long been structured as “common carriers” where people’s freedom to communicate without discrimination or interference was protected in law.

This is the legacy that Net Neutrality seeks to protect as our communications move from phone lines and printed pages to the web. Giving Internet companies the power to interfere with the data that travels over their pipes has obvious implications for freedom of the press, but also for freedom of assembly. Losing Net Neutrality means Internet companies can build walls around the digital public square.

Today, we gather to communicate online in largely privatized versions of the public square, and face new gatekeepers, commercial interference and government surveillance at many levels. Our ability to assemble online cannot be separated from our ability to speak online. Net Neutrality is central to protecting both.

Today, from Egypt to Turkey and Tunisia to New York City, the role of the public square is resurgent in popular movements and political activism. But the symbolism of people occupying physical space has been both

enabled and amplified by people assembling in digital spaces. In her piece on Turkey, Tufekci describes the deeply intertwined, almost blurring, relationship between physical spaces and digital spaces.

“After each volley of tear gas, protesters would pull out their phones and turn to social media to find out what was happening, or to report events themselves. Twitter had become the capillary structure of a movement without visible leaders, without institutional structure … This wasn’t vanity, or some desperate way to inform friends that we were okay — though letting people know we were alright was often a big part of it. In the middle of Gezi one had little to no idea of what was going on elsewhere, even at the other end of the park. Social media was a lifeline.”

As Tufecki notes, today our phones often serve as a bridge between the physical and digital worlds. Last month in Kiev for example, Ukraine’s mobile phone carriers helped the government identify people who had attended protests and sent them intimidating text messages telling them they were “registered as a participant in a mass disturbance.”

The Internet and new technology have given people new tools to share their stories and new ways to connect with their communities — but have also helped empower governments that oppose journalism, transparency and accountability. The inclusion of cyberspace on the Committee to Protect Journalists’ Risk List this year is a warning about the shifting balance of power online.

The concerns we face in the U.S. are real, but we cannot understand them in isolation from the often even more intrusive violence and repression being experienced by citizens in countries around the world. “Violations of digital privacy by the U.S. and U.K. governments undermine their moral authority and ability to challenge other countries that restrict Internet freedom,” writes CPJ.

At the center of these debates, from surveillance to Net Neutrality, is a question about how our fundamental freedoms, so long expressed and protected in the physical world, will translate to the digital age. Even if we acknowledge how these two spheres are drawing closer together, that doesn’t minimize the unique challenges and threats that embody each. Tufekci makes clear we cannot simply view today’s challenges to freedom of expression through the lens of our past struggles, but CPJ illustrates how deeply interwoven the threats are. As the spaces and places in which we publish, speak and assemble grow more connected, the geography of freedom is in flux. We’ll need to draw new maps, and forge new paths, and fight new battles to protect our rights online and off.

Josh Stearns is a journalist, organizer and community strategist. He is Journalism and Public Media Campaign Director for Free Press, a national, non-partisan, non-profit organization working to reform the media through education, organizing and advocacy. He was a co-author of “Saving the News: Toward a national journalism strategy,” “Outsourcing the News: How covert consolidation is destroying newsrooms and circumventing media ownership rules,” and “On the Chopping Block: State budget battles and the future of public media.” Find him on Twitter @jcstearns.