Who’s looking out for children in the digital age?
23404
post-template-default,single,single-post,postid-23404,single-format-standard,theme-bridge,bridge-core-3.0.1,woocommerce-no-js,qodef-qi--no-touch,qi-addons-for-elementor-1.5.6,qode-page-transition-enabled,ajax_fade,page_not_loaded,,qode-title-hidden,columns-4,qode-child-theme-ver-1.0.0,qode-theme-ver-29.2,qode-theme-bridge,qode_header_in_grid,qode-wpml-enabled,wpb-js-composer js-comp-ver-6.10.0,vc_responsive,elementor-default,elementor-kit-41156 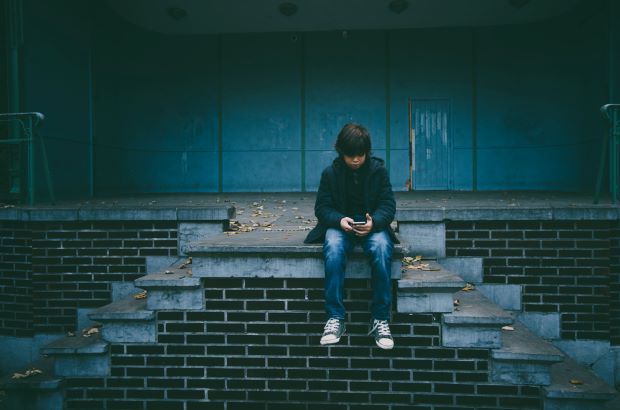 Children today would benefit from greater regulatory oversight of the Internet and social media.

In an open letter to the world’s children marking the 30th anniversary of the UN Convention on the Rights of the Child, UNICEF Executive Director Henrietta H. Fore writes that, “poverty, inequality, discrimination and distance continue to deny millions of children their rights every year, as 15,000 children under 5 still die every day, mostly from treatable diseases and other preventable causes.”

UNICEF has published its own report, For Every Child, Every Right: The Convention on the Rights of the Child at a crossroads (UNICEF, 2019), saying it is time to find a new road towards fully realizing its vision.

The report “is intended as an advocacy tool to both celebrate the achievements of the past three decades and generate dialogue on the critical work that remains. It is not a comprehensive study of the impact of the Convention on the full array of children’s rights… [but] a rallying cry for realizing the rights of every child.”

Much of the report is concerned about healthcare, the safety of children in conflict situations, and surviving the risks posed by poverty. Part of it covers the challenges that children will face in an era of climate change, when “Changing environments will increase the burden of disease on children, particularly the youngest and most vulnerable.”

The report identifies the increased scarcity of safe drinking water and sanitation as having the potential to undermine many gains in child survival rates.

In addition, children in many parts of the world are still experiencing gender inequality in their homes and communities from an early age. “Unequal household chores condition them into thinking that these duties are exclusively women’s roles, for example, thereby curtailing generational change and narrowing girls’ ambitions. Boys and girls who witness gender-based violence in the home are more likely to replicate violent relationships when they are adults, as either perpetrators or victims.”

Given that UNICEF is standing at the crossroads of before digital and after digital, there is strikingly little in this report about the impact of the Internet and social media on children. Article 13 of the Convention on the Rights of the Child (UNCRC) includes the child’s right to freedom of expression. “This right shall include freedom to seek, receive and impart information and ideas of all kinds, regardless of frontiers, either orally, in writing or in print, in the form of art, or through any other media of the child’s choice.”

The UNCRC was written before the digital era, but this crossroads report does not refer to digital challenges, despite an earlier UN report on Child Online Safety (October 2019) noting that rising Internet connectivity has the potential to transform children’s lives for the better, but also makes them vulnerable to sexual abuse, online harassment and bullying, recruitment by extremist groups, and other risks.

In addition, Article 16 of the UNCRC says that “No child shall be subjected to arbitrary or unlawful interference with his or her privacy, family, home or correspondence, nor to unlawful attacks on his or her honour and reputation.” Many are concerned that unregulated social media are conduits for just this kind of abuse.

UNICEF’s report For Every Child, Every Right: The Convention on the Rights of the Child at a crossroads is a valuable assessment of a vital dimension of the Sustainable Development Goals: creating a world in which children can thrive and survive.

It will be for communicators worldwide to campaign for more attention to be paid to both the positive and negative digital dimensions of that world and for greater regulatory oversight.