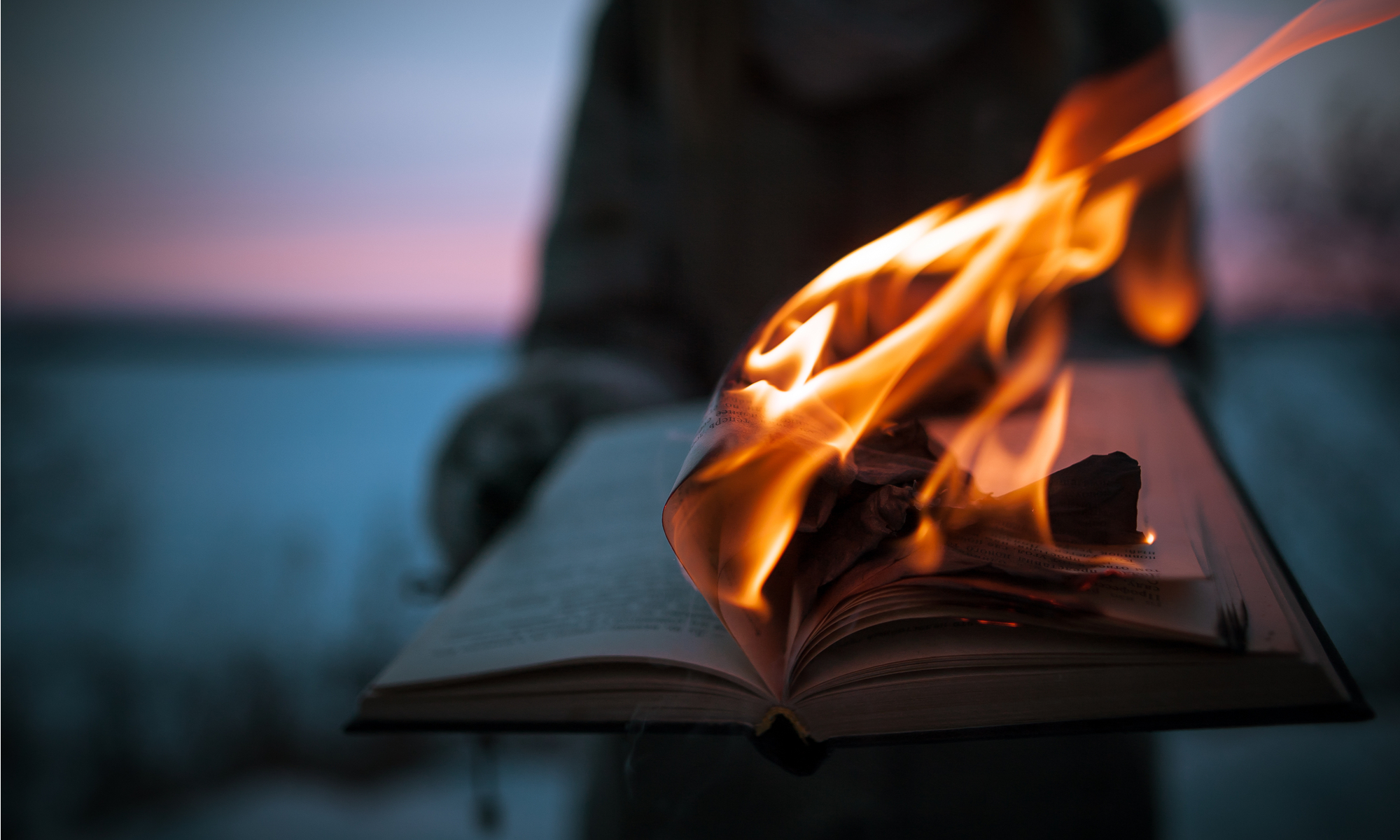 “For the past twenty years, the main issue restricting ublic debate in terms of Turkish laws has been the prosecution and imprisonment of journalists, writers and intellectuals on the grounds that they contribute to violence and terrorism.”

This quote comes from a report by English PEN, “Turkey: Freedom of Expression in Jeopardy”, published just over a year ago. It noted:

“Turkey is going through a period in which anyone thought to be in opposition… can be investigated, arrested and prosecuted for disseminating terrorist propaganda or for being a member of a terrorist organisation.”

Now, books are in the firing line. In The Guardian, 6 August 2019, Alison Flood writes, “More than 300,000 books have been removed from Turkish schools and libraries and destroyed since the attempted coup of 2016, according to Turkey’s ministry of education.” Such actions are part of a sustained campaign against Fethullah Gülen, the US-based dissident Muslim cleric accused by Turkey of instigating the failed coup. Gülen has denied involvement.

In addition, the number of investigations and charges against Turkish citizens for crimes such as “insulting the president” and “terrorist propaganda” has shot up. Accusations are being made against politicians, journalists, and activists, but also academics, artists and other creative professionals.

In a television show broadcast at the end of 2018, 76-year-old Müjdat Gezen and 78-year-old Metin Akpinar, two prominent comedians, criticized Turkish president Erdogan and anti-democratic developments in Turkey, warning against fascism. Erdogan threatened them with legal proceedings and both were subsequently detained and interrogated by police.

Stalin’s Russia and Hitler’s Germany, China under Mao Zedong and Cambodia under Pol Pot, are sinister benchmarks for the repression and murder of critical thinkers, academics, and journalists who challenged the regime. On a smaller scale but with the same intent, the 2018 report released by the Paris-based media watchdog Reporters Without Borders recorded at least 80 journalists killed that year, 348 imprisoned and 60 held hostage around the world.

Unfortunately, the war on media and journalists in the USA, Russia, and Turkey, whose presidents face mounting criticism of their policies and actions, tends to give impunity to repressive leaders elsewhere and truth-telling pays a high price.

We should recall the famous lines about media in Heinrich Heine’s play Almansor, engraved on a bronze plaque in Berlin’s Bebelplatz: “This was a prelude only; wherever they burn books they will also, in the end, burn human beings.”