14 May 2016 Negative media portrayal of Islam 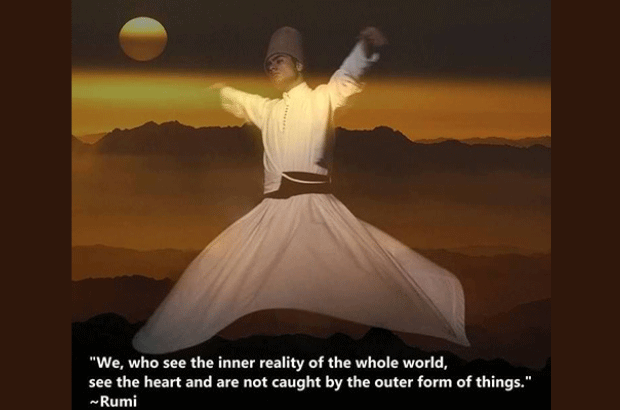 There is a current obsession in mainstream media and academic discourse pertaining to Islam and the West. This current obsession is tinged with negative signifiers with the global media’s predominantly negative portrayal of Islam and Muslims, depicting Muslims generally as violent, fanatical, bigoted, or as extremists and terrorists.

Islamophobia, fear of Islam and Muslims, has intensified with the 9/11 bombing of the World Trade Center in New York, the Taliban’s fundamentalist proscriptions and restrictions in Afghanistan, the Charlie Hebdo attack in France, and the emergence of the self-proclaimed Islamic State group (ISIS) which allegedly shows videos of the beheadings of their prisoners who are more often journalists.

There are allegations that ISIS is supported covertly by US-NATO forces, just as the Taliban was supported by the US to fight against the Soviet Union, and that the 9/11 World Trade Center bombing was used as a pretext to wage war against Afghanistan (October 2001) and oil-rich Iraq (March 2003). These were often labelled as conspiracy theories, but more in-depth investigations and analysis can bring out the truth behind each of these geopolitical events. 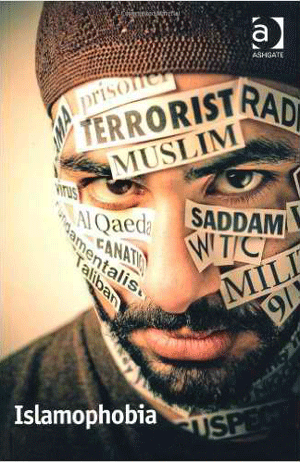 The point is that Islam has been consistently portrayed by global media as a violence-prone religion that is diametrically opposed to the West. The question of “Islam and the West” has been the theme of various academic conferences in the USA, Europe, and other countries including Malaysia; it has also been the theme of analytical writings, discourses, and publications. These trends illustrate the significance of the topic, which has significance for other countries in Asia and Africa where Muslims can be found.

Noor (2007) argued that, “Muslim identity and the concerns of Muslims are increasingly being defined in terms of an oppositional dialectic that pits Islam and Muslims against the rest of the world” (p. 261), as Islamophobia has become the mainstream media discourse “where images of Muslims as murderous fanatics abound in movies, videos and computer games” (p. 267).

He proposed that the solution to the present predicament faced by Muslims the world over can be found in the corpus of Islamic theology and praxis itself, particularly in the concept of tawhid, which refers to the unity of all creation and the fundamental equality of the singular human race. The idea of tawhid reminds Muslims that all human beings are equal and are thus entitled to their own share of respect and dignity.

As hostility and misperceptions between Muslims and Christians persist in an alleged “clash of civilizations”, Noor asserted that there is an urgent need for Muslims to get out of this rut by shifting their focus to other issues and concerns that are more universal in nature such as the debate over globalization, specifically, “the environmental movement, the pacifist movement against war and the trade of arms, the campaign for equal labor, the campaign against exploitation of children and most recently the wave of anti-globalization….” (p. 274).

When Muslim concerns for justice, equity, rights and freedom are articulated in the context of a borderless world where the audience is not only Muslims but the world as a whole, that will be the time when “the image of Islam and Muslims will stand above the crude and poisonous images we see today” (p. 276).

In relation to Noor’s ideas propounded above, it is essential to counteract the predominantly negative media portrayal of Islam and Muslims with a condensed exposition of the phenomenon of Sufism, which is barely portrayed or understood by Western media, through the writings of two Turkish Sufi spiritual masters, namely Osman Nuri Topbas on Sufi spirituality, and Bediuzzaman Said Nursi on the need for Christians and Muslims to unite in a critique of modern civilization.

It is the nature of media to report on the novel, the sensational, the bizarre, the dramatic, the extraordinary but not the ordinary occurrences in life. Hence, with regard to Islam, it does not report about peace-loving Muslims, or Muslims’ striving for holiness and daily jihad against their egos and natural temptations, or peaceful coexistence between Muslims and Christians in different parts of the world. Through an exposition of Sufism, it will be shown that Muslims who genuinely seek the path to holiness and union with God will never be murderous in their hearts but will be filled with profound gentleness and compassion for all.

Sufism: The pursuit of holiness, purification, and the way of love

The riches of Islamic spirituality are best seen in the phenomenon of Sufism, which Osman Nuri Topbas (2011) defined as “the effort to pursue a lifestyle that is harmonious with the essence of religion, by virtue of purifying oneself from material and moral defects, and embodying, in their place, a beauty of moral conduct” (p. 31).

Sufism existed from the earliest centuries when some Muslims stressed the potential of the Qur’anic message to effect an inner transformation of the believer by adopting many of the harsh ascetical practices of the Christian monks of the desert (Michel, 1997). By the 13th century, Orders or Brotherhoods of Sufis existed, each with its own form of prayer and patterns of spiritual exercises, often with its own distinctive dress, lodges, and methods of initiation. They commonly stressed the transforming power of God’s love in human hearts and understood Islam as a path to attain union of love and will with God (Michel, 1997).

Sufism is still very much alive and active in many parts of the Islamic world such as in West Africa, the Maghreb, Egypt, Sudan, South Asia, Egypt, Turkey, Pakistan, and Indonesia. Modern Muslim publications in the last four countries mentioned attest to the resurgence of interest in Sufism, but  it  is  in Turkey where Rumi came from that Sufism is thriving at its best.

Sufism has its branches depending on the method or tariqah used. The first is the path for the good, which focuses on the deeds of worship and piety; the second is the path for the virtuous, which concentrates on purifying the human soul through spiritual exercises and services; and the third is the path for lovers, which aims at attaining the same goal through love.

Osman Nuri Topbas (2011: 32-49) expounded on a few definitions of Sufism offered by saints in accordance with the spiritual manifestations they were privileged with:
• The Sufi way personifies exemplary character traits and propriety. The Sufi way is about purifying the heart and the soul.
• The Sufi way is a ceaseless spiritual combat against the ego and all kinds of natural temptations that place Muslims away from the path of the Almighty.
• Sufism means sincerity (ikhlas) which means offering all acts of worship solely for the sake of the Almighty, without any other consideration intruding on the heart.
• Sufism means standing upright on the straight path, which means acting in accordance with the morals and regulations according to the Quran and Sunnah.
• The Sufi way is obedience and submission to God, which entails establishing sentiments of contentment and submission to God deep in the heart as to come closer to Him and feel his Divine Gaze watching over him all the time.
Osman Nuri Topbas quoted Ibrahim Effendi, the renowned Sheikh of the Sufi Lodge of Aksaray, who eloquently defined the Sufi path in verses such as follows:

The verses above are only a few of the eloquent, sublime verses written by Ibrahim Effendi as quoted by Osman Nuri Topbas in his book on Sufism. With such sublime aspirations of a Sufi on the path to holiness and considering that Sufism is the spirit of Islam, the Taliban, Abu Sayyaf Group, and ISIS cannot be properly called Muslims but are rather deviants and aberrations of Islam and humanity.

A critique of neo-imperialism and modern civilization

There are reasons why Muslims feel anger and antipathy towards the West, particularly towards America. In earlier times, the anger was due to the imperialist expansions of the British Empire in Muslim lands. In contemporary times, Noor and Moten (2007) explained that Muslims are angry at seeing their co-religionists killed in Afghanistan by the U.S. forces and a thriving Iraq illegally invaded and occupied with untold death and destruction.

They are also against the Americans’ unbalanced, pro-Israeli policy in the Palestinian-Israeli conflict with its backing of Israel’s continued occupation of Palestinian lands  characterized by brutal and bloody incursions into Palestinian camps. These neo-imperialist actions by the US and NATO forces are part of a larger scheme to put nations under political, cultural, and economic hegemony of the global elites, including those who govern the Bretton Woods institutions (World Bank, IMF) and the WTO. Both Christians and Muslims need to critique, expose, and denounce the neo-imperialist actions of U.S. and its allied forces.

Muslims stand antithetical to the West in their theocentric way of life whereas the West   is marked by the separation of church and state, causing widespread secularism and humanism. Bediuzzaman Said Nursi (as cited in Michel, 2005: 87-88) was able to identify clearly the five negative principles on which modern civilization was founded:

“Might makes right,
Self-interest and competition,
The law of the jungle, everyone for himself, My race and nation are superior,
I have a right to whatever I want.”

Nursi rightly saw that if people build civilization on the principles of conflict, competition, and enmity, the result will inevitably be war and mutual destruction. This was proven by the onslaught of two World Wars which ravaged many nations in the world, and the  continuing wars or threat of wars among nations at present. Said Nursi also saw that the enemy of human happiness and ethical uprightness is unbelief, irreligion, which implies that people decide to find their own path through life without seeking divine guidance. Facing the common enemy of unbelief, Nursi called on Muslims to unite not only with their own fellow believers but also with the truly pious Christians to offer to the modern world a vision of human life and society in which God is central and God’s will is the norm of moral values.

Western civilization has brought much good and progress to many people but various currents of thought in Western history have enabled negative qualities of modern civilization to    emerge and sometimes predominate over the good. Nursi identified two negative developments in Western civilization, which has spread its influence throughout the world (as cited in Michel, 2005: 29-30). The first is that Western civilization became distant and estranged from true Christianity and based its personal and societal views on the principles of an anthropocentric Greco-Roman philosophy which placed the human person at the centre of the universe and pushed God to its margins. The second is the appalling inequality in the means of livelihood of people due to its unchecked market policies.

Nursi interpreted the Qur’an’s injunction to come to a “common term” with the People of the Book to mean that Muslims and Christians should come to a mutual awareness of their common mission to bear witness to the Divine values in the midst of modern civilization. He expressed through his writings that far from being divided by a supposed “clash of civilizations”, Muslims and Christians “are called to work together to carry on a critical civilizational dialogue with the proponents of modernity” (Michel, 2005: 31).

The predominantly negative media portrayal of Islam and Muslims needs to be balanced by widespread knowledge of peace-loving Muslims who pursue the path towards union of love and will with God. Such is the phenomenon of Sufism which has existed since the earliest centuries and is still active and thriving in many parts of the Islamic world particularly in Turkey.

Said Nursi rightly saw that Christians and Muslims need to unite in a common mission to bear witness to the divine values in the midst of modern civilization. The author agrees with Nursi because there are really deep commonalities in Islamic spirituality and Christian spirituality, and it is on the level of spirituality that these two major religions can find unity and convergence.