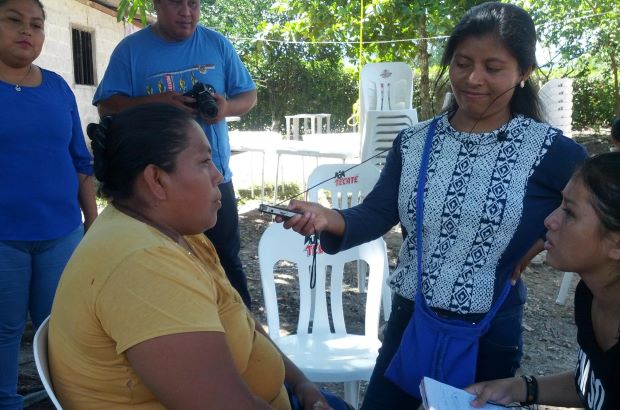 In recent years, WACC Global has supported hundreds of communication rights-related projects that have not only been innovative, but have built the leadership skills and media visibility of its partners, and left a positive imprint on marginalized communities around the world.

These were some of the conclusions reached by two different, independent consultants who conducted an evaluation of WACC-supported projects carried out 2016 to 2019.

“WACC is not just interested in grants; they are also interested in growing their partners,” said a respondent from Malawi. “In this age when most funding partners are only concerned with project implementation, WACC’s interest in the partner’s growth is something that makes us rate WACC highly.” WACC partnered with the Young Advocates for the Advancement of ICT-related Development in Malawi, which explored how community radio can use the Internet and mobile phones to enhance their work.

A respondent from the Asia Pacific Mission for Migrants (APMM), noted that “very rare are there institutions that advocate for and support initiatives to advance communication rights and ensure space for practice of these rights among the marginalised.” WACC partnered with APMM in a project to enhance the digital communication for women domestic migrant workers in the Asia-Pacific region. “It helps the people on the ground a lot to know that WACC stands by these rights and gives them the freedom to learn these by themselves, practice them in the best way they can, and assist along the way,” the respondent added.

WACC has “given tremendous support not just to the development of the programme but to the overall development of the organization,” said another respondent. The technical support – from conceptualization, monitoring and evaluation – “has helped significantly in ensuring our ability to deliver quality programmes in an efficient and transparent manner,” the respondent added.

From 2016 to 2020, WACC is supporting 65 one-year communication projects, which aim to advance, strengthen, and implement the communication rights of marginalised and excluded people and communities in countries of the Global South. Projects include providing communication infrastructure, communication rights training, awareness-building about media biases and misrepresentations, and media monitoring.

WACC support for projects have also “enhanced” the leadership and “perceptions by others of raised expertise” of its local partners. This has resulted in “requests to make submissions to policy or other fora on relevant issues, requests for collaborative working and strategic relationships, and greater public awareness of and demand for services.”

In Bosnia and Herzegovina (BaH), a WACC-supported project on gender portrayal and media monitoring, helped increase the media presence of its partner, Novi Put, established in 2010 by women fighting human trafficking. “Due to our increased media presence, information about existence of the Novi Put help line has been widely spread among BaH citizens and enabled all those in need to ask for assistance,” Novi Put told a WACC consultant in an interview.  “Media coverage of the project activities also enabled ‘Novi put’ to foster its position as one of the leading NGOs in BaH.”
Asmita, a women’s NGO in Nepal, says its partnership with WACC resulted in a request from the local UNESCO office to write a paper on gender sensitivity in the media, addressing online harassment, threats and hate speech.

Other WACC partners said WACC support for their projects enabled them to secure other grants, which expanded their work. For instance, WACC took the risk of supporting a “highly innovative” project by Si Jeunesse Savait (SJS), an NGO in the Democratic Republic of Congo (DRC), which wanted to use mobile phones to reach out to marginalised women. “Two years before DIP, SJS had developed this idea as a core part of its strategy and had been seeking donor funding for a major proposal of about €400,000,” the consultant’s report

said. “In the face of considerable scepticism among larger donors, DIP funded what was in effect a focused trial, offering the service only to schoolgirls and in just two Provinces of DRC.”

SJS learned from the experience and built on it. WACC suggested a further source for funding and helped SJS conduct a major review of its proposal. SJS subsequently partnered with a large social movement in the DRC that educates on violence against women and, “based on the revised proposal, secured funding of over €600,000 to thoroughly implement and evaluate the system on a wider basis,” the consultant’s report said.
Ninety four per cent or 33 of 35 partners who took part in the survey also “strongly agreed” that WACC-supported projects helped their organizations to continue providing leadership in communication initiatives that benefit vulnerable, marginalised and disadvantaged people and communities.

A project in Colombia, which was evaluated in October this year, noted that radio and communication trainings conducted by WACC partner Tayrona Estereo developed the research and radio production skills of 50 young Kankuamo people.

“The effects are visible in the programmatic diversity of the radio station, where young girls have their own programme twice a week; the Women Commission and young men have also their spaces,” said a consultant’s report. “In most programmes they create space for elders and youth to work together, with a strong emphasis on intergenerational dialogue. ”

WACC support extends to providing travel bursaries for regional and advocacy consultations, which are “highly valued” by partners.

“Partners value the exchange of information with others working on similar projects and in similar areas, in terms of gaining new ideas and sharing experiences,” said a consultant’s report. Others valued learning new concepts, including the right to communicate, which were “beyond their usual sphere of experience.”