Posted at 09:48h in Features by Frank Jabson 0 Comments 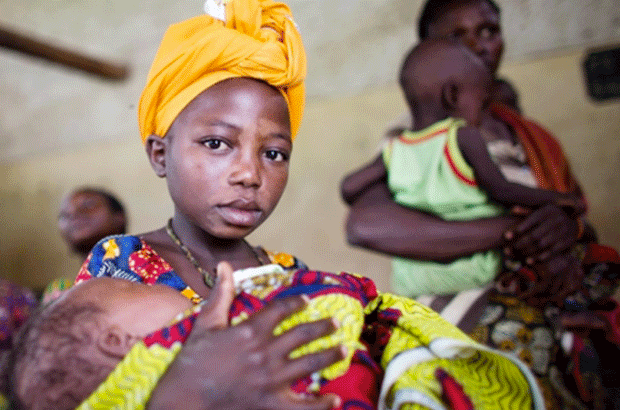 Tendai Moyo (not her real name) never enjoyed her childhood. She was born to an unemployed father and mother who struggled to put a simple meal on the table for the family.

At the age of fourteen her father fell ill and died and at the age of fifteen her mother encouraged her to get pregnant by her boyfriend and get married in return for lobola and financial support. Her short-lived marriage was characterised by poverty and violence. At the age of thirty, she is divorced and is living with her unemployed mother and struggling to raise her daughter.

“My parents only managed to send the first three of the five children to school up to Ordinary Level. I dropped off school before completing my primary education. My young brother and I then turned to vending to raise money to buy food. It was a challenging occupation because most of the customers were rough and would not pay for our products,” says Tendai dejectedly.

Tendai says that she started selling supercools, popularly known as “freezits” to school children during break time. She says it was distressing to be a vendor while other children were enjoying themselves.

“I was only ten when I started selling supercools and my young brother was eight. We would carry some boxes with the frozen supercools and sit by the school gate while some of our friends whose parents could afford school fees would be dashing in for lessons,” reveals Tendai.

Tendai adds that her efforts were aimed at supplementing the meagre earnings his father got from the part time menial jobs he did for the local community members. Things turned from bad to worse when Tendai’s father fell ill. His meagre earnings stopped coming in and there were hospital bills to be paid. Without money for medical help, Tendai’s father deteriorated quickly and he died.

Tendai says this was a big blow to the family.  Only one out of the three sisters who had reached Ordinary Level had passed. Unfortunately she was still unemployed. The other sisters who had failed their school examinations had joined in as vegetable vendors. As time went by, Zimbabwe’s economy began to tumble, and with it the fortunes facing Tendai’s family.

“We would go for days without any basic meal. We were forced to move from one house to the other as we were failing to pay for rentals. At times our clothes and scant belongings would be thrown out by angry landlords after we failed to pay rentals. At such times we would sleep in the open, even under harsh weather,” says Tendai.

One day when Tendai was seventeen, a young man proposed to her. He was from the neighbourhood. His family was reasonably well up and owned a house in the suburb. Tendai saw this as a great opportunity to escape from her poverty ridden family. Her mother encouraged the relationship. She did not think twice about having sexual relations with the young man. Tendai thought that if she fell pregnant, then the young man would be bound to marry her and support her.

Tendai got pregnant and her aunt took her to her boyfriend’s house and demanded that the family pay lobola (bridal price). For four months, Tendai stayed with her boyfriend. Not a cent was paid as lobola. The young man also became violent and would assault her severely. His family did nothing to help her. She was forced to do all the household chores and was not provided with food. When she realised that what she had seen as an opportunity to escape poverty had turned out to be the opposite, Tendai approached her family to accept her back.

She struggles to support her child on a daily basis and the father of the child has turned a blind eye to her suffering. After all he is unemployed and as such she says cannot claim maintenance.

Tendai’s story is similar to the fate that has befallen hundreds of other young girls in Zimbabwe. Young girls in Zimbabwe are getting married at a tender age to escape poverty. Others are forced by their families on religious or cultural basis. Many families in Zimbabwe consider girls as a source of income rather that a family member. The practice of early marriages has subjected girls to acute poverty and the risk of health challenges.

According to the Zimbabwe Multiple Indicator Monitoring Survey, 21% of children, mostly girls, are married before the age of 18. These marriages are not taking place in a vacuum. According to the survey, poverty, cultural and religious practices are the key drivers of child marriages in Zimbabwe. The minimum marriageable age under general law in Zimbabwe is 16 for girls and 18 for boys. Customary law, which is also part of the legal system, does not have a minimum age for marriage. This loophole has ensured that perpetrators of child marriages get away with their crimes.

Some cultural practices such as kuripira ngozi (where a girl is used as compensation for a serious crime committed by her family), kuzvarira (where a girl is married off in return for financial support and kugadzamapfihwa (where a girl is substituted for her in the event that the aunt has failed to conceive children or dies) have contributed significantly to the number of child marriages.

Religious groups also have their justifications in upholding the practice of child marriages. Chief Chiduku, a senator for Manicaland province in Zimbabwe and a member of the African Apostolic Church was once quoted saying that “there was nothing wrong with marrying off underage girls.” Child Marriage is also prevalent among the Johanne Marange Apostolic sect, commonly known as “vapostori” who constitute approximately 1.2 million members in Zimbabwe.

Zimbabwe is signatory to various international statutes such as the Convention on the Elimination of Discrimination Against Women and the Convention on the Rights of the Child. These statutes seek to promote the welfare of children and to end child marriages. Zimbabwe has failed however to domesticate these statutes. Zimbabwe has also failed to harmonise the marriage laws in order to make it easy to prosecute offenders. The new constitution defines children as any person under the age of 18 years. However, the customary act is silent about marriage issues and this makes it difficult to handle child marriages.

The impact of child marriages for girls goes beyond the obvious end to a career path. Child marriage brings an abrupt and unnatural end to a girl’s childhood and adolescence through imposing adult roles and responsibilities before she is physically, psychologically and emotionally prepared. Marriage imposes social isolation on girls, bringing unwanted separation from their friends and family. Once married, girls are most likely to feel powerless to refuse sex. Child brides find it difficult to insist on condom use by husbands who are usually older and more sexually experienced making the girls vulnerable to HIV including STIs. Child marriage can result in bonded labour or enslavement – a sentence to regular exposure to domestic or sexual violence and a pathway to commercial exploitation. Child brides are also under intense pressure to fall pregnant immediately after marriage presenting a major risk for both mother and baby.

All child marriages are shrouded in secrecy. There is no clear documentation of the challenges facing child brides. This has made it difficult for government and civil society organisations to come up with appropriate programmes to curb the practice. In an effort to bring the experiences of child brides to the fore, the Creative Centre for Communication and Development has embarked on a project, Giving a BYTE to child brides by word of MOUSE to give voice to child brides.

The project avails ICTs and makes them acceptable, accessible, available and affordable to child brides; amplify endangered speeches and raise the silenced and forgotten voices of girls; promotes and facilitates girls’ voices, views, and opinions in the public domain and accurately document child brides’ rights abuse while building a body of knowledge for advocacy purposes to influence policy and legislative change.

The project seeks to advance girls’ communication rights by responding to the needs of child brides at different levels of society who have experienced specific communication deficits in their lives, that is, not having platforms for raising their voices, producing relevant content to address their daily needs and concerns, owning media and receiving media products in a language they understand and formats that they can easily access.

The Creative Centre for Communication and Development is indebted to the World Association for Christian Communication for the financial support that has enabled the organisation to implement this programme giving a voice to child brides.